Terrible surprise from Tula gunsmiths. What will the NATO Joint Armed Forces face in the European theater of operations? 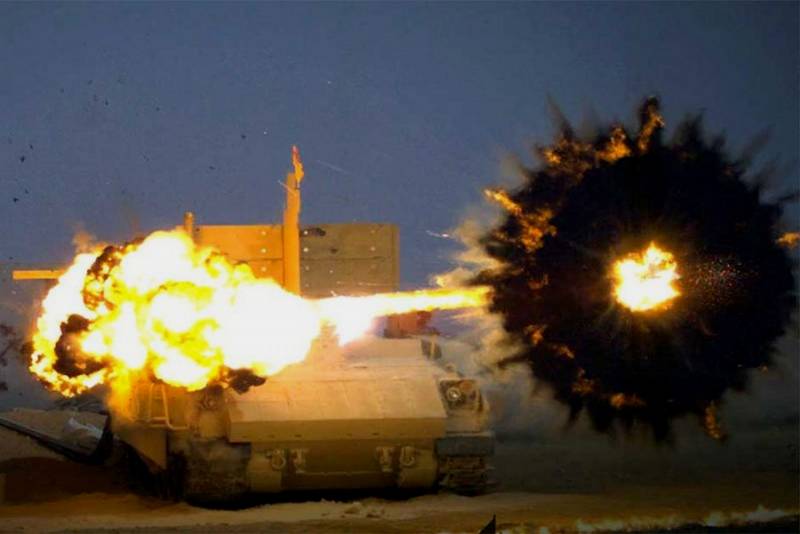 Announced two weeks earlier by Bekkhan Ozdoev, the industrial director of the cluster of weapons, ammunition and special chemistry of Rostec, the launch of a program for the development of advanced anti-tank / multipurpose missile systems by specialists of the Tula JSC “Design Bureau of Instrument Making named after Academician A.G. Shipunov "became the subject of close attention, both observers of" Military Review ", and the most knowledgeable representatives of the readership of other domestic military analytical portals.


After all, the acquisition of operational combat readiness and the supply of these anti-tank weapons to the combat units of the Russian Ground Forces will provide a number of extremely unpleasant surprises to the NATO command in the key operational areas of the European conventional theater of military operations.

In particular, starting from the information voiced by Bekkhan Ozdoev about equipping the advanced anti-tank / multipurpose missiles being developed with multispectral optoelectronic homing heads operating in the infrared and television ranges, one can come to the conclusion that the new complexes will have a number of unique operational and tactical capabilities, inaccessible to the Kornet-E, Konkurs-M and Metis-M1 ATGMs in service with classic semi-automatic laser beam control systems (as applied to Kornet-E) and wired command transmission lines.

At first, we are talking about the ability to defeat targets that are outside the limits of visual visibility for the operator (hiding either behind the "screen" of natural elements of the terrain, or in dense urban development).

This is achieved due to the complete autonomy of the operating modes of the inertial navigation unit and the infrared-television seeker (without the need to automatically keep the missile in the line of sight of the target throughout the entire flight path until the latter is hit).

Meanwhile, both at the initial and terminal sections of the trajectory, radio correction can be carried out with the subsequent re-targeting of the ATGM homing head for target designation from third-party sources of radar or optical-electronic reconnaissance in the event that a higher priority target was detected or the capture of the previous object was disrupted in communication with the use of the enemy by means of optical-electronic countermeasures.

Secondly, this is the ability to implement a flight in the "slide" mode, with the entrance to a near-vertical dive at angles of 85-87 degrees at the terminal section of the trajectory, which in some cases may allow a promising ATGM to bypass the elevation sector of the radar guidance of obsolete active protection complexes, or an elevation sector of destruction of 20-mm anti-aircraft artillery complexes Mk 15 "Vulcan Phalanx" CIWS in shipborne or ground self-propelled modifications.

Thirdly, - this is the ability to fire from closed positions on the "let it go" principle with an immediate change of positions, which, together with the absence of the need to use an emitting laser-beam guidance channel (used in ATGM "Kornet-E"), by orders of magnitude minimizes the probability opening the location of the ATGM firing position, ensuring the safety of the operator and maintaining the combat stability of the complex.

Meanwhile, it should be noted that the absence of an active radar guidance module (operating in the millimeter Ka-band) in the electronic architecture of the guidance systems of the promising Tula ATGMs,

firstly, will not provide the infrared-television seeker with the proper level of noise immunity in the event the enemy uses modern optical-electronic suppression (including optical-laser).

And secondly, will not allow maintaining the same range of direction finding and target acquisition on

All-weather self-propelled ATGM "Chrysanthemum-S" equipped with millimeter (operating in the frequency range from 100 to 150 GHz) guidance radars and 9M123-2 ATGM with a radio command guidance system can boast much higher efficiency in this situation.

Ctrl Enter
Noticed oshЫbku Highlight text and press. Ctrl + Enter
We are
Will the Pantsiri-SM-SV cover their long-range counterparts S-300V4 and Buk-M3? The situation around the renewal of military air defenseCritical technological difficulties in the development of ATGM Javelin. Part of 2
Military Reviewin Yandex News
Military Reviewin Google News
125 comments
Information
Dear reader, to leave comments on the publication, you must sign in.