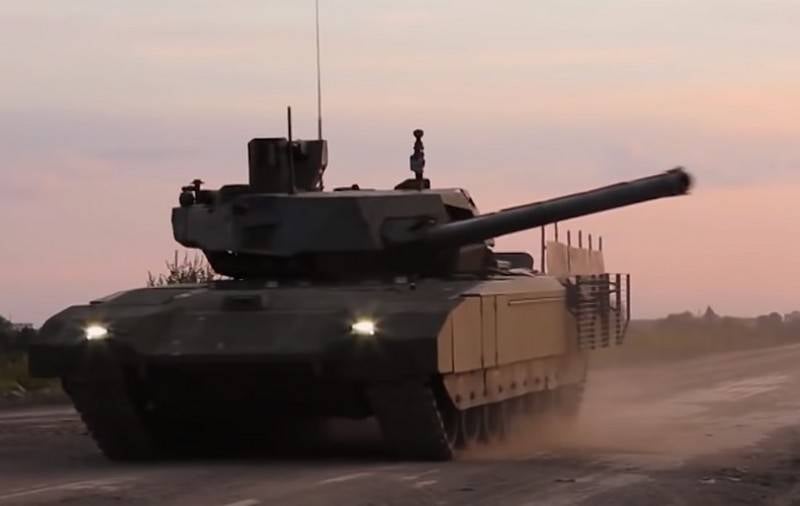 The Russian T-14 Armata tank will be presented abroad for the first time. According to the press service of Uralvagonzavod, the tank will be shown at the IDEX 2021 international arms exhibition in Abu Dhabi.

(...) an international debut will take place tank T-14 is the only one in the world belonging to the third post-war generation. The machine has a high degree of protection, including high-precision weapons, and the presence of special equipment allows it to be integrated into the automatic control system of the tactical link
- said in a statement.

This information was confirmed by Rosoboronexport, which will represent Russian defense products in the UAE. According to the head of the state corporation Alexander Mikheev, the first public presentations of the T-14 "Armata" will be held in Abu Dhabi.

For the first time we will hold public presentations of the T-14 "Armata" tank, a new Russian-made small arms: KORD assault rifles, Lebedev pistol and the latest Kalashnikov AK-19 assault rifle (...)
- said the head of Rosoboronexport.

As previously reported, in August 2020, the T-14 Armata tank received the necessary documents and permits for supplies abroad. At the same time it was reported that there were already preliminary applications for the tank.
Ctrl Enter
Noticed oshЫbku Highlight text and press. Ctrl + Enter
We are
Concern "Kalashnikov" will take part in the international exhibition of the defense industry IDEX-2015Kalashnikov rifle
Military Reviewin Yandex News
Military Reviewin Google News
77 comments
Information
Dear reader, to leave comments on the publication, you must sign in.