The Russian army has been equipped with tank trucks that can withstand a 7,62 mm bullet 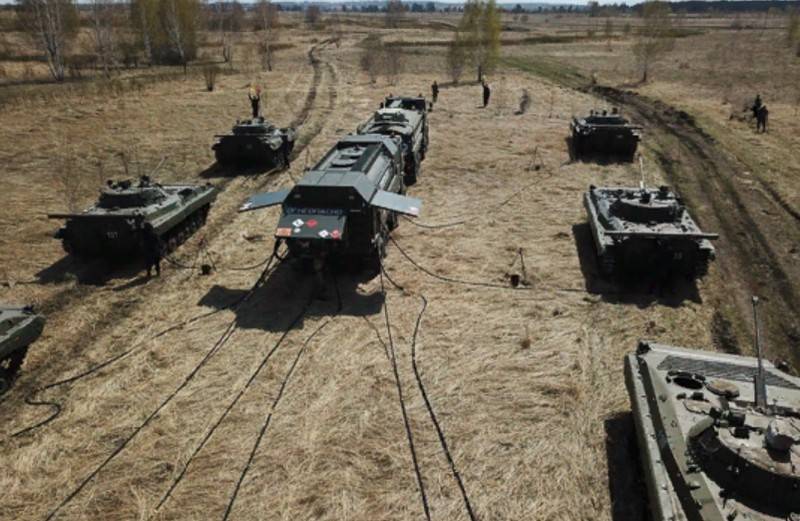 The Russian army received fuel tankers capable of withstanding a direct hit from a Kalashnikov assault rifle. Russian Deputy Defense Minister Dmitry Bulgakov spoke about this in an interview with the Krasnaya Zvezda newspaper.


According to the General of the Army, the new ATs-14-63501 fuel tanker was created using a special self-tightening polymer material that can withstand the hit of a 7,62mm Kalashnikov assault rifle bullet. The tank passed state tests and was accepted to supply the Russian army.

The main purpose of the tanker is the transportation and short-term storage of fuel. In addition, it can refuel equipment. The filling mechanism provides simultaneous filling of four units of equipment at a speed of 600 liters per minute. The total volume of the tank is 14 m3.

Also, for the supply of the Fuel Service, a mass-produced refueling station was adopted, which allows refueling ten units of equipment at the same time.

The sample was developed in such a way that when working in tandem with the ATs-14-63501 tanker, refueling tank a company of 10 tanks in the area of ​​mass refueling of equipment will take only 10 minutes
- said the general.

Bulgakov added that the Ministry of Defense is currently continuing to test promising technical equipment that will soon be supplied to equip the Russian army.
Ctrl Enter
Noticed oshЫbku Highlight text and press. Ctrl + Enter
We are
The deputy head of the Ministry of Defense told about providing the Armed Forces of the Russian Federation with new equipment and consumablesSave your body! Overview of foreign products in the field of wearable protection
Military Reviewin Yandex News
Military Reviewin Google News
32 comments
Information
Dear reader, to leave comments on the publication, you must sign in.