On the other side of the blockade ... of Karabakh and Yerevan 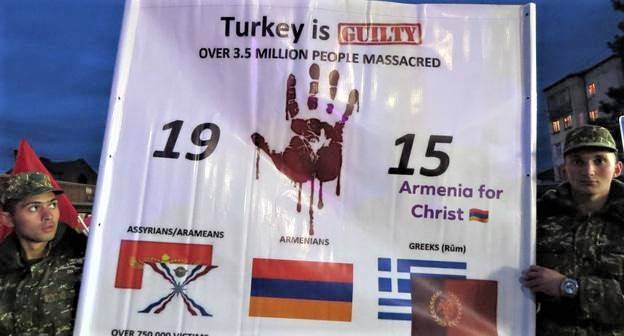 The restoration of transport and economic ties in the Transcaucasus, which is so actively advertised by Baku, Moscow and Ankara, is not at all so unambiguous. In any case, as far as Armenia is concerned.

After the "convincing," but by no means final victory of Azerbaijan's ally in the battle for Karabakh, the Turkish authorities seem to be issuing an ultimatum demand that Yerevan give up ... the saint. From a never-ending propaganda campaign for the international recognition of the Armenian Genocide in Turkey in 1915-1918.

Only then, according to Ankara, it will be possible to talk about unblocking the railway between Turkey and Armenia and, in general, the Turkey-Armenia-North Azerbaijan-Russia railway route.

By the way, this is the shortest route between Russia and Turkey, which was put into operation back in 1902. But it has been blocked by Ankara since 1993 until now. 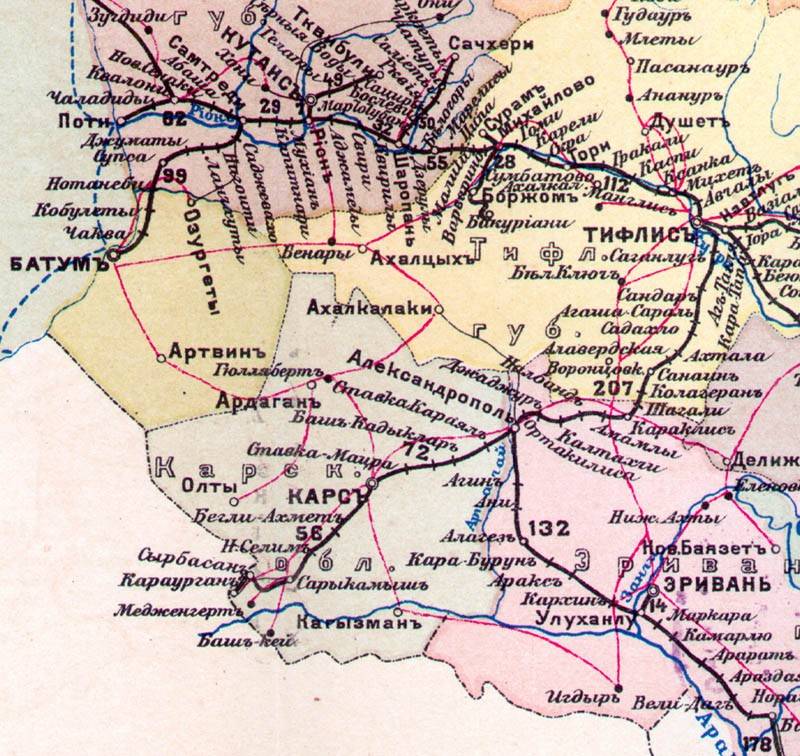 The mentioned political condition, of course, does not exist, and it could not have been in the recent agreements between Russia, Azerbaijan, Armenia and Turkey on unblocking transport arteries in the region. Nevertheless, Ankara, apparently, decided to "at once" solve the long-standing political conflict in their favor.

And the Turkish truth

The geographic logic of Turkish politicians is simple to the limit, more precisely - to lawlessness. Say, if you want to unlock, then if you please forget about what happened in the distant years of the First World War.

As for the Turkish almost ultimatum itself, Ankara has already put forward, we repeat, a condition for lifting the blockade of Armenia. According to "Yerkramas" news agency (Yerevan) on February 9, 2021,

"... in Almaty, the" Protocol on the establishment and development of bilateral relations between Turkey and Armenia is being developed. "
But official Turkey has set the main condition for this document:

"Armenia's refusal of international recognition of the Armenian Genocide in the Ottoman Empire." 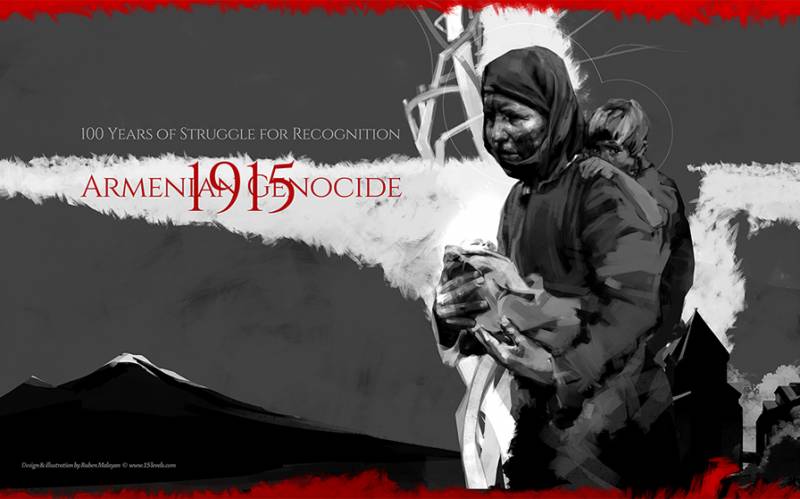 That is, Ankara, without challenging the very fact of the 1915 genocide, demands that Yerevan still not support the campaign for further international recognition of the genocide (see. Armenian pogroms in the Ottoman Empire).

Needless to say - a pragmatic position. Given that the aforementioned fact has now been officially recognized by more than 40 countries. Including, for example, USA, France, Canada, Italy, Germany, Russia, Switzerland, Greece, Syria, Argentina, all Benelux countries, Brazil and the Vatican.

Therefore, Ankara intends to blockade Armenia indefinitely, for Yerevan will never refuse to support the international campaign for the recognition of the Turkish Armenian genocide.

This genocide itself, for all its monstrous cruelty, became a bloody response of the pan-Turkists to the fact that when Russian troops entered Eastern Turkey in 1914, local Armenian activists began to form their own government bodies there, effectively separating the region from Turkey.

Moreover, everything was turned around without any sanction from the Russian side. Apparently, among other things, even the factor of the change of the Caucasian governor, who just in 1915 became the Tsar's uncle, Grand Duke Nikolai Nikolaevich, affected.

The direct consequence was the mass pogroms of Armenians practically throughout the entire Ottoman Empire. In combination with the massacre of Armenians in the east and southeast of Turkey, where the Armenian population was the majority.

Who has a bad memory?

However, the Turkish authorities prefer not to remember what provoked the genocide. And they simply call the corresponding claims of the Diaspora (the Armenian diaspora) and Armenia itself nothing more than “political invention”, “nationalist propaganda”, etc.

Thus, Turkey, primitively denying everything that happened in 1915-1918, itself deprives itself of counter-arguments. In order to somehow try to explain the reasons for the anti-Armenian hysteria during that period. However, explanations of this kind will signify de facto recognition of the Armenian genocide by Ankara.

Is it because from Ankara it seems much more reliable and patriotic (in Turkish, of course) to simply deny everything than to go into risky historical discussions.

Meanwhile, Ankara, as if to prove its "intransigence," on February 5 this year sent a freight train from central Turkey to Russia - for the first time on a route that has been operating since 2017 through Georgia and Azerbaijan. 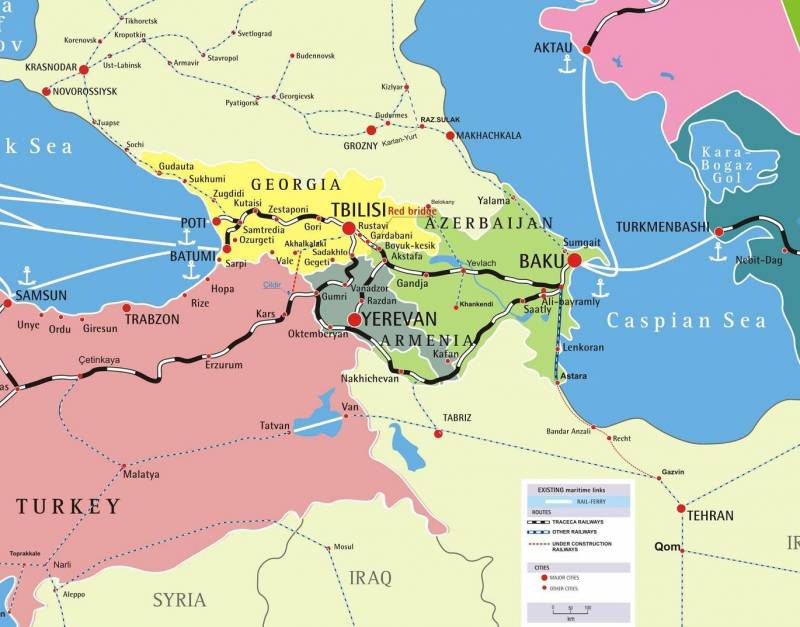 For this, the Ankara-Erzurum-Kars-Akhalkalaki-Tbilisi-Agstafa-Mingechaur-Derbent-Makhachkala highway was used with an appointment to Vladimir (see. The first train set off on the Ankara-Moscow route).

Will the hint be understood?

Now they are her political allies in the Transcaucasus, and thus a hint is made quite transparently that Turkey will continue to blockade any routes through Armenia.

Meanwhile, in Armenia, “unofficial” appeals to the Russian Federation not to use the Kars-Tbilisi-Baku highway until the route from Turkey through Armenia resumes operation is already spreading through the media and social networks. 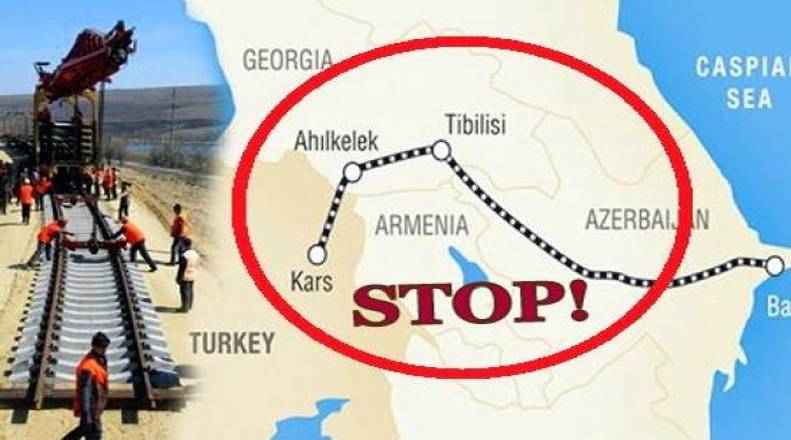 Taking into account the aforementioned political demand of Turkey to Yerevan, it is possible that even the leadership of Armenia will support such calls.

It seems that in the former Russian Transcaucasia, trains will once again follow a vicious vicious circle.