"Hooves" are ordinary and extraordinary 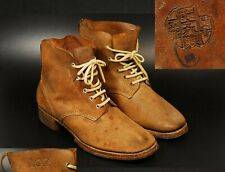 Remember my tradition of describing shoe patterns with one typical word?


So, the word "hooves" for Japanese shoes was not invented by me, but by the Americans. But more on that later.

We are used to viewing World War II from a European perspective more often.

It happened historically and geographically - our fathers, grandfathers and great-grandfathers fought on the fields of Russia and Europe. Everything is correct.

But there was also another front of hostilities. And no less significant is the Pacific. There, our then allies — the Americans, the British, the Australians — fought against the Axis member Japan. Well, our compatriots also dealt their last blows in that terrible war in August 1945.

Japan was a poorly studied country a hundred years ago. And there was an ambivalent attitude towards her.

On the one hand, there are centuries-old traditions in military affairs.

On the other hand, there is powerful industrialization and the creation of the latest, perfect, technical designs. Something was created there under purchased licenses, and something was simply stolen.

The Land of the Rising Sun could be considered the then world copyist. Like today's China. It got to the point that they refused to sell even single pieces of equipment and weapons to Japan.

So the military boot was practically a copy of the Australian one, in which the soldiers of the green continent fought the Turks during the First World War.

However, Australia made no claims. Since 1903, the countries have signed an agreement on assistance and cooperation.

And what was the secret there?

Yes, at a time when other countries were saving on rubber, the Japanese could afford such a luxury.

The leather sole was supplied with steel nails - thorns. On the rubber, there were also those, in the form of bulges.

Interestingly, the upper eyelets did not reach the very top, so as not to rub the leg when bent.

Everything is stitched with double and triple seams. There are no rivets. Reinforced back.

In some images, the heel counter is lengthened for the convenience of footwear.

All this was worn (traditionally for that time) with windings. 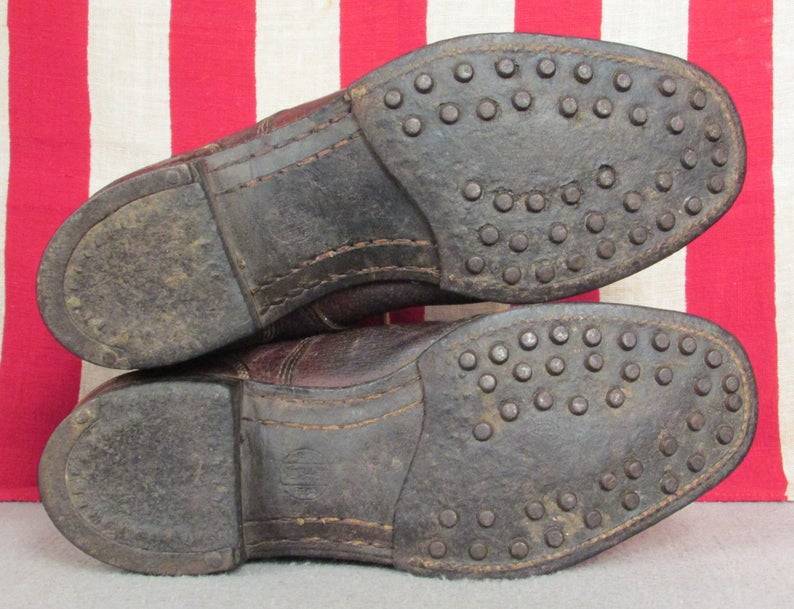 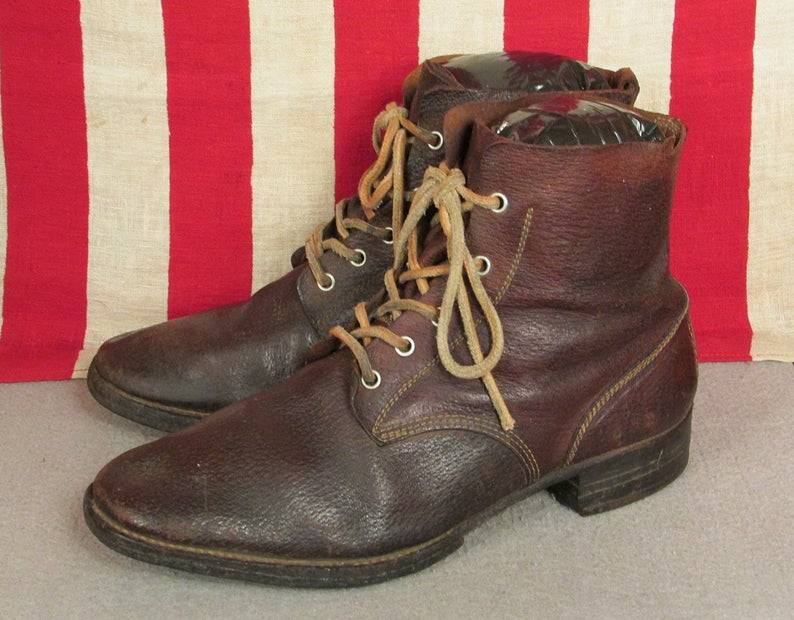 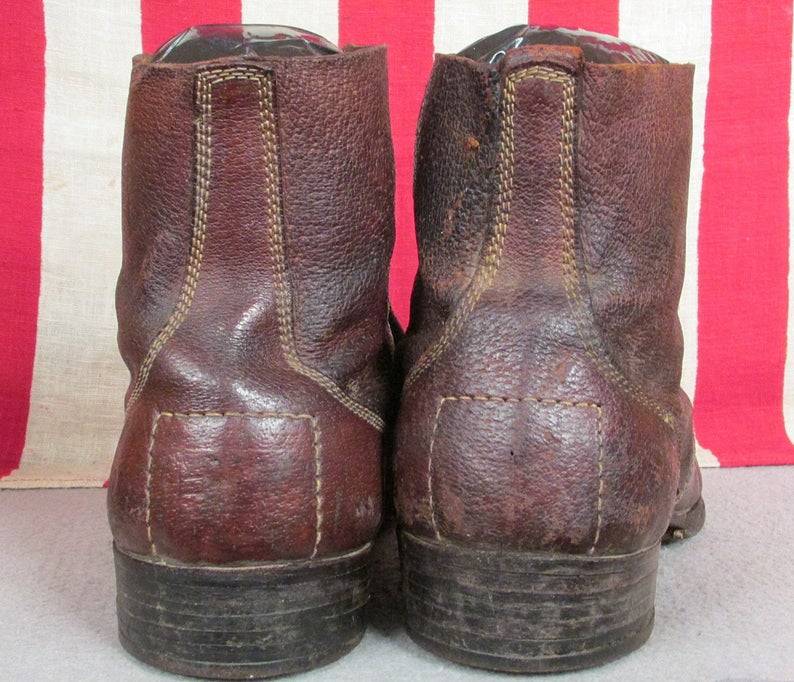 Now, after reading and looking at the illustrations, the reader will remember:

"What does the hooves have to do with it?"
Now about them the most ...

In 1942, in Papua New Guinea, the allies clashed with the Japanese from Kaigun Tokubetsu Rikusentai (special amphibious assault forces). The traces left by one of the fighters attracted attention.

They had a characteristic imprint, indeed, resembling the footprint of an ungulate, which made it possible to trace the route of movement of the group.

The thing is that the Japanese special forces soldier was shod in jika-tabi.

Note. Tabi are traditional Japanese ankle-length socks with split toe (split toe). They are worn by both men and women with traditional footwear and clothing. Jika-tabi are also known as tabi boots.

Honestly, I myself found out about this shoe only from the comment of one of the readers.

It is in these shoes that the traditions of the people of the land of the rising sun are manifested.

The fact is that from time immemorial, poor strata of the population wore wooden or wicker sandals on their feet, like "flip flops" - when the strap of the strap passes between the thumb and forefinger. And socks (some consider them not socks, but shoes) for these shoes began to be sewn with a "protruding" thumb. They began to be called "tabi". What does "touching the earth" mean? For convenience, there were fasteners at the back - hooks that allowed you to adjust the size.

Everyone went to tabi - both rickshaws and geishas. And the soldiers put them in boots. 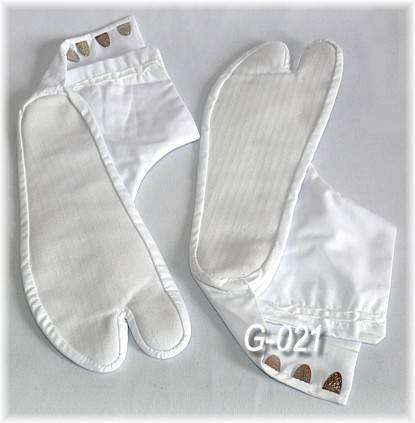 And so, when these masses began to tear away from the fields and rice paddies for military service, it turned out that many soldiers find it difficult to endure long marches in their authorized boots. The conservatism of the imperial army cracked. And it was allowed to wear jika-tabi as well. Moreover, during off-duty times, soldiers already wore simple or woven tabi.

For its characteristic shape and footprint, the Americans called Japanese footwear “hooves”. 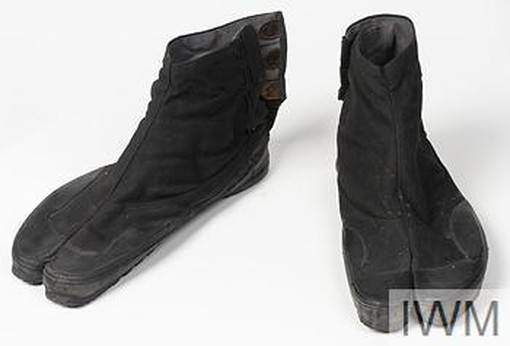 Ctrl Enter
Noticed oshЫbku Highlight text and press. Ctrl + Enter
We are
About Stalin and KhrushchevWhat you didn't want to know about England
Military Reviewin Yandex News
Military Reviewin Google News
145 comments
Information
Dear reader, to leave comments on the publication, you must sign in.