Speaker of the Ukrainian delegation to the TCG: "Russia was invited to refuse to support the idea of ​​a special status of special areas of Donetsk and Luhansk regions" 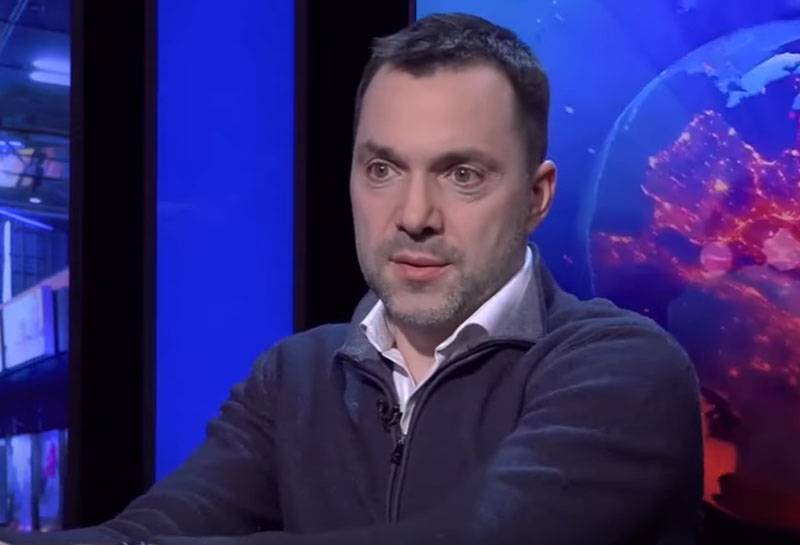 Aleksey Arestovich, speaker of the Ukrainian representation in the so-called Trilateral Contact Group (TCG), said that Ukraine had offered Russia “several options for reaching a compromise on Donbass”.

Arestovich said that instead of a special status, Kiev offers "a format of decentralization with the creation of a special economic zone."

At the same time, Mr. Arestovich admits a remark about himself. According to him, "the occupied regions would receive economic preferences after integration - such preferences as in all other regions of Ukraine."

It turns out a frank substitution of concepts. If we are talking about "preferences for all", then it is difficult to call it "preferences". Also, Ukraine once again offers Russia to recognize the DPR and LPR as "occupied territories", and only after that Kiev is going to endow these territories with its pseudo-preferences.

Earlier, Arestovich stated that Kiev "provides Russia with a" golden bridge "to leave Donbass, but Putin stubbornly refuses to use this bridge."

By the way, having announced the proposal "several options for the Donbass to Russia", Arestovich eventually voiced only one - with the aforementioned "decentralization and economic preferences." Why the Ukrainian delegation to the TCG stubbornly refuses to follow the simplest scenario - to fulfill the Minsk agreements - the speaker of the delegation did not say.
Ctrl Enter
Noticed oshЫbku Highlight text and press. Ctrl + Enter
We are
Reports from the militia of New Russia for 27-28 September 2014 of the yearInterview of Vladimir Putin with Radio Europe-1 and TF1
Military Reviewin Yandex News
Military Reviewin Google News
73 comments
Information
Dear reader, to leave comments on the publication, you must sign in.