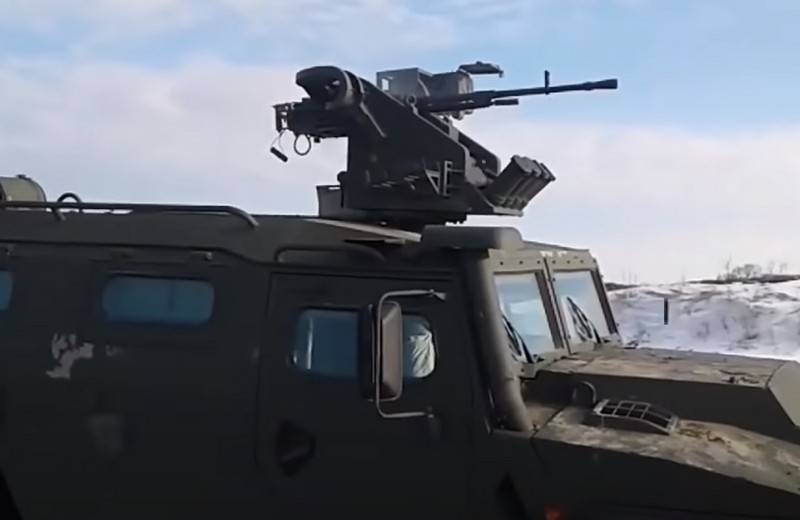 The army special forces will be armed with the Tiger-M armored vehicle with the Arbalet-DM combat module capable of shooting down drones. As reported "News" with reference to the Ministry of Defense, armored vehicles have already been tested.

It is noted that the combat module "Arbalet-DM" with a large-caliber 12,7 mm machine gun, thanks to full stabilization and software, perfectly knocks drones down not only from a place, but also in motion. The software installed on the BM allows you to automatically capture and track aerial targets, including small drones, and a 12,7 mm bullet, when it hits, almost completely destroys the drone.

On tests carried out in 2020 in the Krasnodar Territory during exercises, a special forces group using the Arbalet-DM BM detected and destroyed the drones of a conventional enemy at a distance of 1,5 km. After the reconnaissance units used the Tiger-M armored vehicles with the Crossbow at the Kavkaz-2020 exercises, it was decided to supply additional batches of armored cars to the troops.

It is noted that a large-caliber machine gun with auto-tracking and good optics is the most practical option for dealing with small drones, which are too small a target for anti-aircraft missile systems, including portable ones and are too far away to be hit by small arms. weapons and "anti-drone" guns.
Ctrl Enter
Noticed oshЫbku Highlight text and press. Ctrl + Enter
We are
Reports from the militia of New Russia for 27-28 September 2014 of the yearYuri Drozdov: Russia prepared the role of the sacrificial calf
Military Reviewin Yandex News
Military Reviewin Google News
115 comments
Information
Dear reader, to leave comments on the publication, you must sign in.