"Under the patronage of NATO": "Kalashnikov" brings new AK-19 to the world market 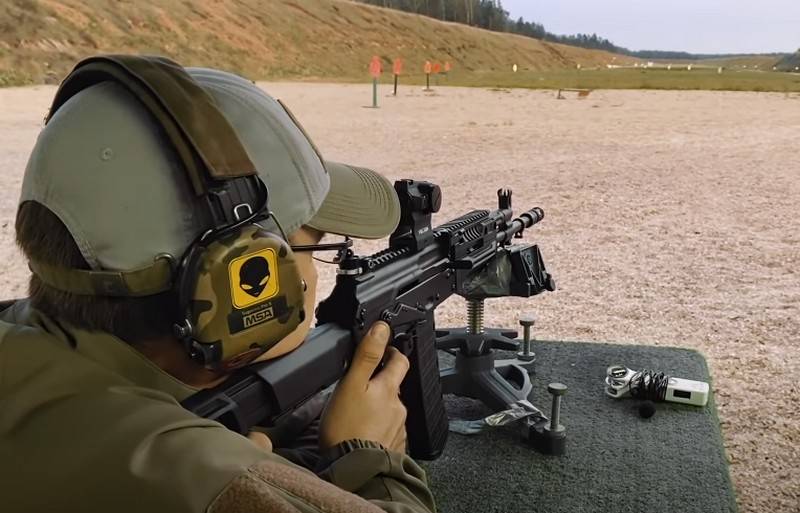 Kalashnikov is bringing the new AK-19 assault rifle, developed under NATO patronage, to the world market. The premiere for foreign buyers will take place from 21 to 25 February at armory exhibition IDEX-2021 in Abu Dhabi. This was reported by the press service of the Kalashnikov Group of Companies (GC).


The new AK-19 was developed on the basis of the AK-12 assault rifle, which was adopted by the Russian army in 2018. Caliber - 5,56X45 mm, the assault rifle has a lightweight telescopic butt of an original design, a new diopter sight, a flame arrester with the ability to quickly install a silent and flameless firing device, a Picatinny rail. The barrel length of the new machine gun is 415 mm, weight is 3,3 kilograms.

Kalashnikov clarified that the AK-19 was developed under NATO patronage and is fully oriented towards the external market.

The assault rifle has already aroused interest among a number of customers in the Middle East, using cartridges of 5,56x45 mm (...) in hot humid climates and dusty conditions, the AK-19 will provide the efficiency of all-day use, reliable operation and unpretentious maintenance
- said the concern.

According to Dmitry Tarasov, General Director of Kalashnikov Group of Companies, the first applications for the AK-19 assault rifle have already been received. Among the first potential buyers are the countries of the Middle East. Other details have not yet been reported.
Ctrl Enter
Noticed oshЫbku Highlight text and press. Ctrl + Enter
We are
Concern "Kalashnikov" will take part in the international exhibition of the defense industry IDEX-2015Kalashnikov rifle
Military Reviewin Yandex News
Military Reviewin Google News
47 comments
Information
Dear reader, to leave comments on the publication, you must sign in.