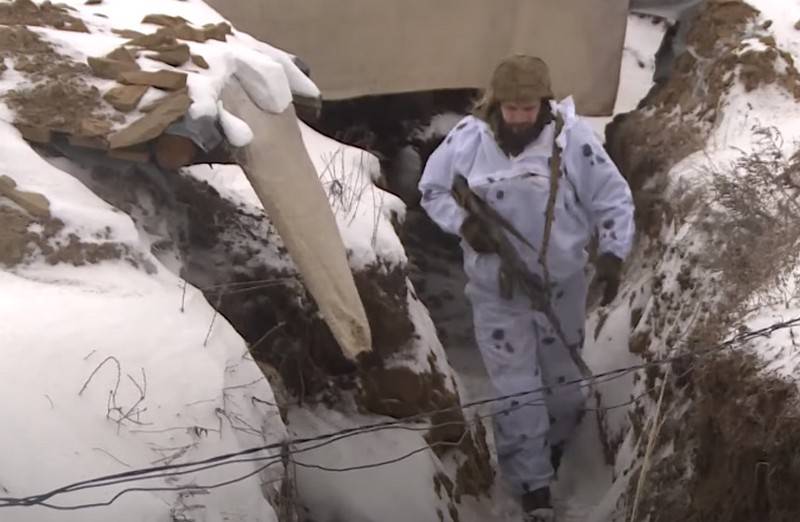 Three Ukrainian servicemen were blown up by an unknown explosive device. This was reported by the command of the operational group "North" of the Joint Forces operation on its Facebook page.


As they say in the message, as a result of the explosion in the area of ​​the settlement of Novoluganskoye, Donetsk region, three servicemen of the Armed Forces of Ukraine received injuries incompatible with life. The circumstances of the incident are being clarified by the leadership of the unit and the military law enforcement service.

Today, February 14, not far from the settlement of Novoluhanskoye, in the area of ​​responsibility of the operational-tactical group "North", while moving to positions as a result of an explosion on an unknown explosive device, three servicemen from the Joint Forces were killed
- said in a statement.

It is noted that since the beginning of February, at least six servicemen of the Armed Forces of Ukraine have died on the contact line. So, on February 6, in the Novomikhaylovka area, three servicemen of the 28th OMBr were blown up, two were fatally wounded, one is in a hospital. On February 11, again in the area of ​​Novomikhaylovka, one serviceman of the Armed Forces of Ukraine was killed. According to the press service of the JFO, he was killed on the spot by a bullet from a large-caliber machine gun. Now a new case with three dead.

Meanwhile, the intelligence service of the NM LPR reports explosions at the positions of the Armed Forces of Ukraine in the area of ​​the villages of Novoaleksandrovka, Orekhovo and at Zolote-4. According to intelligence, during the engineering work at the positions of the Armed Forces of Ukraine on February 13 and 14, at least 3 explosions were heard.
Ctrl Enter
Noticed oshЫbku Highlight text and press. Ctrl + Enter
We are
Summary of the week from voenkor Mag about events in the DNI and LC 21.04.18 - 27.04.18Reports from the militia of New Russia for 27-28 September 2014 of the year
Military Reviewin Yandex News
Military Reviewin Google News
88 comments
Information
Dear reader, to leave comments on the publication, you must sign in.