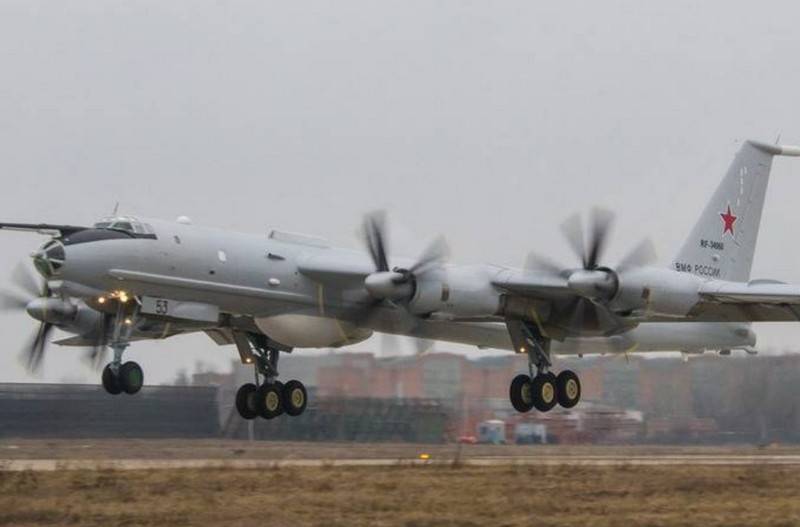 Anti-submarine aircraft Tu-142 sea aviation Northern fleet performed an emergency landing due to a malfunction of one of the engines. This was reported by the press service of the Northern Fleet.


According to the report, the anti-submarine Tu-142 made a planned flight, during which a malfunction sensor of one of the four engines was triggered. The aircraft commander decided to return to the departure airport and landed at a military airfield in the village of Fedotovo near Vologda. There are no casualties.

On February 14, during the scheduled flight of the Tu-142 aircraft, a malfunction sensor of one of the four engines was triggered. The aircraft commander decided to terminate the flight mission and landed safely at the departure airport
- said in a statement.

The reasons for the incident will be determined by a special commission of the Northern Fleet, which arrived at the landing airfield.

The Tu-142 long-range anti-submarine aircraft was created on the basis of the Tu-95 strategic bomber. The Tu-142M3 version was put into service in 1985, was serially built until 1994, at present the aircraft are being modernized with the installation of new modern equipment. The maximum flight range exceeds 12 km, the flight speed with a mass of 000 tons at an altitude of 138 meters is up to 7000 km / h. The flight duration is 855 hours. The planes are equipped with means of detecting submarines, as well as missiles, bombs and mines.
Ctrl Enter
Noticed oshЫbku Highlight text and press. Ctrl + Enter
We are
In Dagestan, a military helicopter crashedThe third Su-24 crashed
Military Reviewin Yandex News
Military Reviewin Google News
56 comments
Information
Dear reader, to leave comments on the publication, you must sign in.