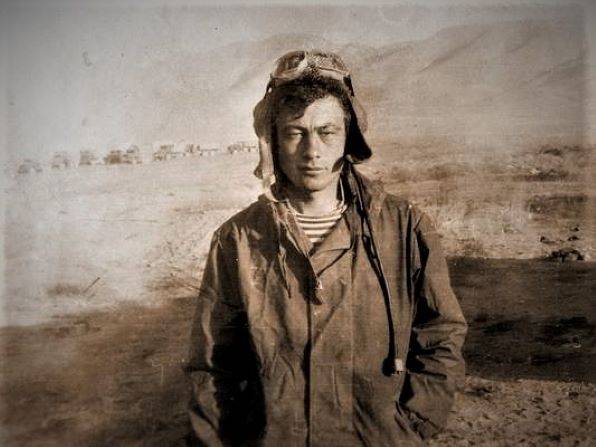 Before the first Star

Three times Red Banner - it sounds both solid and beautiful. We know such regiments and divisions, famous orchestras and ensembles. But a three-star can be either cognac, or (in common parlance) - a general. To say this about three times holders of the Order of the Red Star - the language somehow does not turn.

And time flies by. More than forty years have passed since Soviet troops entered Afghanistan. And more than thirty - how they left him.

But for Colonel Bolgov, everything that happened there, "beyond the river", is like yesterday. He clearly remembers each of his business trips to the Afghan war, which has been talked about less and less lately.

Today he is known as the military commissar of the Kirovsky, Krasnoperekopsky and Frunzensky regions of Yaroslavl, a member of the Council of the Yaroslavl regional branch of the All-Russian public organization of veterans "Combat Brotherhood". And also like an Afghan. 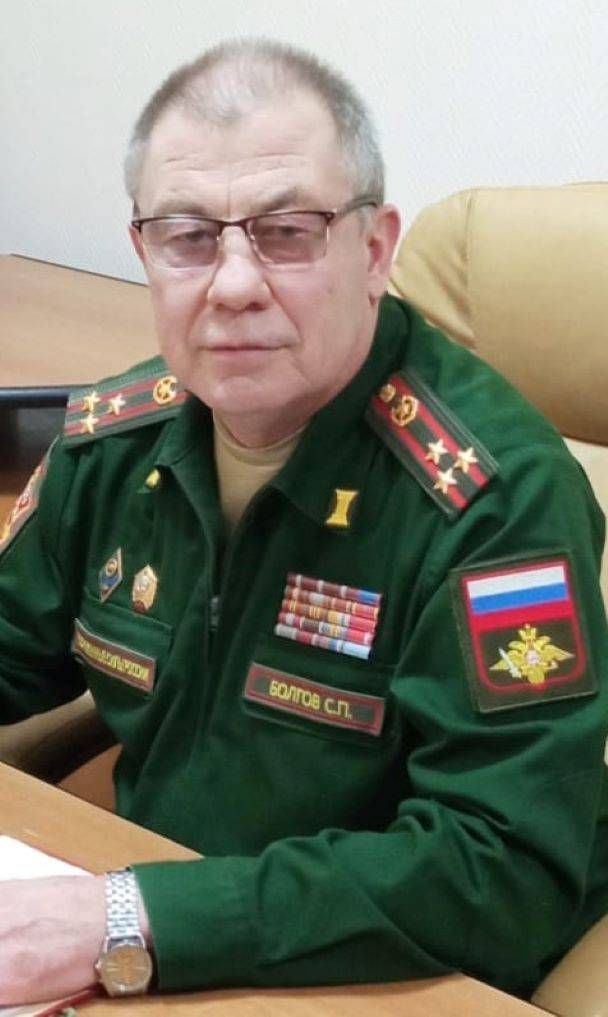 From childhood, Seryozha showed enviable firmness and determination in his choice of a military profession. Everything turned out to be simple - he had someone to take an example from. Father Pyotr Alekseevich Bolgov, front-line soldier, machine gunner, was awarded the Order of the Red Banner and twice the Order of the Red Star for the courage and valor displayed in the battles for the Fatherland.

Sergei did well at school. And the teachers promised him to find himself in the future where his excellent mathematical abilities can be successfully used. But Bolgov did not follow the path outlined for him: after the eighth grade, without warning his relatives, he submits documents to the Sverdlovsk Suvorov military school.

And then he leaves for Alma-Ata. Oh, what a dazzling city this is, whose name translates as "father of apples". And an unforgettable study for him at the Higher Military Combined Arms Command School named after Marshal of the Soviet Union I.S. Konev.

In 2020, graduates of the renowned military educational institution met in the Patriot Park near Moscow as part of the celebrations dedicated to the 50th anniversary of their native school.

How many officers Sergei Petrovich had to meet there, who received an appointment and departed, like him, after graduating from school throughout the vast then country - the USSR. 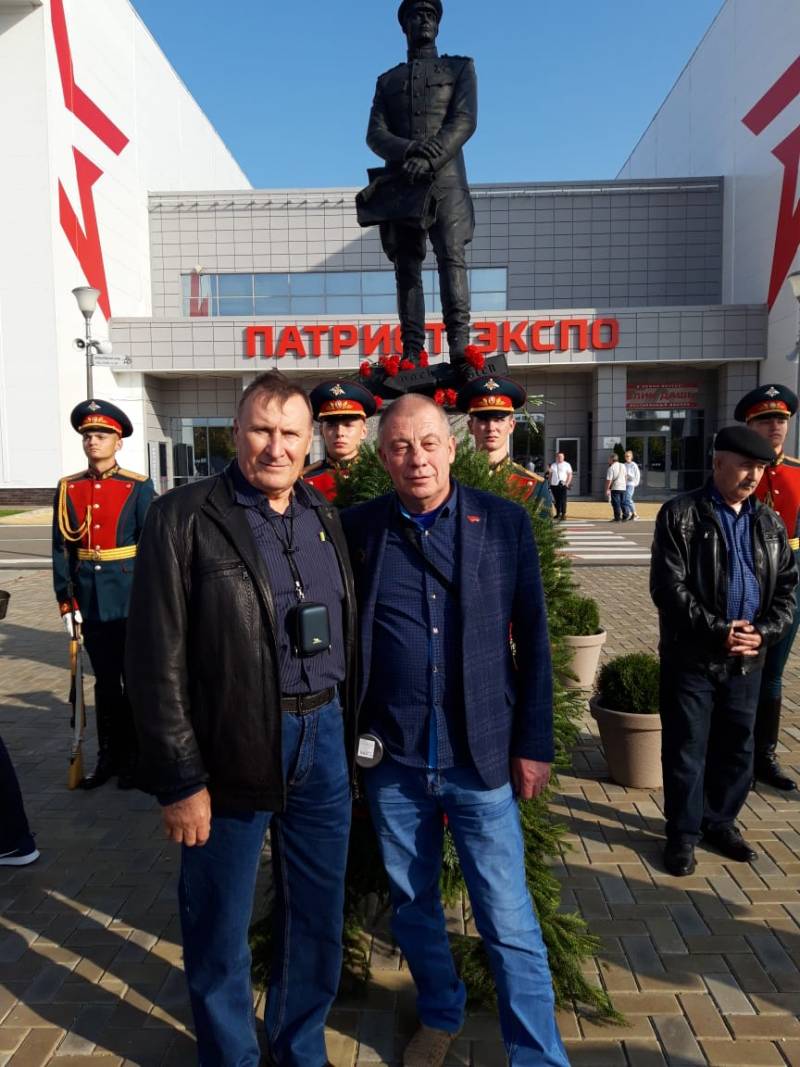 In 1979, having graduated as a young lieutenant, Bolgov arrived for further service in Transcarpathia, in the quiet green city of Mukachevo. And just six months later - the first mission to Afghanistan together with his 149th Guards Motorized Rifle Regiment. Destination - the city of Kunduz. And he is the platoon leader.

His soldiers ensured the passage of military convoys at the checkpoint. On that day, spooks unexpectedly attacked. A skirmish ensued. The Mujahideen, losing the killed and carrying the wounded, were forced to retreat.

There are no casualties among Lieutenant Bolgov's subordinates, nor are there any wounded. For this battle, the platoon commander was awarded the first Order of the Red Star. Moreover, he received it first in his regiment!

Exactly a week before that, the regiment's political commander arrived at their combat positions. In a conversation with Bolgov, he took out an audio cassette from a folder.

“I brought you a present.

We recorded the radio show "The Award Found a Hero." It was broadcast on Mayak.

Listen, you will be glad. "
After listening to the cassette, Sergei learned that his father Pyotr Alekseevich Bolgov had been awarded the Order of the Red Star for his courage and bravery in one of the battles near Moscow in 1941.

After the early completion of courses at the Tashkent Machine-Gun School, the Red Army soldier Pyotr Bolgov was sent to defend the capital. He was an excellent machine gunner and smashed the enemy mercilessly.

Many Hitlerite machine gunners, falling in battle under the hurricane fire of his Maxim, found their death in the snow-covered fields of the Moscow region. Then he was nominated for the award, which he received only in 1980.

Listening to the familiar voice of his father on the cassette, Sergei learned that Pyotr Alekseevich was proud of his youngest son, his service. But Bolgov Sr. did not know that Sergei was currently fighting in Afghanistan. Then it was a secret for everyone.

And after a while Lieutenant Bolgov came on vacation to visit his parents. We sat down to dinner, my father tells about the order he had just been awarded in the military registration and enlistment office for the battles near Moscow. He took it out of the box so brand new, handed it to his son. Sergei looked at the order, smiled. He turned it over, looked at the serial number and exclaimed:

“You know, dad, I have the same award, and the difference in numbers between you and me is only four units.

Your order is slightly older than mine.
He took his Order of the Red Star from his suitcase and handed it to his father.

How happy then Pyotr Alekseevich was at the high award of his son - a worthy replacement for him had grown up. A real officer. And it turns out - already fighting.

In 1981, Sergei Petrovich was transferred to the 78th training motorized rifle division, stationed in the city of Chebarkul. In the Urals, Bolgov served like everyone else, was an excellent specialist and a stern commander.

And this was largely reflected in the fact that his subordinates of the platoon, and then the company, passed all checks only with good and excellent grades. His military career was not satisfactory to anyone. And after a while Bolgov became chief of staff, and then commander of a training motorized rifle battalion.

The last fight is the most difficult one!

But there, in Afghanistan (“beyond the river,” as they said then), an alarming situation continued.

Sergei rushed to the front line. He filed more than one report.

And in the summer of 1987, Captain Bolgov was already in Kabul. So the 181st motorized rifle regiment, stationed in the capital of Afghanistan, found its new battalion commander. And again, he and the soldiers conduct convoys along the mountain roads. Bolgov will dream of these winding trails in the gorges and among the rocks hanging over them for a long time. Different things happened around every turn and ledge: stone avalanches, mines and land mines, shelling and clashes.

Rarely (oh, how rare) was the passage of convoys unhindered. The spooks, like vultures, set fire to fuel trucks with targeted fire, blew up vehicles and disabled armored vehicles. There was a war about which everyone in the Union would learn much later.

Then, everywhere and everywhere, there was only one victory report, lies and ... 200 cargo, zinc coffins with the bodies of the dead guys. And there were more and more of them.

In the summer of 1988, his battalion, as usual, took part in escorting a convoy with ammunition, fuel and food. Suddenly, behind one of the road bends, an explosion rang out, machine-gun and automatic fires broke the mountain silence.

A fight ensued. Merciless and desperate.

It was not easy then for the subordinates of Bolgov. The spooks pressed on from all sides. But the training, courage and bravery of Soviet soldiers (among whom there were soon many wounded) helped them to survive.

The enemies left, the cars burned by the Mujahideen were taken to the side of the road. And the convoy continued to move. Officer Bolgov received the second Order of the Red Star for this battle.

In November 1988, Sergei Petrovich was summoned by the regiment commander and instructed him, according to the information received about the attack on the outpost of the People's Army of Afghanistan, to organize the battle. 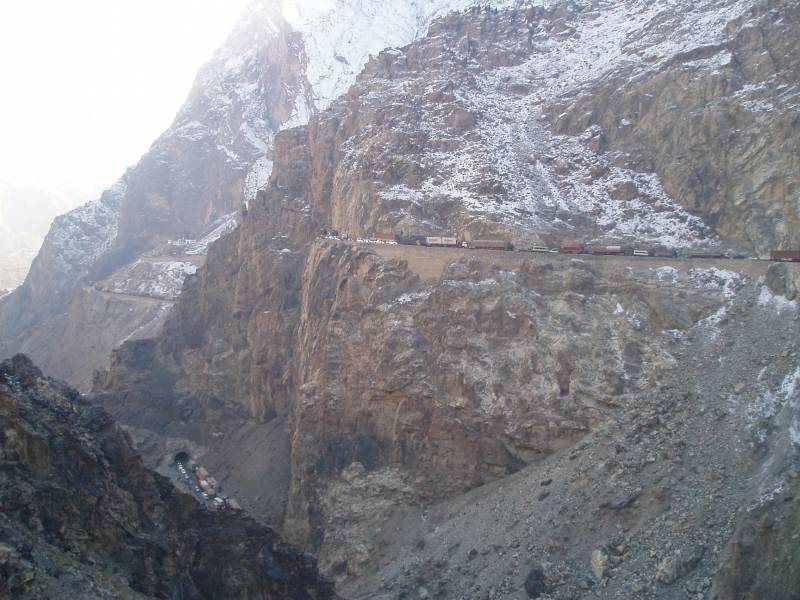 The spooks fired heavy mortar fire at the battalion positions. Major Bolgov controlled the battle from the command vehicle. One of the mines fell next to the car. Explosion. And the shrapnel hit the battalion commander's leg ...

The commander of the support platoon, Ensign Stepan Klimchuk, and the chief of the battalion's first-aid post, Ensign Yuri Ivanov, came running to help him. Bolgov was carefully transferred from the car's box to the armored personnel carrier's armor and, accompanied by military escort, was taken to Kabul.

In a military hospital, the surgeons, having examined the commander's crushed leg, made a hasty decision to amputate. Fortunately, there were just arrived medical luminaries from the Leningrad Military Medical Academy nearby.

After a joint consultation, a different decision was made. And Bolgov's leg was imprisoned in the Elizarov apparatus.

Soon, the officer was sent for further treatment to the Central Naval Hospital in the dacha Kupavna, near Moscow. Sergey Petrovich spent many months in a hospital bed before he restored his leg and returned to duty. 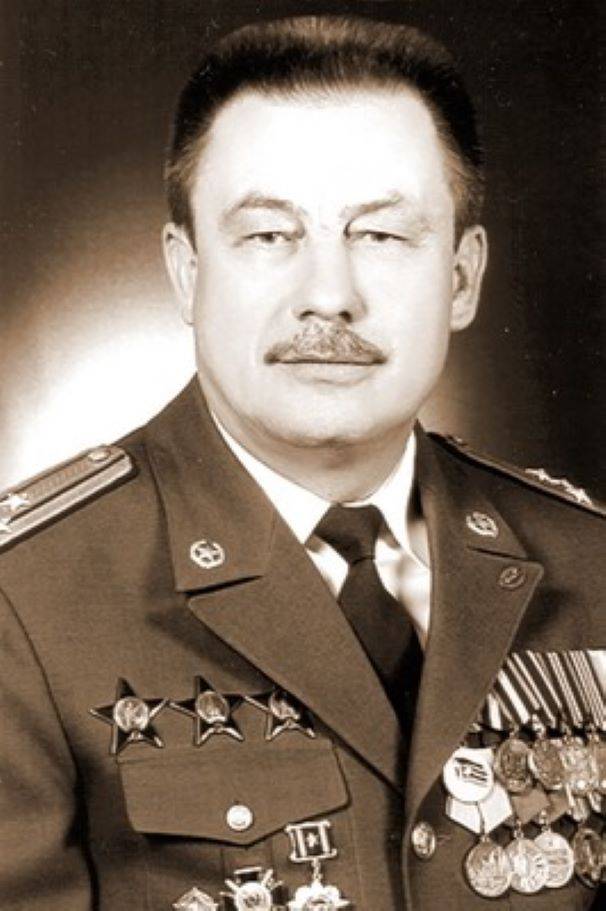 And then the award arrived - the third Order of the Red Star. Today Commissioner Colonel Bolgov has a busy period at work - preparation for the next spring draft. This person is unusual and unique in his own way.

Still, three Afghan milestones in his life as an officer's biography were marked three times with the Orders of the Red Star.

There are only a few of those who have passed through the military crucible.

Ctrl Enter
Noticed oshЫbku Highlight text and press. Ctrl + Enter
We are
Chernobyl notebook. Part of 3The hunt for the Blackbird
Military Reviewin Yandex News
Military Reviewin Google News
11 comments
Information
Dear reader, to leave comments on the publication, you must sign in.