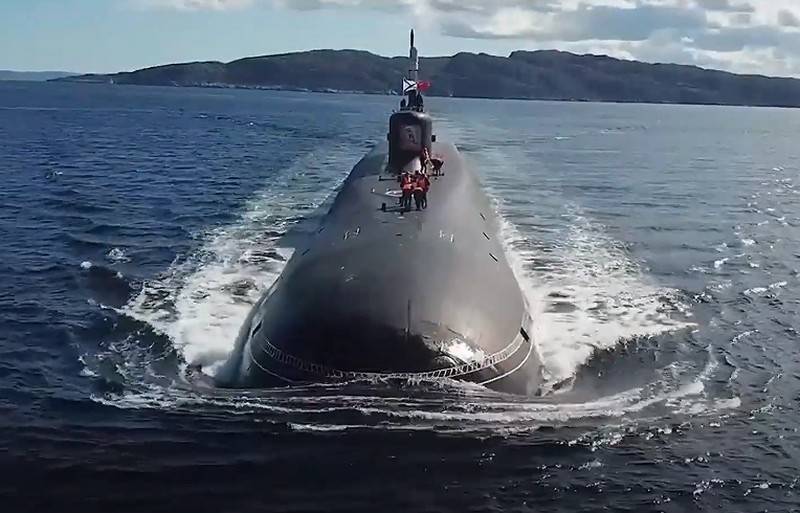 The Russian submarine fleet is regaining the positions it lost after the collapse of the Soviet Union and now poses a real threat to the United States and its NATO allies. The American edition of The Diplomat writes about this.


The publication notes that modern Russia has managed to overcome the trend of the early 90s of the last century to reduce the number of submarines. This was the result of an increase in the defense budget, economic recovery and new developments by Russian scientists. The publication also paid attention to the high prices for Russian oil and the personality of Vladimir Putin.

After a sharp decline in the 1990s, defense spending has increased since 2000, following the rise to power of Vladimir Putin and a sharp rise in oil prices

The author of the article emphasizes that Russia has significantly reduced the construction time for modern nuclear submarines, introducing new innovative methods and building more advanced and powerful submarines than it was in the 90s and 2000s.

Among the Russian nuclear submarines that pose a real threat to the American fleet and NATO allies, the publication notes project 885 submarines (Ash and Yasen-M) armed with Kalibr cruise missiles, 955 (Borey and Borey-A) with Bulava ICBMs, as well as secret carriers of Poseidon APL nuclear torpedoes Khabarovsk "and" Belgorod ".

It is noted that in a number of areas the Russian fleet is ahead of Western rivals, but despite this, Russia does not have enough opportunities to build up its forces and project its power on a global scale.

Russia lags far behind the United States in anti-submarine warfare, surface ships, transport aircraft and automated control systems
- concludes The Diplomat.
Ctrl Enter
Noticed oshЫbku Highlight text and press. Ctrl + Enter
We are
Reports from the militia of New Russia for 27-28 September 2014 of the yearYuri Drozdov: Russia prepared the role of the sacrificial calf
Military Reviewin Yandex News
Military Reviewin Google News
64 comments
Information
Dear reader, to leave comments on the publication, you must sign in.