"Their light tanks were retired": Malaysia did not appreciate the purchase of Israeli Sabrah 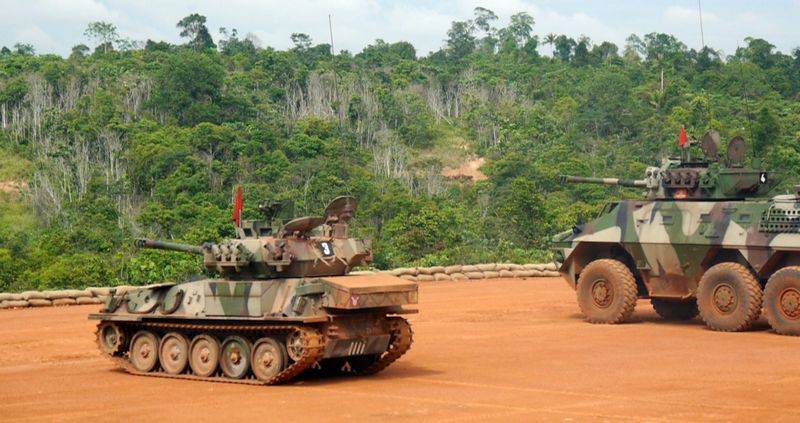 There is an increasing demand for lightweight modifications in the world tanks... However, the justification of the growing applications for this type of armored vehicles is under a big question.


At least experts from the Malaysia Flying Herald are questioning the procurement policy of the military departments of a number of countries, which have decided to rely on lighter versions of tanks. In particular, the Indonesian army intends to replenish its fleet by 2024 with the Harimau MT vehicle, created jointly with Turkey.

Sadly, a shocking decision was made last year when the [Israeli-developed] Sabrah light tank was chosen to meet the needs of the Philippine army.
- the observer assessed another "breakthrough" of light tanks on the world market.

As noted in the publication, the experience of the past operation of such machines in Malaysia was a failure. Since 1983, more than 20 Alvis Scorpion light tanks have been purchased for the 11th regiment of the Royal Armored Corps, based in Sabah. Unlike most Scorpion tanks in service around the world, the Malaysian variant was equipped with the 90mm Cockerell gun. At that time, studies analyzing the conflict in Angola and the Bush war in Africa showed that 90mm guns were more than enough to destroy armored vehicles.

Given Malaysia's predilection for light armored vehicles, the British tank Vickers Mk 1 [weight 38,1 tons] was strongly offered to her.

Fortunately, rational thinking prevailed when the army acquired 48 PT-91M Pendekar MBTs [a Malaysian version of the Polish PT-91Z tank based on the T-72M1]
- writes the edition.

Immediately after the arrival of the PT-91M, the British Scorpions were redeployed to the "less hot" parts of the theater of operations, and in 2018, "Malaysia sent its light tanks into retirement," deciding to decommission the Scorpions.