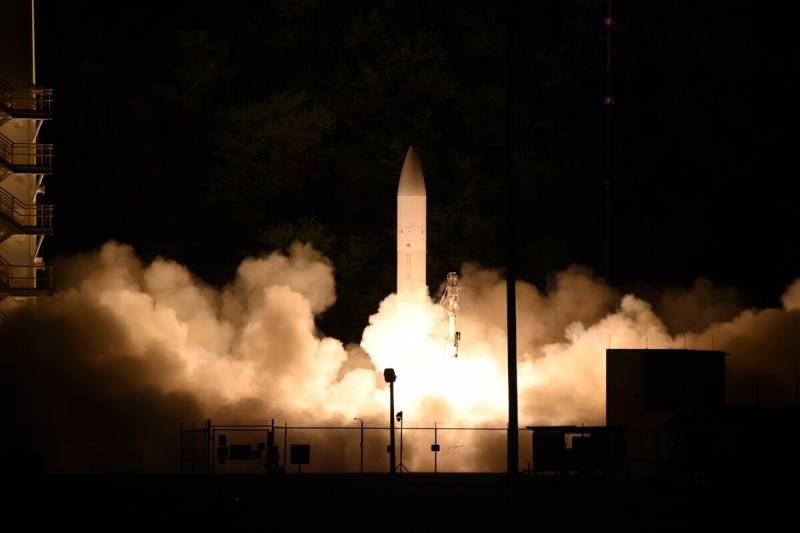 The United States has yet to begin testing its hypersonic missiles as they are still under development. However, the Pentagon intends now to deploy army units that will use this type weapons.

By the end of this fiscal year, that is, in September, all the equipment needed by the unit, including training facilities, will be delivered
- explained in the military department, despite the fact that the country's armed forces do not possess a single functioning hypersonic missile, let alone a launch platform for its ground version.

As noted in the Pentagon, the appearance of a military projectile is expected no earlier than the 2023 financial year. An industrial base for the production of hypersonic weapons is currently under way. Lockheed Martin is already working with the Air Force to develop an air-launched hypersonic missile. Dynetics is developing a "planing body" [gliding warhead] - an ultra-maneuverable vehicle without a propulsion system that separates from the launch vehicle and uses its speed - in excess of Mach 5 - to approach the target much faster than a standard ballistic missile.

As previously explained in DARPA, which oversees development from the Pentagon, the ground-based mobile system will be represented by a mobile unit designed to launch a two-stage missile and a hypersonic glider.

Ctrl Enter
Noticed oshЫbku Highlight text and press. Ctrl + Enter
We are
Reports from the militia of New Russia for 27-28 September 2014 of the yearDecember 2010 years. Russian March. Senseless and merciless? Notes not a Russian person
Military Reviewin Yandex News
Military Reviewin Google News
17 comments
Information
Dear reader, to leave comments on the publication, you must sign in.