How to neutralize electronic warfare?

February 12 2021
78
Indeed, I agree with those who asked these questions. We talked and wrote a lot about the capabilities of electronic warfare systems, it's time to talk about what can be opposed to these stations and whether it is possible at all. 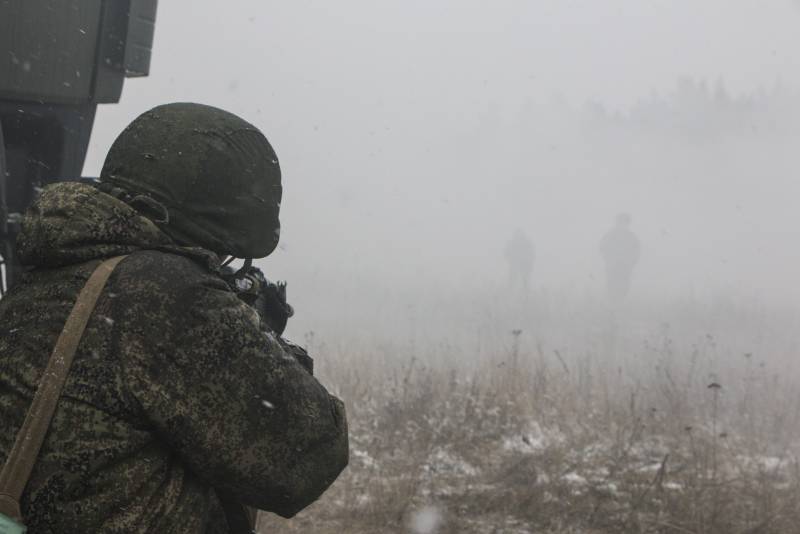 But I'll start by answering the question about "Donald Cook". Another question from another reader.

What could the US Navy destroyer Donald Cook oppose to our Su-24, allegedly armed with the Khibiny? Yes, everything that is in the arsenal of this rather serious ship. For example, from missiles RIM-66 SM-2 "Standard-2", 20-mm six-barreled cannon "Phalanx" and up to "Colt" М1911 of the ship commander.

We have already said so many times that all this noise around “Donald Cook was raised by some overly active and, unfortunately, completely incompetent mass media in our country. Apparently, it should be repeated. 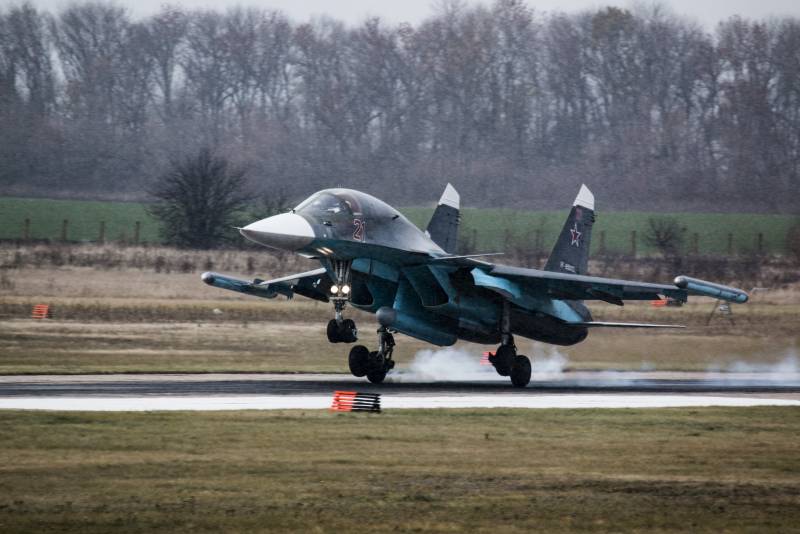 But the saddest thing is that the "Khibiny" is terrible only for the onboard radars of other aircraft and anti-aircraft missile guidance heads. Alas, such a target as a destroyer is too tough for the complex. 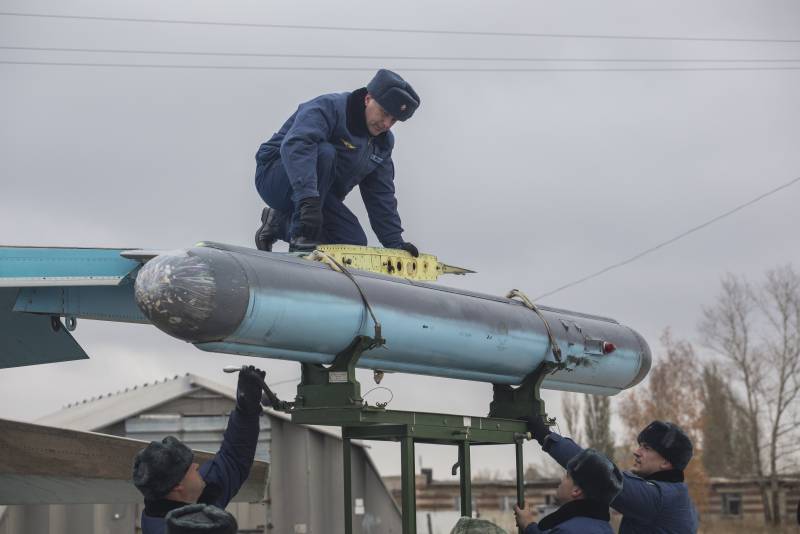 However, despite this sadness, the Khibiny complex is very good in terms of work in those cases for which it is intended. This is a fact proven in combat conditions.

And, speaking about our topic, it is very difficult to neutralize the Khibiny, since the complex itself copes with the setting of interference to the enemy very efficiently.

However, the leading countries of the world have something to oppose to the most sophisticated set of jamming. Actually, what is the hindrance? This is a generated special signal that goes from the transmitter antenna to the enemy receiver antenna and drives his electronics crazy. 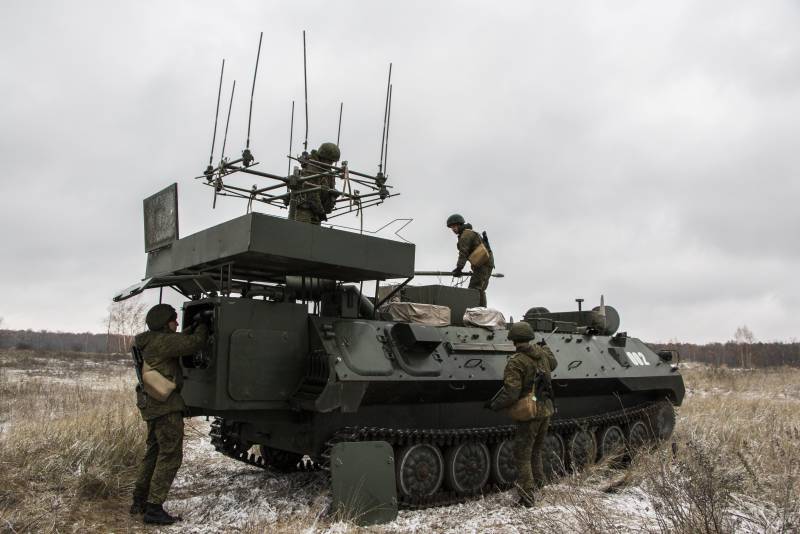 All are armed with anti-radar missiles. Which just perfectly go to the radiation of the antenna of the electronic warfare complex, like a laser beam. And everyone has such missiles: we, the Americans, the Europeans, the Chinese. The only question is who has the best guidance system.

If we talk about active electronic warfare systems, then for those that are located in the range of such missiles, life can be very difficult. We have insured against such surprises, perhaps, only "Murmansk-BN", which can be placed outside the range of tactical weapons. 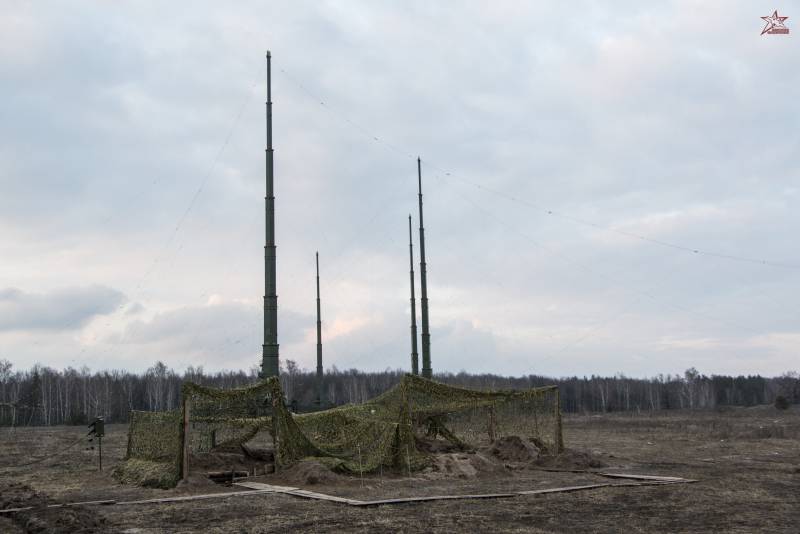 Speaking about this complex, I personally find it very difficult to say what can be opposed to this monster. After all, Murmansk can be positioned anywhere, and with its range (5 km in normal mode and more if the stars converge) it is not afraid of anything at all. Perhaps a ballistic missile, because not every cruise missile will reach the Murmansk, which will stand somewhere beyond the Urals and spoil communications in Europe.

However, let's talk about the usual electronic warfare tools, which are not so exotic.

And here we can apply a certain theoretical division into two groups. These are stations that operate constantly in combat mode ("Mercury", "Zhitel", "Pole-21M") and impulse ("Krasukhi", the merry R-330 family).

And separately we have passive comrades such as "Moscow-1", "Borisoglebsk-2", "Avtobaza-M" and "Cordon-60M". Let's start with them.

These are completely passive in terms of radiation, control systems that do not emit anything, work with the signal received on their antennas and control a large number of active electronic warfare systems.

The only drawback of these complexes is the need to be located fairly close to the theoretical front line. Yes, the "Moscow" range of vision is impressive, but there are other nuances that do not allow the complex to be located in the deep rear. 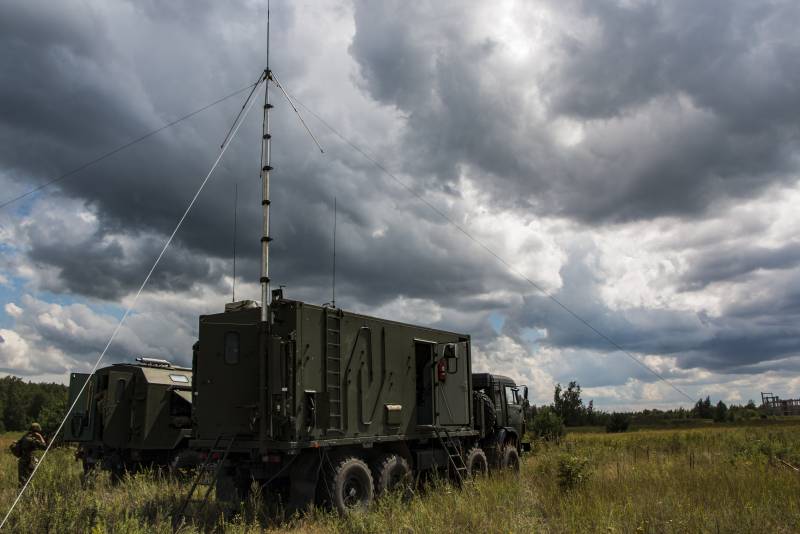 Detecting and eliminating control systems is a worthy task for any adversary, but here the difficulty lies solely in detection. It is very difficult to find a completely passive complex that does not broadcast anything. And here, of course, radar-guided missiles, you understand, do not play. 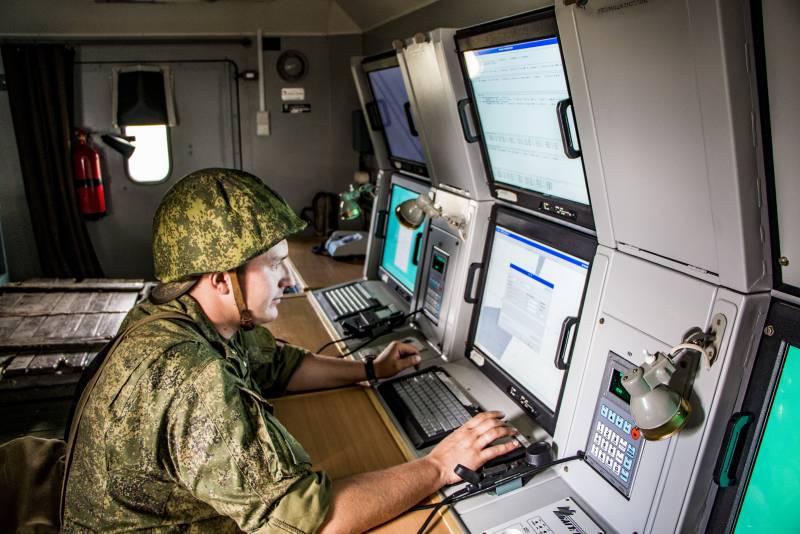 So, in order to oppose something to such complexes, they must first be discovered. If this task is completed, options for delivering strikes with missile weapons appear, aviation or sending the same DRG.

However, it is worth remembering that each complex manages a bunch of stations for different purposes, the same "Borisoglebsk-2" can control the R-378BMV, R-330BMV, R-934BMV and R-325UMV. And even if a complex is detected, the transmission of information can be very difficult.

Yes, a complex that has to work constantly is much easier to detect. Which, by the way, was shown by the use of the "Resident" in combat conditions. The complex is simply magnificent, it allows you to cut down not just all cellular communications in a certain area, moreover, it can suppress all the phones of a particular operator. 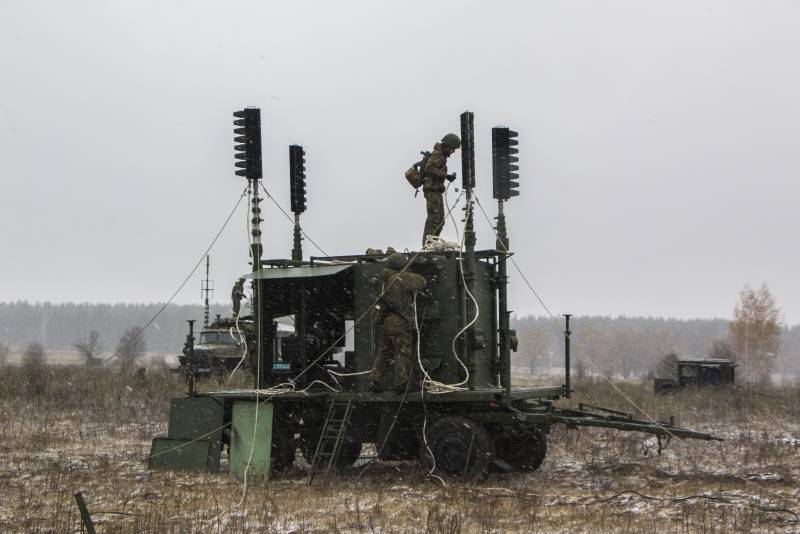 But the use of combat showed who the enemy is very quick to understand that if the connection is disconnected, it is necessary to look for the "Resident" somewhere nearby. And they found it. Approximately, naturally.

And then such a very approximate, but very cheap weapon, like mortars, which turned out to be very effective against the R-330Zh, was used. They just stupidly sowed the sectors with mines until they flew to the right place.

"Mercury" is more complicated. It's very hard to shut down a system that drives any radio fuse crazy. "Blunt" weapons such as mines or shells simply do not work, because the complex covers objects of particular importance not on the front line. And if there are some particularly important points at a short distance, it is still problematic - one car is not the most convenient target.

In addition, from those who like to abandon anti-radar missiles, "Mercury" is easily covered by any other station capable of working on missiles. The same "Krasuhoy-4".

In general, everything is sad with the Pole-21 complex. It is difficult to find a control point that can be shoved into any wagon, a Gazelle car. And knocking out 100 emitters that can be placed anywhere, from rooftops to cell phone masts, is a challenge.

As for me, so "Pole-21" together with "Murmansk" - two of the most difficult to neutralize the EW complex. "Pole-21" because it can be spread over a rather large area, and "Murmansk" can be maximally removed from the affected area by any type of weapon. 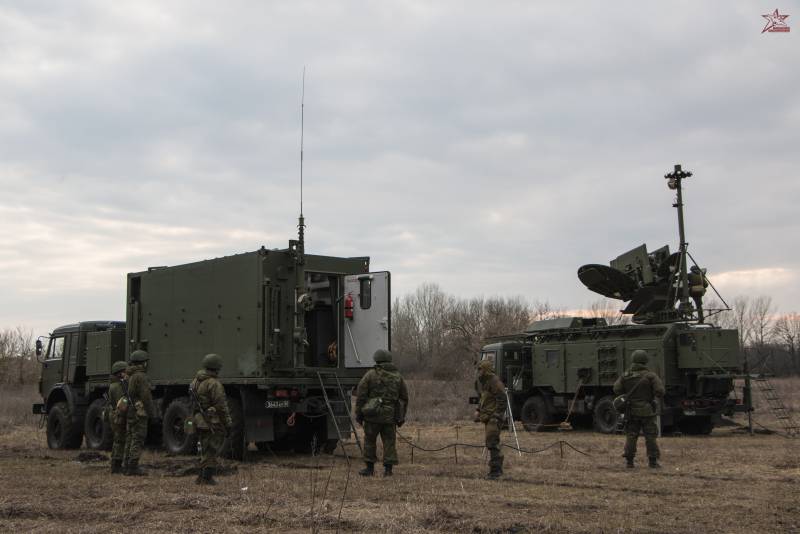 Not quite the correct definition, but the same "Krasuhi", 330th, all those who do not work constantly, can also be detected by the enemy. Simply because they work passively in tracking mode, and to the full extent in suppression mode. And here options are possible.

The weak point of all such stations is that they are forced to approach the enemy. Especially those complexes that work to disrupt communications between the ground forces and aviation.

So, how can you neutralize the EW complex?

Effective for complexes that emit in working and combat modes. Completely useless against passive location complexes and control centers.

Dangerous for those complexes that work at short distances. Plus, reconnaissance and guidance is required, which is far from always possible. Plus, the accuracy is poor.

The most, perhaps, ineffective type of weapon for work on electronic warfare systems. Simply because there are a lot of hunters for everything that flies in the EW.

Somewhat more efficient than airplanes, because the speeds are lower, the dependence on radars is also less. The helicopter, perhaps, can sneak up to the electronic warfare complex and successfully attack. But the helicopter still needs to be aimed at the target, but this can be a problem. Plus, the helicopter is more easily knocked down by regimental-level air defense systems.

But planes and helicopters have one very powerful weapon. Perhaps even more effective than anti-radar missiles.

Any electronic warfare complex consumes a large amount of energy. Some complexes are equipped with separate wheeled diesel power plants. And these stations, of course, generate enough heat.

Yes, there are means of masking thermal emission, but nevertheless, a missile with an IR seeker is quite relevant today.

Well, yes, a group of fighters may well enter the complex and, without much straining, eliminate it along with the calculation. But spetsnaz in any country is a piece commodity, and we have enough electronic warfare systems. So, of course, somewhere the use of specialists can be beneficial, but, you see, not everywhere.

Can. Because it's cheap and cheerful. The question of reconnaissance and the possibility of approaching with impunity to strike a target, because already in service there is a "Repellent" and "Pazanka", which are just working on drones. And many other complexes can work on them.

We will not consider cruise missiles and ICBMs, the target range is not the same.

And it turns out that when the question arises of the need to neutralize some kind of EW complex, in each case it is necessary to approach it separately. Not every complex can be taken with a rocket. Especially those that the rockets themselves can drop. 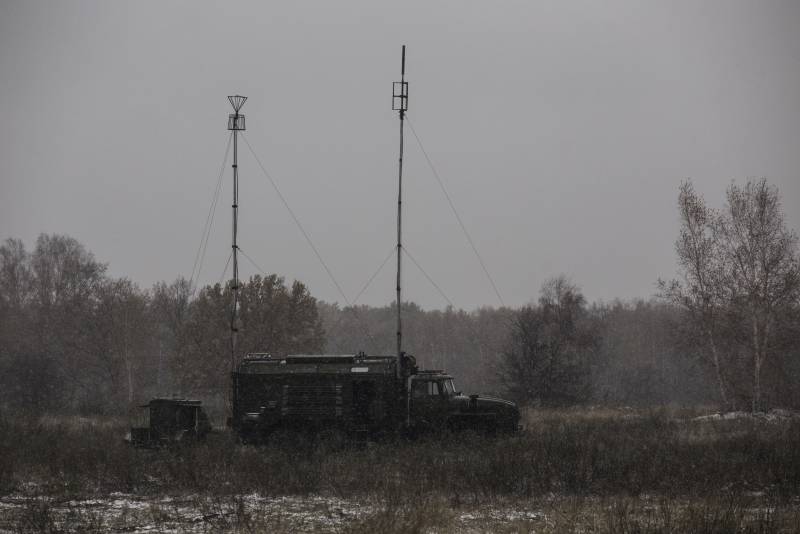 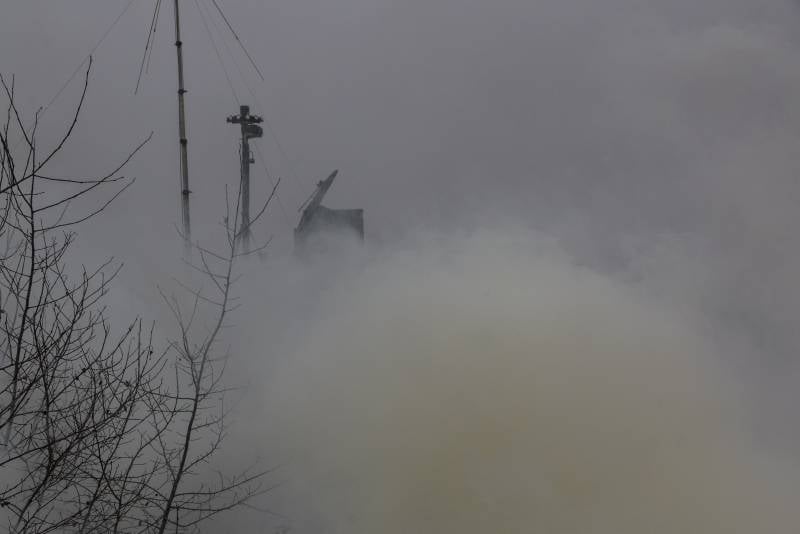 And, of course, disguise.

It's not as difficult as it seems.