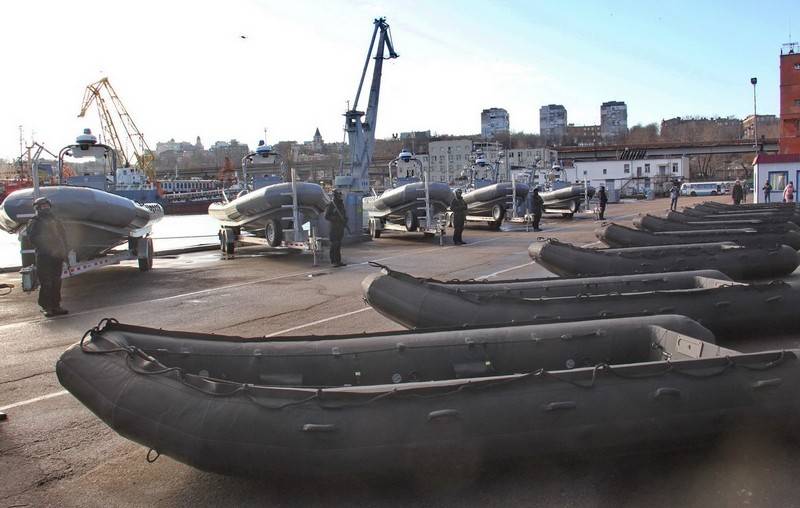 Ukraine received another military aid from the United States. According to the Ukrainian Ministry of Defense, the country's naval forces have been replenished with speed boats and inflatable boats.


According to the report, a batch of American aid, which included 10 Willard speedboats and more than 70 Zodiac inflatable boats, as well as various equipment for the Ukrainian Navy, was transferred to the Ukrainian side on February 10, 2021 in Odessa.

The solemn ceremony of the transfer of international technical assistance from the United States took place today on the territory of the Yug naval base in the Practical harbor in Odessa. In general, the Ukrainian military received from partners 10 Willard speed boats, more than 70 Zodiac inflatable boats and related equipment
- stated in the military.

It is specified that by the end of the first half of the year, the United States will transfer three more Island-class boats to the Ukrainian Navy.

It should be noted that this is not the first time the US has been handed over rubber boats to the Ukrainian fleet. In mid-January of this year, the US Embassy in Kiev announced the transfer of 84 special boats and 20 HMMWV armored vehicles to the Ukrainian side.

It is emphasized that military assistance from the United States was delivered to Ukraine by sea.

Ctrl Enter
Noticed oshЫbku Highlight text and press. Ctrl + Enter
We are
Reports from the militia of New Russia for 27-28 September 2014 of the yearYuri Drozdov: Russia prepared the role of the sacrificial calf
Military Reviewin Yandex News
Military Reviewin Google News
119 comments
Information
Dear reader, to leave comments on the publication, you must sign in.