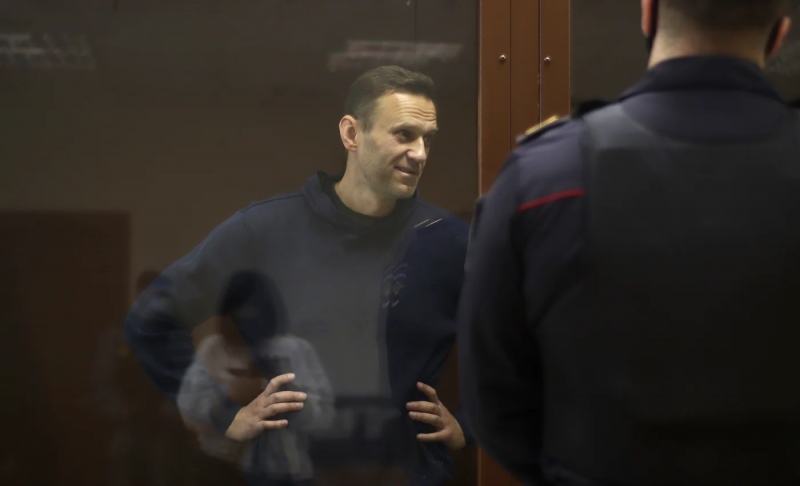 The trial of Navalny, who insulted the veteran of the Great Patriotic War, will continue on February 12. I did not plan to write about this process for a simple (but important for me) reason. This vile and cowardly man has already shown his insides. Hysterical and coward. The very small squad who bully the elders, knowing that there are adults behind who only need a reason to fight. Scum it is scum.

But you can't run away from life. How not to hide from a specific smell, passing by a pigsty of a farmer. It is not for nothing that the pig is often called the closest related (by the internal structure of the body) creature to humans. I do not know if this is exactly. But the fact that the stench of this animal perfectly stimulates the foot pressing the gas pedal in the car is true.

It was this stench, or rather the act of the little "bully" who insulted the veteran, that made me not "press the gas pedal", but, on the contrary, slow down. And think about the future. About the future of this young individual, and about his own, and his parents, and the country, finally.

Where from? Why? How was it allowed?

First about the incident.

And here we will have to return to the trial of Navalny. Those who somehow touched this action, probably, like me, experienced a feeling of some filthiness of everything that was happening. The creature from the cage verbally crap on the war veteran, and in his face and on my grandfathers. And I can't do anything. And the judge cannot. And everyone who is present at the trial cannot. Law!

A partisan of the Great War, a colonel of the Soviet army, a cavalier of military orders, 95-year-old Ignat Artemenko justifies himself in front of scum, and talks about what he really fought ... Justified! And "this", in a cage, laughs. Like, a crazy old man ... And you can't hit this in the face. Law. Like this? Me and millions of descendants of the winners are sling mud and nothing?

"Meat does not grow to me after the blockade"
was her saying until her death.

Then I saw the comments on this video.

Absolutely cynical, mocking, written in full confidence that nothing will happen to anyone for it. Comments of those same girls and boys, whose great-grandfathers, like Ignat Artemenko, at their age went to fight the enemy of their Motherland. Some are the sons of the regiment, some are sent to the boy's school in Solovki, some are partisans, some are sent to factories and factories to replace their parents at the machines.

I remember how my grandmother told me about the Battle of Kursk. No, not about how ours and the Germans fought. Not about the exploits of soldiers and officers. My relatives did not see this. We sat in the village cellar. Grandfather saw. He fought a few kilometers from home. But I could not reach him. The bullet or shrapnel was not fired. So my grandmother told how they buried the dead soldiers. How, sorry for the details, they sorted ours and the Germans who burned near tanks... As a mother, a 6-year-old girl at that time, collected her arms and legs on the field ... It was their war ...

We live in different countries

Yesterday I specially met with several people. They are completely different in social status, education, political views, and age. I was only interested in one thing, how to relate to this? What happened to make great-grandchildren such a mess?

You know, after these meetings, I felt sad.

Why did I make such a conclusion for myself?

In relation to the video about filth, opinions, as usual, were divided. From

"Shoot the reptile"
to

"Well, the kid wanted to hyip in front of his friends."
It’s not easy to describe all the punishments.

No, though. I will describe one of my feelings.

I talked with veterans. No, not the Great Patriotic War. With young, 35–40-year-old war veterans. Men who got into a military meat grinder as a boy from the well-fed childhood of a peaceful country. I have not heard a clear answer to what needs to be done with these scum. But I saw my eyes.

Considering that the bulk (no, jackals) roam in flocks, one by one they are completely different, "decent" children, I just imagined what could happen if these two groups meet. Some play the struggle for freedom, but they really mock those who are weaker or more cowardly. And the latter know very well that victory is not when the enemy retreated, but when the enemy is destroyed. And they know how to destroy the enemy and are always ready for this.

If we summarize all the statements of my interlocutors, we get a completely predictable picture. Ideology and the inevitability of punishment for crimes are needed. The only difference is what this ideology should be.

What kind of Russia do we live in now?

This is not an idle question, it directly concerns each of us and those very descendants whom we are ready to punish today with the most terrible punishments. Many people simply do not think about it. Any politician declares about the restoration of the USSR - and immediately a ring of like-minded people will form around him. Will declare the European way - the same история... Even Stalinism will give a similar result.

We are ready to cling to each other's throats, defending the correctness of our own views. I see this picture quite often when reading comments to my articles.

After all these verbal battles, does something change in the views of your opponents? Best case scenario,

"Let's end the argument"
in the majority, however, they slip into insults to each other.

Note, it is not men with 8-9 grade education somewhere in the taiga remote places who are arguing. There is no time to argue. You have to plow there. Educated and well-mannered people argue. Most of them work and earn money with their heads.

We are strangely reluctant to notice the simple details of our lives.

What determines the essence of the state system? The laws by which society lives. No matter how we beat ourselves in the chest, telling everyone about our own political and other views, the state will either re-educate you (isolate, destroy, etc.), or expel you from its territory. Legal!

During the Yeltsin period, we adopted many different laws. Lots of. We destroyed the education system and destroyed upbringing. We have abandoned everything Soviet. We even renounced our Russianness. Through the adopted laws! Accepted and valid now! And the disputes we are having are the level of kitchen conversations, nothing more.

Mining is easy, but demining ...

There will be a trial over the creature that deserves to be in the cage today. I don’t think they will send him somewhere, he will sit in Moscow for his own safety. Those who are accustomed to rebelling in warm weather will calm down.

The jackals, about whom I wrote above, may receive a hat from teachers and the public, let out snot and be forgiven. We are a merciful people. In May, the "excavation" of compromising materials on candidates for the State Duma will begin. We will discuss with interest whether it is fake or not. Life will calm down.

But the problem remains.

It's like in economics. Some owner of an agricultural holding Vasya Pupkin lost a billion due to a drop in demand for meat during Lent! Sorry for Pupkin. And then another message. The agricultural holding has increased the supply of grain due to an increase in demand for a billion! Pupkin is great, he had a presentiment of the economic situation. And in the end, the livestock breeders, whose wages were cut, suffered.

Today we are on the verge of major changes.

Either we change the state, through the abolition of the laws of the 90s, or they break our backs and turn us into

"European, democratic state, professing universal human values."
Either we remain Russian, or we become "Europeans." Not geographically, but spiritually.

And then all our conversations, all disputes and disagreements are quickly leveled by "Europeanly correct" laws.

And the opinion of the people?

We know perfectly well how it is formed. The overwhelming majority quickly accepts the opinion of the crowd they find themselves in.

“People are not fools. If they support, then there is something in it. It's just that I don't understand something yet ... "
The troubled summer of 1943 is coming ... July is coming ...