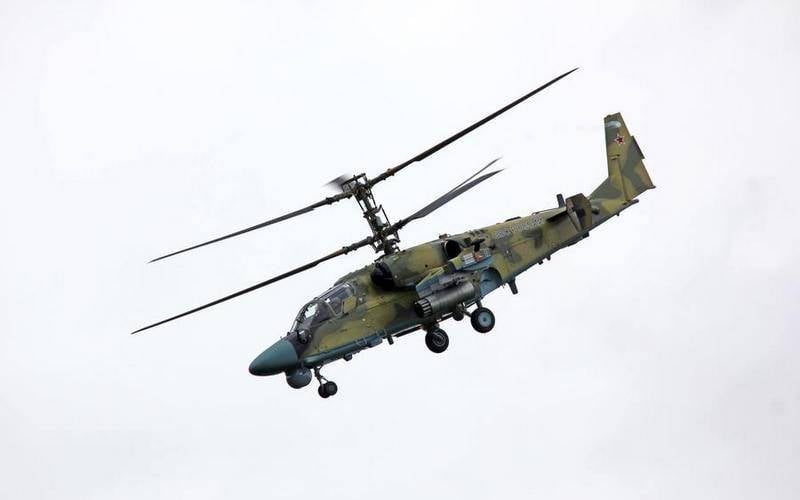 Two prototypes of the upgraded Ka-52M helicopters were sent for testing. Work on the new helicopters was completed last year. This was told by the managing director of Arsenyevskaya aviation company "Progress" Yuri Denisenko.


During a visit to AAK "Progress" by the President's Plenipotentiary in the Far Eastern Federal District Yuri Trutnev, Denisenko showed the working capacity of the enterprise and spoke about the program for creating an upgraded version of the Ka-52M helicopter.

According to him, the company has manufactured two prototypes of the Ka-52M, they have already been sent to the Mil and Kamov National Helicopter Building Center, where they are undergoing scheduled tests.

(...) the planned completion date for development work is 2022. We meet this deadline, and taking into account the duration of the production cycle, we are ready to start assembling Ka-52M helicopters now in order to ensure the first deliveries of serial vehicles next year.
- said Denisenko.

In the middle of last year, Russian Helicopters reported that the revision of production vehicles into a modernized version should be completed by the end of 2020. This will be followed by preliminary flight and joint state tests. In the course of modernization, the helicopter will receive new onboard systems: navigation, sighting, fire control and communication systems, as well as new weapons unified with the Mi-28NM, armoring and an onboard defense system. At the same time, the car will retain the previous airframe, but will acquire additional fuel tanks.

The KA-52M test program should be completed in September 2022. In total, it is planned to get into service with 114 modernized helicopters.

Ctrl Enter
Noticed oshЫbku Highlight text and press. Ctrl + Enter
We are
The prototype of the modernized Ka-52M made its first flightThe first Ka-52 on the "Rostvertol"
Military Reviewin Yandex News
Military Reviewin Google News
47 comments
Information
Dear reader, to leave comments on the publication, you must sign in.