The critical element base of the Pantsir-S1E is at the disposal of the AFRL laboratory of the US Air Force. Tula KBP has a new task 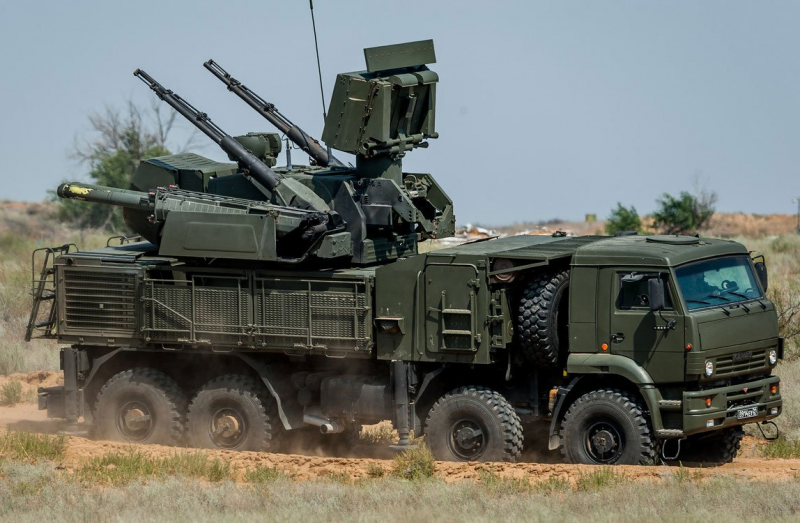 As you know, numerous military experts, as well as observers and commentators of the "Military Review" and other domestic military analytical platforms, focusing the audience's attention on the utopian nature of attempts to fully remove the source code of the "Pantsir-S1E" combat information and control system even through the most advanced software -Hardware tools and "add-ons", extremely recklessly took the information about its redemption by the US Armed Forces from the militarized formations of the Government of National Accord (PNC) of Libya with further movement from the US Air Force "Ramstein" (FRG) airbase to the "Wright-Patterson" (state Ohio).

Meanwhile, it would be extremely naive to assume that the transfer to the disposal of American specialists of even the export (with partially "cut down" element base and software components of the SUV) modification of the "Pantsir" will not be fraught with certain consequences for both the Air Force Anti-Aircraft Missile Forces and The Russian Navy, which has a naval modification of the Pantsir-M / Palitsa complex.

Indeed, today on the shoulders of the combat crews of the data of the Tula air defense systems (as well as on the shoulders of the operators of the Izhevsk self-propelled air defense missile systems "Tor-M1V / 2U", as well as the computerized control system of their ship version - the "Dagger" air defense missile system) is entrusted with a very difficult task of forming the last line of defense ground and sea anti-aircraft zones A2 / AD, which consists in covering the "dead zones" and "dead craters" (in the case of "Pantsir-S1 / M") anti-aircraft missile regiments S-300PS / PM1 / 2 and S-400 Russian Aerospace Forces , anti-aircraft missile battalions and brigades "Buk-M1-2 / 2", S-300V / 4 military air defense, as well as shipborne SAM S-300F / FM "Fort / -M".

The choice of the Wright-Patterson airbase as the final delivery point for the captured Pantsir-C1 was not at all accidental.

After all, this object belongs to the well-known in the expert circles of the US Air Force Research Laboratory AFRL ("Air Force Research Laboratory"), which is an analogue of the Russian Central Research Institute of the Air Force Troops of the Russian Ministry of Defense (TsNII VVKS) and specializing in detailed analysis of aerodynamic / flight technical parameters of any aircraft (from tactical aviation and UAVs to guided missiles, hypersonic OTBR and air-to-air missiles), electrodynamic parameters (including EPR) of aircraft and ground-based air defense / electronic warfare / RTR systems, as well as parameters of their electronic architectures and principles of operation of guidance and control systems.

With a high degree of probability, it can be argued that not only specialists from the Air Force Research Laboratory will take a direct part in the analysis of the parameters (and, possibly, field tests with the reflection of a conditional massive missile-air strike) of the electronic filling of the "trophy" "Pantsir-C1" USA AFRL, but also competent representatives of the Raytheon Space and Air Systems division of the military industrial corporation Raytheon, as well as the military industrial giant Lockheed Martin.

Their main task will be to assess the effectiveness of the 10ES1-E multispectral optoelectronic guidance system and the 1PC2-1E "Helmet" PFAR guidance radar in detecting, tracking and "capturing" promising high-precision samples being developed by these corporations. weapons in a difficult jamming environment.

In particular, despite the impossibility of full-fledged withdrawal of the source code of the Pantsiria-S1E weapons control system, specialists from the AFRL laboratory, as well as from the military-industrial corporations "Raytheon", will still be able to access a number of critical tactical and technical parameters of the 96K6E air defense missile system, which have the maximum similarity with the parameters of the standard modification "Pantsir-C1", intended for the Russian Aerospace Forces.

First of all, we are talking about obtaining data on the level of noise immunity of the receiving paths of the centimeter radar detector based on the PFAR 1PC1-E (operates in the X-band), as well as the millimeter-centimeter radar for target tracking and guidance of the 1PC2-1E "Helmet" missile defense system (functioning in the X / Ku-bands) under conditions of interference from the promising container complex electronic warfare AN / ALQ-249 (V) 3 NGJ-HB ("Next Generation Jammer - High Band") Increment 3, operating in the frequency range from 6 to 18 GHz (G, H, X and J-bands of centimeter waves) and capable of forming a powerful and narrow (about 0,5-1 degrees) interference beam, thanks to the presence of AFAR emitters based on gallium nitride microwave transistors.

Determination of this parameter will become possible both in the course of field tests of the AN / ALQ-249 NGJ-HB Increment 3 complex against the Pantsir-S1E radar modules, when AFLR specialists, acting as a combat crew of the "captured" ZRPK 96K6E, will attempt to "tie the tracks »Air targets against the background of radiation from the AN / ALQ-246 (by the method of target marker selection against the background of interference background), and in the course of software and hardware determination of the bit width of the phase shifters of the Shlem radar transmit-receive modules and the level of its side lobes.

On the basis of the data obtained, the specialists of the Raytheon corporation will be able to develop and load into the on-board computers the NGJ-HB EW complex supplied to the US Air Force combat units an individual counteraction mode for the Pantsirei-C1 radar guidance subsystem with flexibly simulated amplitude-frequency parameters.

Secondly, AFRL employees get access to the element base of the 10ES1-E multispectral optoelectronic complex.

The design features and parameters of the optical components of the optoelectronic complex (optical magnification / zoom range, aperture, aperture, etc. TV / IR modules), as well as the type, geometric parameters and resolution of its matrix photodetectors will be determined.

Based on these data, it will be possible to determine the maximum effective bearing range for heat-contrast targets with different infrared signatures in various meteorological conditions.

An equally weighty list of consequences can be fraught with the access of our overseas "colleagues" from the AFLR laboratory to the programming principles of coding and frequency parameters of the radio command guidance channel of the 57E6E missile defense system, the laser transponder channel (located in the tail part of the 57E6E missile defense unit), as well as protected radio exchange channels information on the tactical air situation between the 96K6E combat vehicles as part of the battery / division / mixed anti-aircraft missile brigade (including target distribution and receiving target designation from third-party radar and optical-electronic reconnaissance means).

All these factors must be taken into account (with appropriate processing and / or reprogramming of units) by the specialists of the Tula KBP in the course of further serial production of the late version of the complex - Pantsir-S1M and the revision of the promising Pantsir-S2 air defense missile system.

Ctrl Enter
Noticed oshЫbku Highlight text and press. Ctrl + Enter
We are
From the UAE to the USA via Libya. Trophy "Pantsir-S1E" and its historyThe meeting of NATO unmanned aircraft with the "Shell-S1E" shook the air castles of the Pentagon. Surprise from Tula
Military Reviewin Yandex News
Military Reviewin Google News
170 comments
Information
Dear reader, to leave comments on the publication, you must sign in.