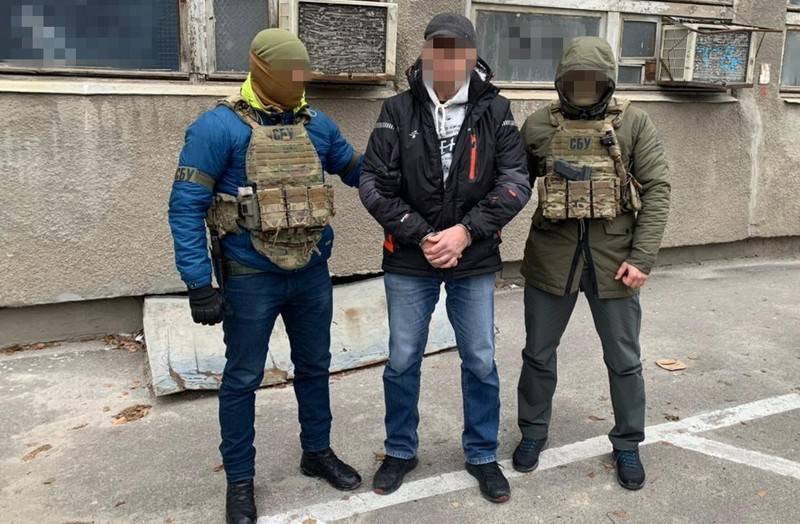 Counterintelligence of the Security Service of Ukraine exposed the espionage activities of an agent of the FSB of the Russian Federation, who was collecting information constituting a state secret of Ukraine. This was reported on the official website of the SBU.


According to the report, the detainee was a citizen of Ukraine, worked at one of the strategic enterprises of the city of Nikolaev. After being recruited by the FSB of the Russian Federation, he was tasked with collecting information about the latest Ukrainian military equipment. The agent of the Russian FSB paid special attention to obtaining information about the latest Ukrainian developments.

In order to gain access to the technical documentation of the latest developments, namely, the closed programs of Ukrainian unmanned aerial vehicles, the attacker tried to recruit one of the leaders of the scientific institution
- said in a statement.

The FSB agent was detained by the SBU during the transfer of "classified data", which was controlled by the Ukrainian special service.

In relation to the detainee, whose data are not disclosed in the interests of the investigation, a pre-trial investigation is underway, he was announced suspicion under Part 1 of Art. 111 (high treason) of the Criminal Code of Ukraine. The issue of choosing a preventive measure is being resolved.

Recall that in mid-January, the SBU reported on the work for 2020. According to the report, 304 criminal proceedings have been initiated by counterintelligence on the grounds of treason, espionage, sabotage and the creation of terrorist organizations. As part of these cases, agents of the Russian FSB and Chinese intelligence were detained.