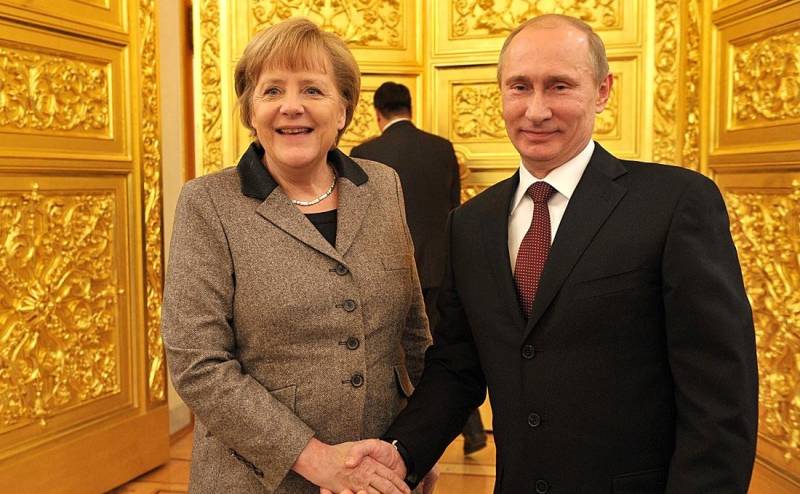 The only phrase about "Nord Stream - 2" that would have sounded from Berlin is capable of solving at once many problems that the opponents of the project have. And this phrase, consisting of only nine words, could have been uttered by German Chancellor Angela Merkel.


This is the opinion of Konrad Schuller, whose article was published by the Frankfurter Allgemeine Zeitung.

He believes that Merkel should say the following phrase:

I cannot support the Nord Stream 2 gas pipeline project.
And as soon as she says these words, Schuller believes, there will be a rallying of the European Union, a strengthening of Germany's position and a restart of relations with the United States. It turns out that the German press is trying to resolve the issue of Nord Stream 2 for Angela Merkel.

The author of an article in a German newspaper believes that the time for the German Chancellor to utter this phrase will come at the moment when Alexei Navalny goes to the colony to serve his term. This will mean that Russia grossly ignores the decision of the European Court of Human Rights, thus demonstrating its disregard for the norms of international law.

After these "magic" words, the German expert believes, Merkel will not have to do anything else. Opponents of the SP-2 in the European Union will no longer fear that Germany will use its veto on their proposal to close the project, and Berlin will receive the status of a unifier of Europe. In addition, there will be no disagreements between Germany and the United States, which will serve as an incentive to restart the allied relations between the two countries.

Ctrl Enter
Noticed oshЫbku Highlight text and press. Ctrl + Enter
We are
Reports from the militia of New Russia for 27-28 September 2014 of the yearDecember 2010 years. Russian March. Senseless and merciless? Notes not a Russian person
Military Reviewin Yandex News
Military Reviewin Google News
72 comments
Information
Dear reader, to leave comments on the publication, you must sign in.