Moon: China vs. USA. Where will Russia be?

February 9 2021
160
Yes, today we have to admit that China has broken into the space family and will not go anywhere from it now. However, this was understandable before, but the first places in near-space surveys and analysts were taken by the successes of the Elon Musk program and the directly opposite statements by Dmitry Rogozin in terms of success.


However, if we talk about who will more beautifully declare their future successes, then, of course, Rogozin is beyond competition.

However, we have not Rogozin on our agenda, but China. A country that has made just a giant leap into space. Considering that the Chinese began work on integration into space much later than the USSR and the USA, and even not having such a level of development of both science and technology - there really is a standing ovation. 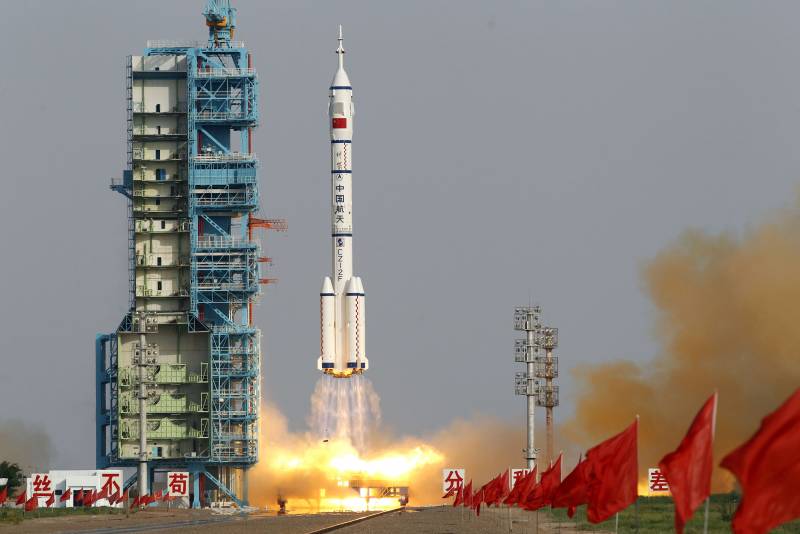 Yes, the Chinese have a secret trump card. More precisely, it is not a secret, but a very significant trump card that will really allow China not only to catch up, but, possibly, to overtake its rivals in space.

And this trump card is called - socialist planning. That is, a clearly developed concept and a plan for its implementation in accordance with the teachings of Marxism-Leninism, which is followed by the CPC, the leading country.

And you shouldn't even think about how erroneous or hopeless this teaching can be. Because it was on it that the Soviet Union at one time broke into space leaders. And it was precisely on the rejection of such a plan that Russia lost its leadership.

So, China, implementing its own concept, is gradually beginning to catch up and even break away from competitors.

Having tested everything that was necessary at two small orbital stations "Tiangong" (I would call them copies of "Salut"), the Chinese are starting to build a multi-module orbital station of the ISS type. Will they build it? There is no doubt about it.

Interplanetary stations. Full order. At the end of last year, the Chinese Chang'e-5 spacecraft delivered soil samples from the lunar surface to Earth. This is the first delivery of lunar soil to Earth in 45 years, since the Soviet mission "Luna-24", which took place in 1976.

Well, at what pace the PRC is sowing near-earth space with satellites, everyone can see for himself. There is nothing pleasant for us.

What about the USA?

Everything is quite complicated there. It all depends on who the president is and what his personal attitude to the space program is. Remember how Obama was criticized for his negative attitude towards the lunar program, which led to its curtailment?

But, as it turned out, Obama was right, redirecting efforts and money to support private projects. And as a result, SpaceX appeared, its own reusable launch vehicles appeared, which made life very, very much easier for the American space program in terms of independence from Russia.

Russia ... It's sad here. And, unfortunately, apart from the theoretical shuffling of Rogozin from side to side, we have nothing. That flight to Mars, the lunar program, then its own orbital station. With all that, the problem with launch vehicles has not been fully resolved.

I just don't want to talk about the new generation spacecraft. All the same module "Science" for long-term construction, that "Federation" - "Eagle" that "Argo". Conversations endlessly and endlessly, boundless, like space ...

But there is no need to talk about Russia, or rather, there is nothing yet. Let's go back to the USA.

There, too, jumping be healthy. Especially around the moon.

Donald Trump decided to return the Apollo-Artemis lunar program that Obama had removed from the far safe. The program is outwardly strong: a lunar station "Gateway", regular flights to the moon, the construction of a station on the surface of the satellite.

Will they be able to? Well, since Musk has solved the problem with launch vehicles, it is possible. But not by the specified 2024. Here, sorry, it's hard to believe. 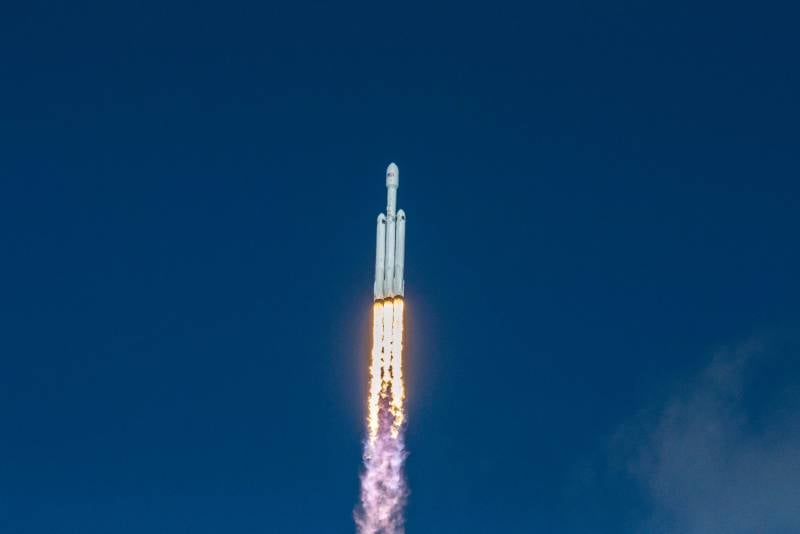 And now Trump is done. Enter history, as another president-conqueror of the moon, he will not succeed. And Biden ...

In general, one must speak carefully for Biden. Having watched several of his speeches, I still did not understand how the new US president generally views the space program. And does he even look at her somehow. So, given the unstable political behavior of Biden in some issues (I'm not about hatred of Russia and China, if anything - approx.), I would not be surprised if NASA once again swooped down on budget cuts, and Apollo Artemis again went to the archive.

Here in Biden it will be performed easily and naturally.

And then it is quite possible that the Chinese will land on the moon before the Americans.

Considering the attitude in the United States to the Moon ("Whoever got up earlier - that and the slippers"), there the satellite is considered almost property, this will cause not the best resonance in America. And rightly so, by the way. Statements of some American politicians on the theme that "everything that is mined on the moon should belong to the United States" make you want to twist your finger to your temple, nothing more.

So before the "Death Star" in orbit of the Earth and inspection spaceships on approach, it will not take long to finish badly. And there it is not far from a room with soft walls in general.

And of course, one cannot fail to note the successes of two rival American space corporations, the already mentioned SpaceX Elon Musk and Blue Origin of Jeff Bezos.

Both are developing space technology, launching satellites, SpaceX is creating a Starlink orbital network of 12 thousand satellites, Blue Origin is also working to create its own similar network, albeit smaller.

And both companies declare cooperation with NASA on the lunar program. Will it work? Everything is possible.

However, the main thing that these companies have done is that with the help of their developments (especially reusable launch vehicles), they have significantly reduced the cost of one kilogram of payload, thrown into low-earth orbit. The orbit became more accessible than numerous research centers immediately began to use, which previously could not afford space launches.

And what about us?

Well, if apart from historical glory, which, in fact, is not Russian, but Soviet?

In the world (especially in Europe) it is believed that the whole world is watching the decline of Russian cosmonautics.

A confident third place after China and the USA. And the European Union, which is on its heels, with its own program.

In the Czech edition iDNES.cz there was an article in which Karel Zvonik expressed the opinion that “Russia, which cannot be denied inventiveness, has recently lost a clear and understandable goal. Judging by the inexhaustible stream of statements by Russian leaders, the country under the leadership of Vladimir Putin wants to achieve practically everything in astronautics, but can not bring anything to its logical conclusion. "

Yes, now we can easily say that it is not for the Czechs to evaluate our successes or failures, since they themselves have not created anything in the space industry. However, the fact that all the words about future projects of Roskomos basically end in nothing is fair.

Since 2005, the fuss around the reusable spacecraft has continued. Whether "Eagle", or "Argo" - it is not entirely clear who will be and whether there will be.

Since 1995 the module "Science" has been tormented. It seems that 80% of the checks have been completed, perhaps in 2021 the module will still be launched and docked to the ISS.

There were talks about the beginning of the development of the lunar program, but so far they can not finish the Vostochny cosmodrome. Venus exploration programs don't look serious either.

Beautiful presentations and loud statements against the background of increasingly obsolete space technologies of the mid-20th century, laid down by the Soviet pioneers of space exploration - this is not a space superpower. These are just empty statements that are worthless and have little value.

In general, throwing from the Moon to Venus, unsupported by anything, is the current reality of Russian cosmonautics.

From this, one can draw a conclusion that is not very pleasant for Russia and the United States: in the near future, China, which has a clear strategy and the ability to fulfill its plans, will be able to become the undisputed leader in space exploration. And this applies not only to the lunar research program.

The Moon can be declared a US zone of influence. But will the satellite of the planet make it an American territory, if Chinese ships and automatic stations fly there?

Ctrl Enter
Noticed oshЫbku Highlight text and press. Ctrl + Enter
We are
Situational analysis of the death of the MH17 flight (Malaysian Boeing 777), made on the basis of engineering analysis from 15.08.2014Results of the week. “In our cooperative, the board is always agreed”
Military Reviewin Yandex News
Military Reviewin Google News
160 comments
Information
Dear reader, to leave comments on the publication, you must sign in.