The rich get inflation and the poor get higher prices 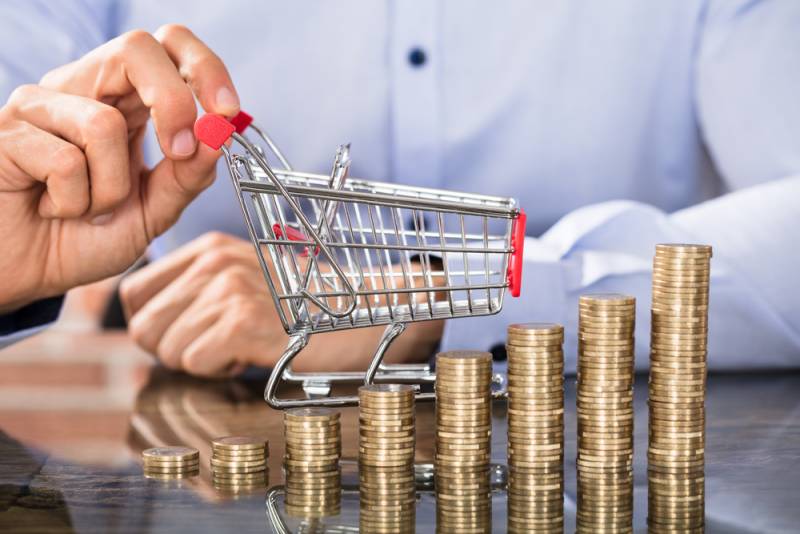 About this - either nothing, or only good

Alas, prices, even with a complete failure of demand for very, very much, still surpassed the benchmarks outlined by our economists during the government. Instead of 3,7–3,8%, which the Ministry of Finance and the Central Bank expected to reach, it turned out to be 4,9%.

But I don't really believe in such a modest figure. In reality, the situation with prices is about the same as with the weather. When the officially announced four-odd percent of growth is "felt" as 10. Or even all 15%. Especially in the most sensitive areas.

And this means - more (and significantly) than by 4,9%, the prices for food and essential goods, housing, utilities and transport have risen. We will return to the main one. And we will make a reservation about the latter. And here it's not even about gasoline. Although he has jumped in price already to frightening heights.

If we talk about transport for the majority of citizens, then it is not even surprising, but frightened by the cynicism with which in the same capital (and also in quite a few regions) they decided to “save” pensioners by blocking social cards for them. Those with the right to free travel.

Here, the contribution to inflation (and not taken into account in any way) turns out to be simply prohibitive. From scratch - to the “tariff for everyone” level. But you still need to ride. And you have to.

Yes, here, at least for doctors and specialized pharmacies, which I recently encountered in practice, when I had to move from the Moscow region to the capital. The transport blow to the budget turned out to be very powerful - almost half a thousand in one sortie.

Did you ask us?

That's all about transport!

Let us limit our journalistic zeal to a dispute about the inflation that we were recently informed about not only from Rosstat, but also from practically all interested departments.

I have already written many times that these are different concepts. That is, as a percentage of inflation, the speech (and calculation) is again about how the entire available money supply exceeds the total volume of goods and services.

But it is not at all about what citizens see on the counters and in payment vouchers for housing and communal services. Therefore, the Public Opinion Fund has recently joined the officials who "estimate prices".

The FOM decided to interview citizens how they felt inflation in 2020 and what they expect from prices in 2021.

I will not spread for a long time, the information is not confidential. I will only note that according to the calculations of sociologists, the same 4,9 percent, the majority of the population perceived the rise in prices as approximately 12-13 percent.

Moreover, the public, for whom the purchase of new cars, jewelry and high-quality equipment is the norm, practically ignores the rise in prices. Many (more precisely, about 28% of those), in general, are sure that really "consumer" prices are not growing at all.

And the expectations, as the FOM specialists found out, the worse the more people have accumulated. And it is clear that this is directly related to the fact that because of the rise in prices, savings are being consumed. Those who have not accumulated anything, or have accumulated very little, and have nothing to lose. So they don’t worry. 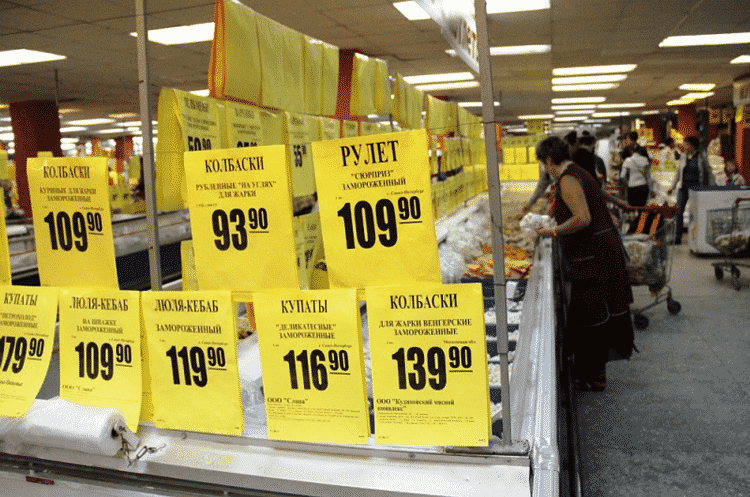 But on the soil or in the field?

At the dawn of market transformations, the same Chubais, being deputy prime minister, not only in privatization, but also, by the way, in the social sphere with the consumer market, did not really hide that he regularly makes a kind of inflationary stash for the treasury.

Then, after all, the tariffs regulated by the state were always raised earlier than everything else. One might think that things are different now. But if Chubais did this really for the treasury, you see, he would be forgiven a lot.

In fact, the ground for default and he (and others like him) loosened to the envy of any Argentina. The current anti-crisis managers from among the hardened liberals, who have ridden the economic bloc not only in the government, but also in real business, have fought hard for 4% inflation for many years.

They called it "target". I remember very well, may the readers forgive me for such nostalgia, that in the center of Rome there is a good restaurant with the same name, which is actually translated from Latin as “chain”.

If it was really planned to put prices on the chain - this is the goal, the most good one. However, more than ten years have passed since the first serious crisis in the new millennium, and it has not been possible to catch the rise in prices at the same 4%.

A whole new generation of bureaucracy has grown up in the field of the fight against inflation. And his methods are noticeably different from those used by the same "privatizer of all Russia."

The current bureaucrats work thinner. But the propaganda of their actions for the benefit of the Russians is being conducted more impudently at times. It seems that it is not for nothing that it is said that in our time even reputation is nothing, but image is everything!

Here's how - no one expected

In conclusion, a little about your own, about the girl's.

StoriesI know that some of my colleagues had similar ones. Many years ago, the executive secretary of one of the very reputable newspapers managed to put me, a novice correspondent, literally into a stupor.

And this - in just two short conversations. At first, accepting my highly original text on social issues, he immediately stated:

"But no one wrote about this?"
A day later, when I, slightly correcting the note, as they say, brought its content closer to people, I received in response:

"So everyone has already unsubscribed about this!"

Today, in the presence of the Internet and social networks, everyone writes about literally everything. Try to excel here, but no one has a monopoly on the topic. This is to say that writing about prices is never harmful.

Moreover, it was really possible to cope with them, it seems, only under Stalin.

My own grandmother and mother helped me to believe this (always more than the Pravda newspaper), with nostalgia recalling seasonal price reductions, sales, and discounts.

In turn, perestroika and reformers convinced the entire Soviet people that with prices, which had already gone to pieces by the beginning of the 90s, either competition, or even Gaidar's

“Iron hand of the market”.
For almost three decades, we all had to make sure from personal experience that no one managed to cope with prices.

Ctrl Enter
Noticed oshЫbku Highlight text and press. Ctrl + Enter
We are
About Stalin and KhrushchevWhat you didn't want to know about England
Military Reviewin Yandex News
Military Reviewin Google News
186 comments
Information
Dear reader, to leave comments on the publication, you must sign in.