Boots of the short war 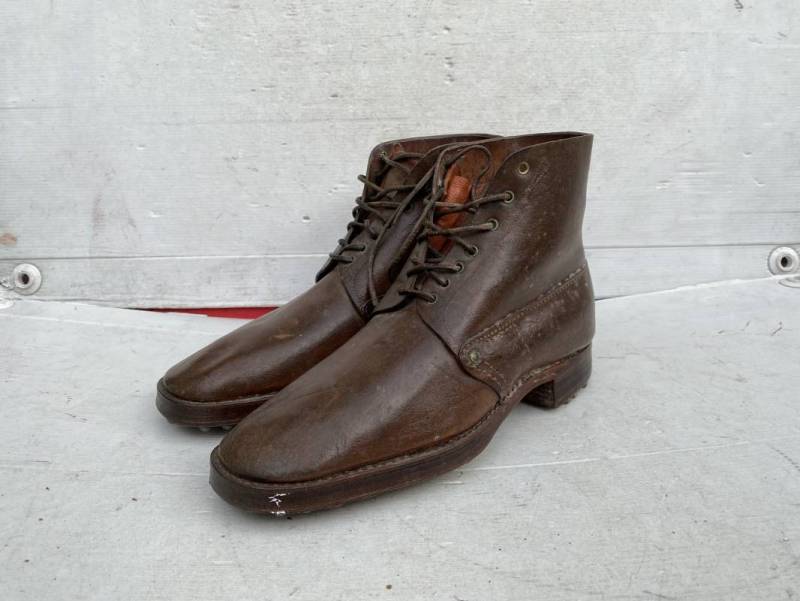 Having decided to continue the description of military boots of different countries in one word, when I got acquainted with the French samples, I fell into a stupor.


At first, he himself did not even believe the material studied. But, going a little deeper into history question, I found such a capacious word for French boots too.

Let me remind you that if you try to describe in one word the army footwear of the Second World War, then German is characterized by "quality", for the British - "conservatism", and for the American - "search". We found this out in the three previous publications of this cycle.

I believe that for the French army shoes of the same period, such a capacious word-characteristic will most likely become "archaic".

How else can you characterize the 1917 model boots?

After all, it was in this style that the French infantryman began the Second World War.

Apparently, the generals in Paris thought that long-nosed boots (they seemed to me personally) should remind the soldiers of past victories and of the shameful signing of a peace treaty for Germany in a railway carriage.

Low leather shoes with a characteristic cut of black or brown.

What is the difference between the cut?

Pay attention - the heel goes over the sides of the boot, thus forming a reinforcing lining.

There are a pair of rivets. Seven pairs of round eyelets for open lacing. The tongue flap was sewn only to the top. So the boots did not save absolutely from dampness and dirt.

Until World War II, the sole was made of thick leather and nailed down with boot nails and horseshoes.

It was just such a structure. 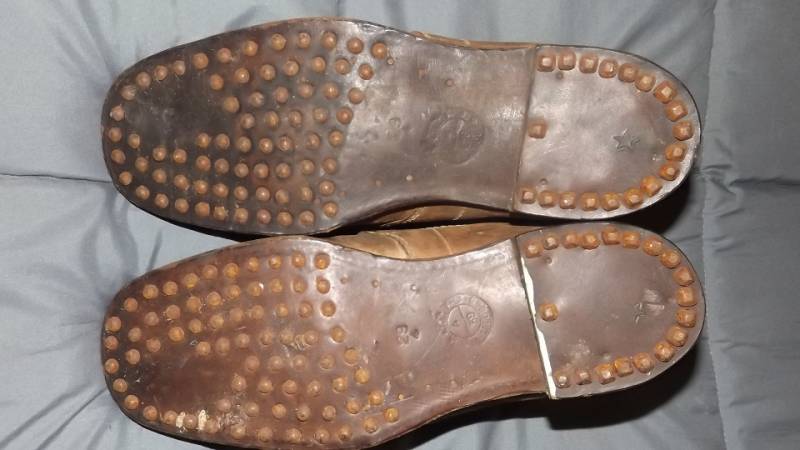 True, the margin of safety of the upper of the shoe sometimes led to the fact that other soles were sewn to the "old" upper.

There are many images of French soldiers dressed in English and American uniforms, but wearing 1917 boots.

There are also photos of these boots from 1954.

It is interesting that this shoe fought in Indochina and Algeria, although already in single copies. It was then already begun to be squeezed out of the supply by later models of 1945.

By the way, on some forums selling antiques, they write about the 1917 model:

"Military boots of the First or Second World War".

In addition to the above, boots of the 1919 model were used in the French army.

But much less often, due to their high cost.

The cut of the top has changed - rivets and a massive heel have been removed. 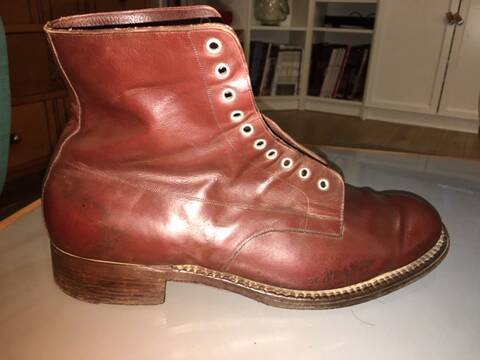 But the most mysterious were even rarer boots of the 1941 model.

Did the date confuse you too?

That's right - France lost the war. And at that time, the evacuated French units overseas and oceans mostly sported either in someone else's, or in their own, but in archaic shoes. That is, in the 1917 model.

But then who in the French army managed to change their shoes into the freshly released 1941 model?

It turns out that they were used mainly in the security units of central France and in the Vichy army.

Here, by the way, is a sample of the shape of these boots. 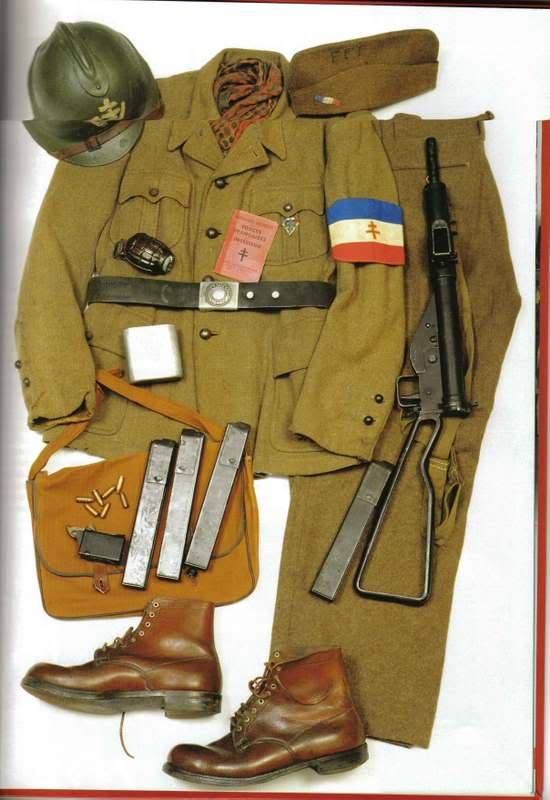 The cut of the boots has changed again. The rivets and heel are back. The number of eyelets has decreased. Thick leather sole. The heel is nailed.

All this was worn at the beginning with windings. And then with cloth or leather leggings. From a distance, this model was somewhat reminiscent of boots.

This is such a long history of French army boots during that short war for France.

Ctrl Enter
Noticed oshЫbku Highlight text and press. Ctrl + Enter
We are
Commentary on A. Petrov's interview “Fire and Tactics in the Russian Army: Another Look”What you didn't want to know about England
Military Reviewin Yandex News
Military Reviewin Google News
49 comments
Information
Dear reader, to leave comments on the publication, you must sign in.