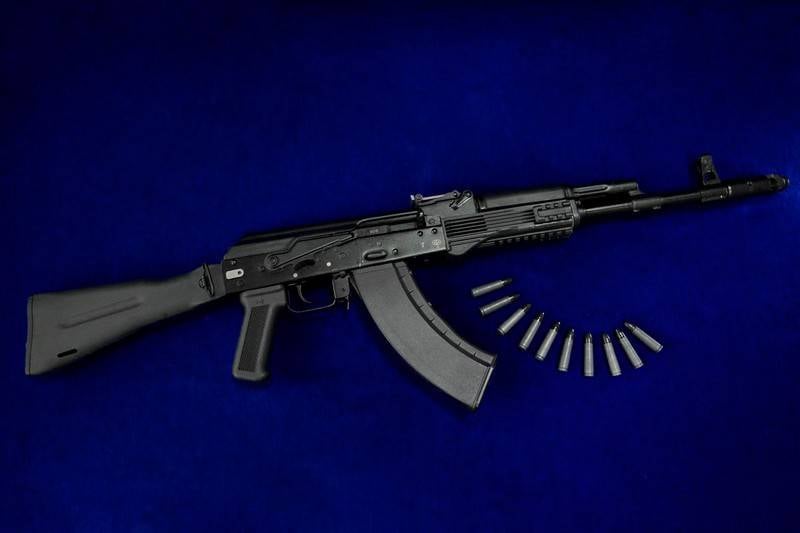 Concern "Kalashnikov" from Monday, February 8, 2021, began selling a new version of the TG2 smoothbore carbine. This was said in a statement.

On February 8, a new version of the TG2 smoothbore carbine (version 3) with a shortened barrel goes on sale in Kalashnikov brand zones throughout Russia. In appearance, this sample is identical to the AK104 assault rifle and "Saiga" rifled carbines version 33
- said in a statement.

It is noted that the feature weapons is that the appearance of the carbine is completely identical to the Kalashnikov assault rifle model AK-104, with the exception of minor nuances, such as the absence of a tide under the bayonet knife and under the ramrod. The carbine has a 341 mm barrel with a "Paradox" drilling, folding the stock to the left and Picatinny strips on the side of the forearm. Power is supplied from an elongated 10-round magazine.