How I celebrated my victory over Poland in 2030 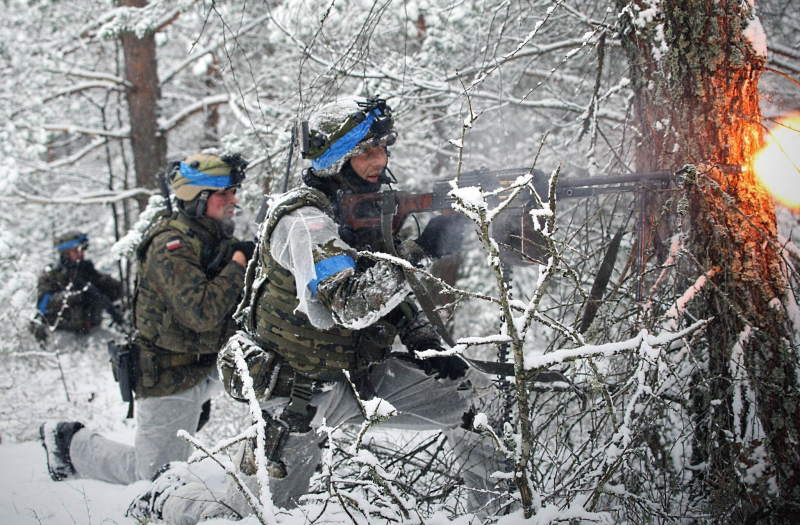 I love it when someone gives me a holiday. I even do not know why. Maybe her nature is so loving? In the sense of the holidays.


And I'm too lazy to arrange these events for myself. Also, probably, nature. In the sense of a lazy person. It is good that there are many “good neighbors” around, who give me a sense of conviviality every day.

True, lately the jokes on duty have become a little annoying. Those from the school textbook. From point A to point B ... I mean, in point A everything is so bad that the population cries in unison and runs to point B. To be honest, I have long since asked this question. Why are they all leaving there?

Or stories about the war. Also annoying. Doctor, I got a little wounded. And you, my friend, are lying. I can see right through you ...

In short, I wanted something unusual. And so…

Yes, you are not mistaken, dear readers.

I really celebrated our victory over the enemies all weekend! Virtually, naturally. Really celebrating health does not allow, and the victory is virtual. In 2030 it was. Or will it be? In short, the main thing is victory, the rest is nonsense. Thanks to our Polish friends for a great weekend!

I decided to share my joy with you too.

And you don't have to twirl your finger at your temple.

I know that some do not believe the reports of the Russian media. That's why I get information from the enemy's press. Poles won't come up with history about how their army was destroyed?

Although ... I once heard a story about a grandfather from Ukraine, who sprayed the garden with some kind of chemistry for two years. I fought with the Colorado potato beetle. In the third year, they say, they already sprayed the garden with this same beetle. And individually, the Ukrainian victory in World War II was celebrated. The TV said so.

Winter has pleased us this year. Such a normal winter. With frost. Only little snow fell. I wanted to read about a foreign winter.

I go to the Polish interia.pl and read "Winter-20". Well…

It turned out that this is the name of the largest headquarters exercises of the Polish army, in which several thousand officers took part. And the “war” was personally controlled by the Polish president Andrzej Duda.

Uh, no, I think. You need to check the information. Who knows, maybe this spy edition of ours is deceiving the Poles? Everything can be expected from us. Ran on Super Express.

Exactly everything. They really fought on the cards. Moreover, using all the weapons. Even the one they are only planning to buy.

We took into account the experience of the Second World War. Military history is remembered in the Polish army. Only this time the attack was from the east.

There is a conditional "eastern neighbor" there. I suspect that this is Belarus. Although everyone insists that it was Russia who attacked the peaceful army of Poland.

In vain they did not warn the Belarusians or us that we would be fighting for 22 days.

The enemy foolishly took and in four days defeated all divisions in the east and surrounded Warsaw. It turned out ugly somehow.

At the same time, Lublin and Bialystok were surrendered immediately without a fight. The commanders of the individual divisions were shocked, they refused to follow some orders because they were incomprehensible from a military point of view.

The commanders of individual divisions were shocked and refused to carry out some orders simply because they did not understand them. "
In short, the results of the first four days, according to the publication, are deplorable. It turned out that the modern military of Poland are inferior to those from 1939. At least the situation turned out to be much worse than it was then.

Have they fought or built a new army? NATO sample?

“In the east of the Vistula, the Polish troops were defeated, the forward battalions lost 60 to 80 percent of their available personnel.

Strategically important ports were occupied or blocked, and the Polish Air Force and Navy ceased to exist, despite NATO support. "
One of the commanders of the Polish army told the Polish journalists a phrase that should be interpreted by the Polish authorities. Maybe the military fervor will decrease:

“Fortunately, these were just exercises.

I hope that conclusions will be drawn from this failure. "

Have you ever interacted with people who are fanatically dedicated to their work?

Very, you know, an interesting activity. Once I was present at the engagement of the daughter of an investigator. In the middle of the night, after all the toasts and wishes, he suddenly asked one of the guests, drilling him with fishy eyes:

"For what purpose, where and when were you born?"

The professional took his toll.

Why did I remember this.

Between us, information about these exercises, judging by what the press secretary of the President Marcin Skovron told reporters, is classified. Military secret, so to speak:

"We are unable to provide any information regarding baseline plans, course and results."
However, I again did not believe the press.

I looked in Polish sources for at least some reports of lawsuits against Polish journalists regarding the disclosure of military secrets. Alas, there are no such claims. This means that the military secret is so-so. The same quality as the Polish army.

I wonder if this event can be called

"Conditional meeting of the dead"?
Or conditionally only soldiers and officers died?

Although it doesn't matter anymore. A Russian-Belarusian surzhik is already heard in Warsaw. Conditionally, of course.

Note. Surzhik is the everyday language of the inhabitants of the Russian-speaking regions of Ukraine, consisting of a mixture of Ukrainian and Russian words.

The commander-in-chief also had to comment on the past exercises. Oh, those journalists! Duda was as verbose as his press secretary:

"These teachings are for us the first and very good lesson that will allow us to make adjustments and develop some new elements."
These are the pies. For the first time, a command post exercise was held.

And got a virtual boot in the face. And this is with the weapons that do not yet exist, with the help of all NATO troops. And in the absence of a real enemy. Even on the map.

We will do what we will

Indeed, something needs to be done.

There is nowhere to increase the Polish army further. This means that it is necessary to beg the Americans to introduce their units from the composition of those that the Germans look askance at. In fact, Poland has no choice but to give the command of its own army to its older brothers from overseas. Make the Polish army one of the American wheels.

What will come of it?

Never mind. In addition, the Poles will have to spend even more money on

“Feeding friends”.
The main thing is that all this will never solve the country's security problem.

In this connection, I recalled a family incident.

One morning I called to my wife to put the kettle on while I shave. While shaving, I heard that she was my slave, that I did not appreciate her at all, that I stopped seeing her as a woman, and it was time for us to get divorced, because I had another woman. In short, I drank some tea before work.

The Polish soldiers and officers probably feel about the same today.

What is the fighting spirit of the army?

What is the pride in the country and its own armed forces?

But ordinary soldiers and officers were sure that they would be able to hold out until the arrival of “their own” from NATO.

"Time to get divorced"?
Or become another Yankee mistress?