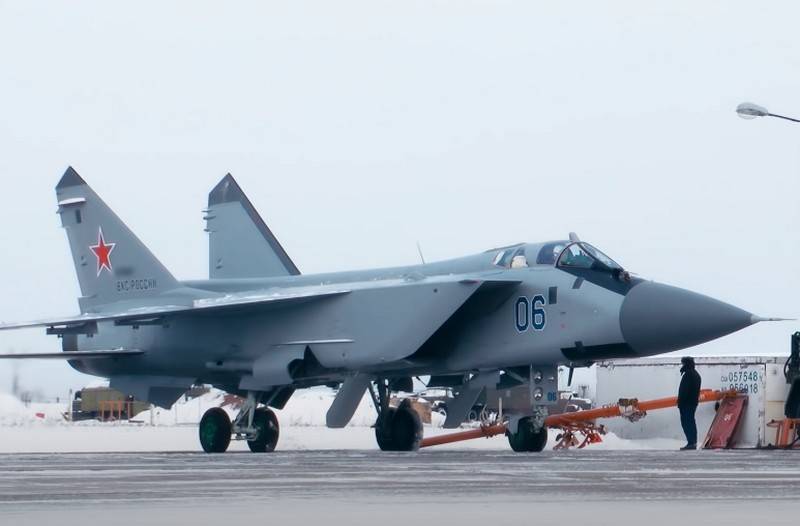 The Northern Fleet has rotated long-range interceptors MiG-31BM, which are on alert in the Arctic. This was reported by the press service fleet.


According to the report, the first rotation of the MiG-31BM crews took place under the leadership of the commander of the Air Force and Air Defense Army of the Northern Fleet, Lieutenant General Alexander Otroshchenko, who personally piloted the MiG-31BM interceptor from the airfield on the Kola Peninsula to the Rogachevo airfield on the Novaya Zemlya archipelago.

The first change of flight personnel and MiG-31BM fighters of a separate mixed air regiment took place at the Rogachevo airfield of the Northern Fleet on the Yuzhny island of the Novaya Zemlya archipelago. A month ago, they took up an experimental combat duty to protect the state border of the Russian Federation in the airspace of the Arctic.
- Reported the press service.

It is specified that the pilots are on alert for one month.

Recall that in mid-January, on the Novaya Zemlya archipelago, a solemn ritual of intercession on experimental combat duty of the MiG-31BM pilots to protect the state border in the Arctic took place. The pilots are on duty together with the anti-aircraft gunners. There is an anti-aircraft missile regiment of the 45th Army of the Air Force and Air Defense of the Northern Fleet, armed with S-400 air defense systems.

It is noted that no violations of the border were noticed during the month of the experimental combat duty.
Ctrl Enter
Noticed oshЫbku Highlight text and press. Ctrl + Enter
We are
Reports from the militia of New Russia for 27-28 September 2014 of the yearInterview of Vladimir Putin with Radio Europe-1 and TF1
Military Reviewin Yandex News
Military Reviewin Google News
78 comments
Information
Dear reader, to leave comments on the publication, you must sign in.