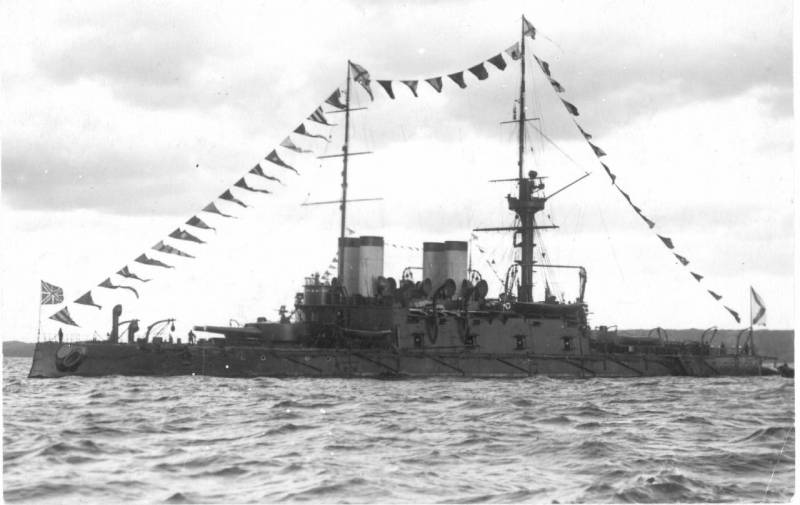 And you have to start with the British.


Limes in the last quarter of the XNUMXth century were trendsetters and ardent supporters of large-scale production, which greatly simplified the actions in battle. In terms of managing ships and squads. And it made production and service cheaper. 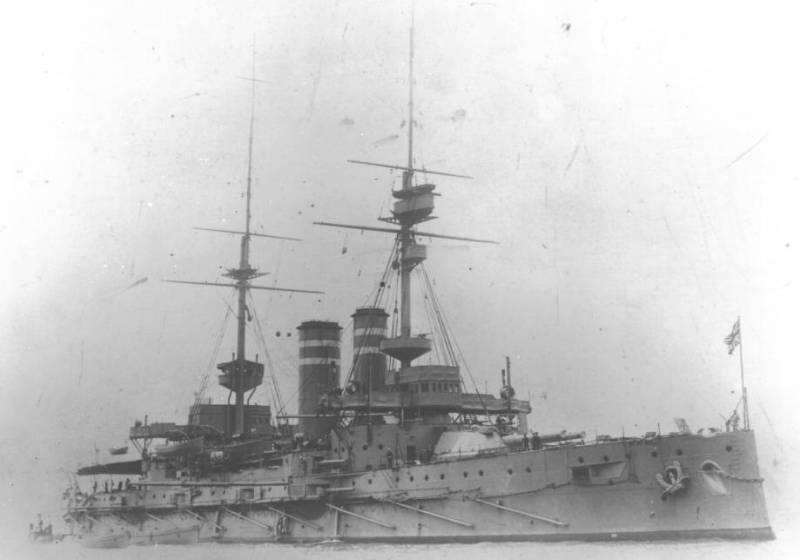 A total of 35 squadron battleships of six types. Almost six per type on average.

And if without an average, then the first four is the search for the optimum. But it is quite similar. And it can work together.

Then construction proceeded with ready-made squadrons: just add cruisers and destroyers. Such a Victorian invite.

And what about the Yankees? 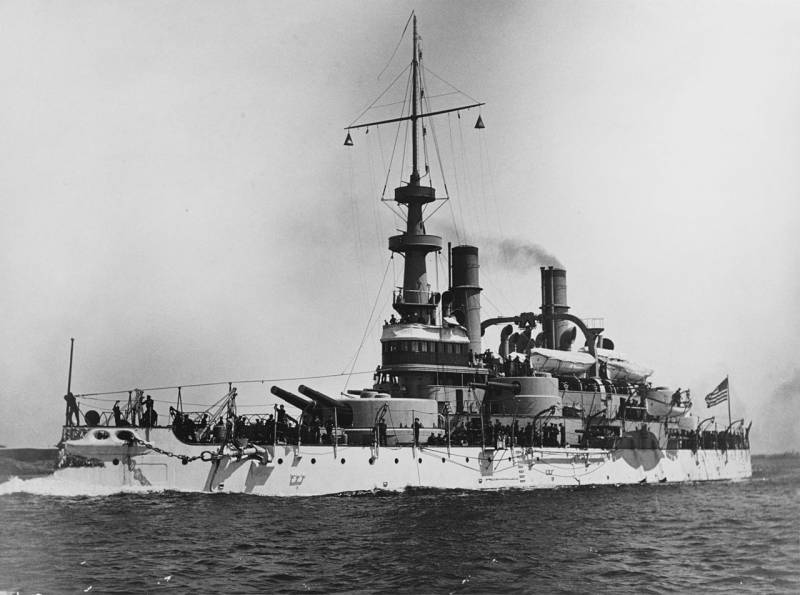 Three USS Indiana, two USS Kearsarge, three USS Illinois, three USS Maine and as many as 5 CSS Virginia and six Connecticuts planned "(Connecticut-class battleship). While the tasks were local - small-scale production. As soon as the bald eagle gained mass - following the example of the British. 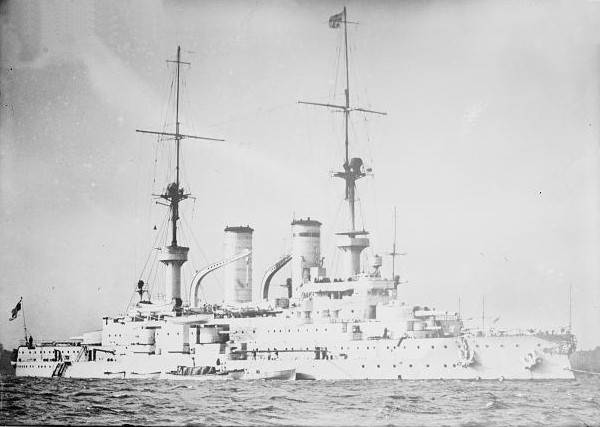 In the United navy Japan was total six battleships. And six second-class cruisers or non-armored carriers.

Only the French remained of the greats. 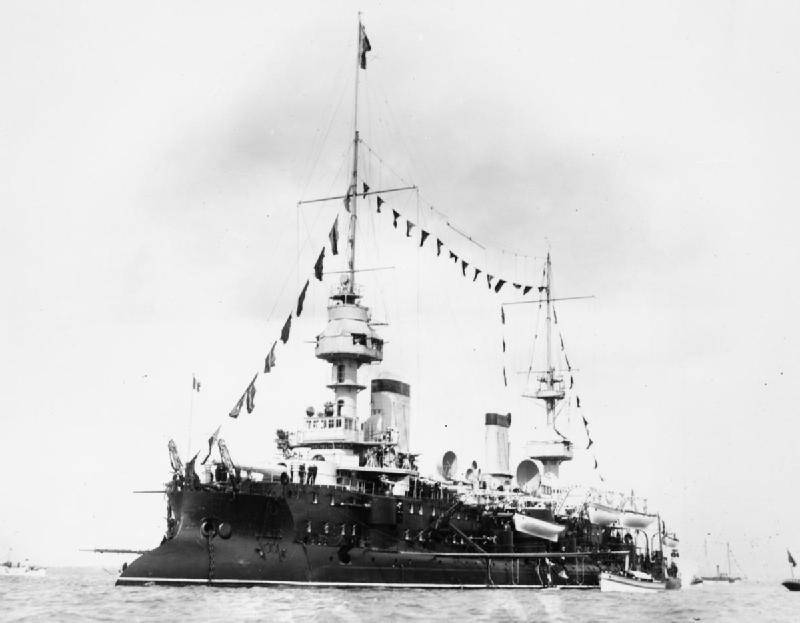 And they have five "Charles Martel" (Charles Martel-class ironclad) and three "Charlemagne" (Classe Charlemagne). Worse than others. But serial production also takes place.

And the main thing is continuity. When the subsequent type is an improved previous one.

All this combined gave similar speeds and maneuverability characteristics. Facilitated training of personnel and repair and maintenance of ships.

Yes, and in battle, ships of different types are extremely difficult to maneuver. Especially as part of one unit.

Actually, we have proved it. One armored detachment 2 TOE, the Vladivostok detachment and that's it, maneuvered tolerably in the battles of the Russo-Japanese War. That is, where there are ships with similar characteristics, like the Japanese, for example.

And how did it go with us? 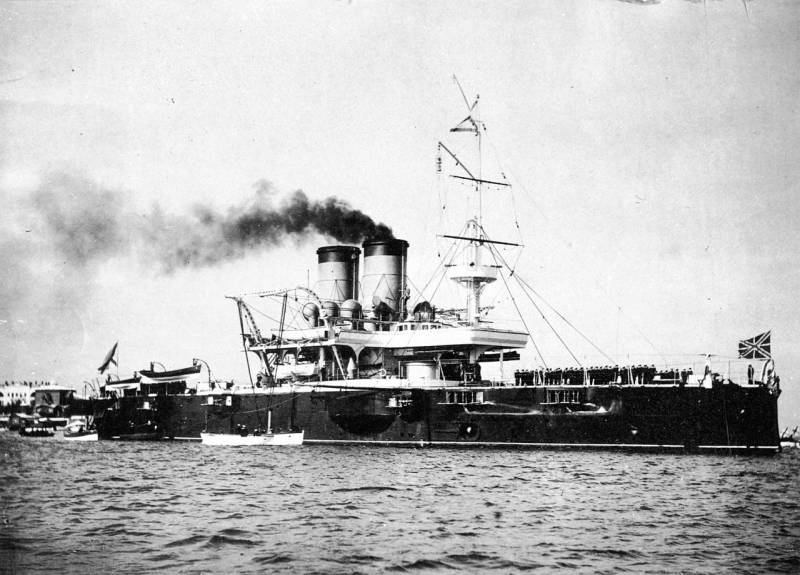 It was easier on the Black Sea.

There they issued a series of four "Catherines".

But then they decided to build something that would be cheaper. And a scrap of the ship came out - "The Twelve Apostles".

Further - the triumph of creativity. When next to the quite decent "Three Saints" there is a misunderstanding of "Rostislav". After them - "Potemkin". Successful. But single.

There are 5 types in total on the Black Sea. Almost like the British. Except for the battleships of the second class (and I did not count the limes), then there are three types. But on solid six ships.

In the Baltic, they went their own way, which did not intersect with the chosen Black Sea people at all.

Such an impression - the states were different. And the Balts began, diligently copying the British (and this is just good, learning is not a sin), with rams. 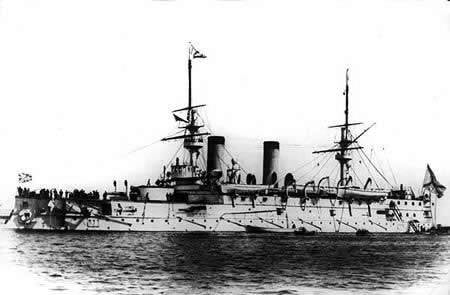 Two rams - "Emperor Alexander II" and "Emperor Nicholas I" seem to have set the right path. But going in the right direction is not our method.

As a result, they decided to reduce the price of rams, as in the Black Sea "Ekaterina".

"One mast, one pipe, one cannon - one misunderstanding."
In the sense of EBR "Gangut".

Well, okay. We experimented. Everyone had this.

The next "Navarin" is one unit. Then "Sisoy the Great" - again alone. Three types of the first four ships of the line are no joke. Further "Poltava" - three units. It seems to have improved. But again, no - now it was not between the types, but between the schools.

Then something strange was desired. And on the way out there are six strange ships. Three battleships of coastal defense that were needed, I don't know who. Not enough for the defense of the Gulf of Finland. For the rest of the tasks ...

Which ones? Defense of the port of Alexander III? So there are coastal batteries ...

Well, the "Peresveta", the ships are senseless and merciless. We wanted battleships-cruisers, got battleships of the second class, in size and price - about first-class.

Then, so that the admirals did not get bored, they bought two ships of different types from different schools - "Retvizan" and "Tsarevich". In addition, with different boilers, respectively, and accelerating characteristics, and a firebrand for ship repairers and mechanics. And, finally, the Borodino type - five plus two improved units. 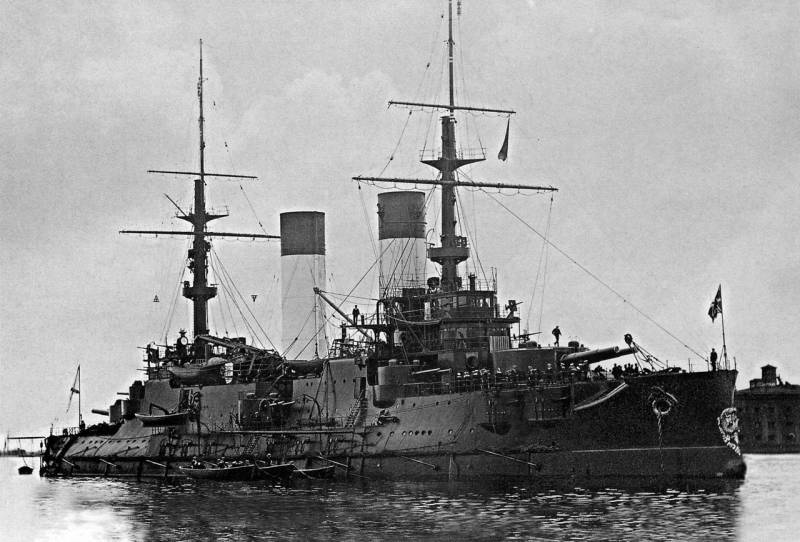 Also not without nuances, but still.

Total for 1904: the First Squadron - 4 types of ships. The most numerous is three units.

How to divide this even into two groups? I don’t know.

Is that conditional: fast and slow. But difficult maneuvers are best avoided. By the way, only Makarov tried them. It turned out - collision and knocking together.

On the Second Squadron, six types were assembled, and the detachments could be put together only from four Borodintsy and three Ushakovs. And why didn't Zinovy ​​teach them how to maneuver?

Strange somehow, right? How not to share, all the same a bunch will eventually come out.

But it could have been different.

There could well be three rams, two Navarins, six Poltavs (three plus three improved with Harvey armor). And it was necessary to buy either two "Tsesarevich", or two "Retvizans" (preferably three, and a Tsesarevich but ...).

As a result, in 1904 they would have had 8 battleships of two types in the Pacific Ocean. Or 9. Also of two types.

And would there be a war? An interesting question.

And for the defense of the Baltic, a troika of rams and a pair of Navarins are in every way more useful than three BBOs.

But история has no subjunctive mood. And to the wild problems of logistics they added the same problems with combat maneuvering (as the second and third armored detachments Zinovy ​​taught to move a little better than in a bunch - I can't imagine).

It's a long history.

And it's sad to look at the throwing between the types of frigates and corvettes these days, when the series is ripped off for the sake of wishes.

Everything is as it was then.

The past does not teach.