And in the open field "Field-21M" is raging

February 8 2021
50
Yes, we can say that so much. Many media outlets have paid attention to this new complex, but we should also add our ruble, since we have something to say. 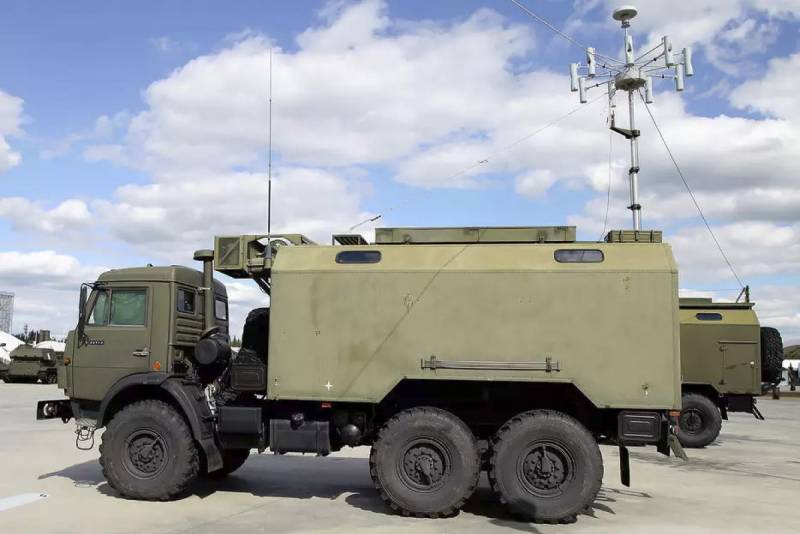 So, "Pole-21M", already a somewhat more modernized and sophisticated system than in the year of its debut (2016), is being tested and tried out in all military districts of the country. Last year, Pole received units located in the Far East; the complex is in service with the troops of the Central Military District located in the Urals and in the Samara region. Plus, the "field" has at its disposal the 201st military base in Tajikistan.

The reports are more than cheerful: they were found, successfully suppressed, knocked off the route, and so on. It's fine.

The station operates not by the UAVs themselves, but by communication channels with satellites, thanks to which the drones are oriented in space.

In general, despite this name, "Field" is absolutely not intended for field use. No, of course, the complex can also cover military facilities, but first of all its task is to protect important strategic objects from drones and cruise missiles by suppressing the equipment for binding to global satellite and radio navigation systems.

Yes, the main task of the Pole-21M is to disrupt the reception of signals by cruise missiles and UAVs from satellites of various navigation systems. The US satellites of the GPS system, the Chinese "Beidou" and the European Galileo can also be hit. 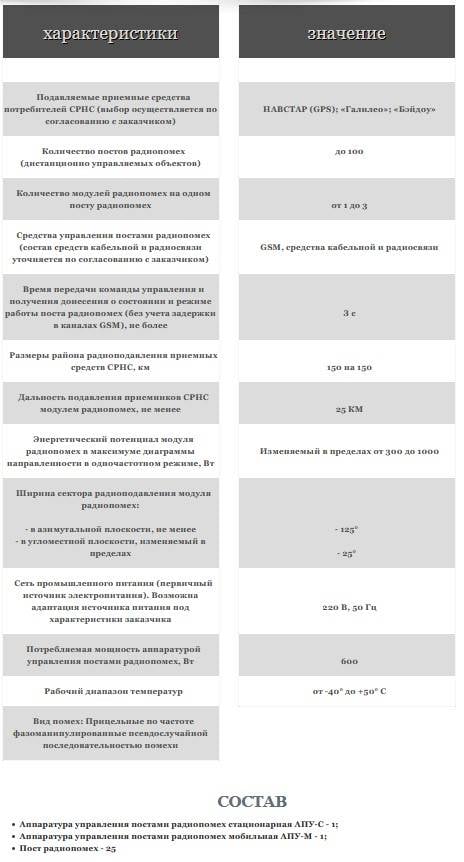 The complex consists of a stationary and mobile station control complex and directly the radio jamming posts themselves. Jamming posts are fully automated and controlled remotely. Each post can include up to three suppression modules.

And here a very interesting innovation begins. Posts can be placed anywhere, as long as two conditions are met: the presence of power supply and elevation above the earth's surface.

A very good method is on cell towers. 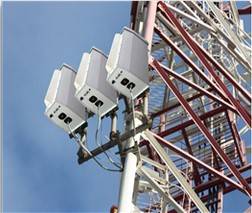 It is clear that if these emitters start to interfere, and GLONASS will feel in complete prostration. On the other hand, the presence of Russian cruise missiles or drones in the area near the strategic facility is highly doubtful.

And in general, having removed their head, they do not cry for their hair. If it is necessary to defend the same "Omsktransmash", the Nizhniy Tagil "Uralvagonzavod" and something from this topic, then it is probably easier not to launch anything in the area where the enemy's vehicles can arrive.

The jamming range of receivers of satellite radio navigation systems is 25 km, the size of the jamming area is 150 km by 150 km.

In general, it is more than enough to cover any strategic facility, be it a nuclear power plant, a large plant, a railway junction, and so on.

An impenetrable (according to the Ministry of Defense) dome that can reliably cover any object from an air attack is very serious. Especially when for this it is not necessary to involve the calculations of mobile complexes and control centers on permanent duty.

One crew of 2-3 people and 25 remotely controlled posts significantly save manpower. 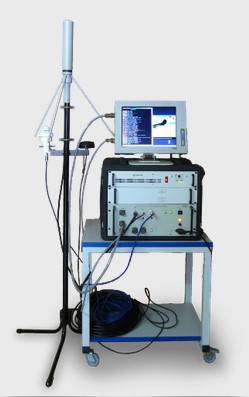 Management of the "Pole-21M" complex

Now let's look at the other side. From the point of view of the enemy.

If you take an object, the destruction of which can cause significant damage, and remove the possibility of destruction from the air, you get an interesting picture.

As an example, I took the Novovoronezh NPP complex (there are two of them now), the disabling of which will hit the whole region very hard on the one hand, and on the other, because I have a great idea of ​​the area in which the power units are located and how they are protected.

In the event that the dome of the "Field" reliably covers from missiles, disabling the nuclear power plant in general becomes a problem. An attack by conventional bombers is doubtful, since there is a whole anti-aircraft missile regiment that covers the area, plus there is something to work on at close range. Difficult option. Plus more aviation shelves are located in the border areas.

Plus, you have to fly from the border. And we have "two palms on the map" result in a very decent distance.

Many will now say that the dashing guys from the DRG have not been canceled. Yes, it seems that the border with Ukraine is 150 km in a straight line, but firstly, this is not the Bryansk region with its forests, and secondly, to pick the nuclear power plant with dynamite ... 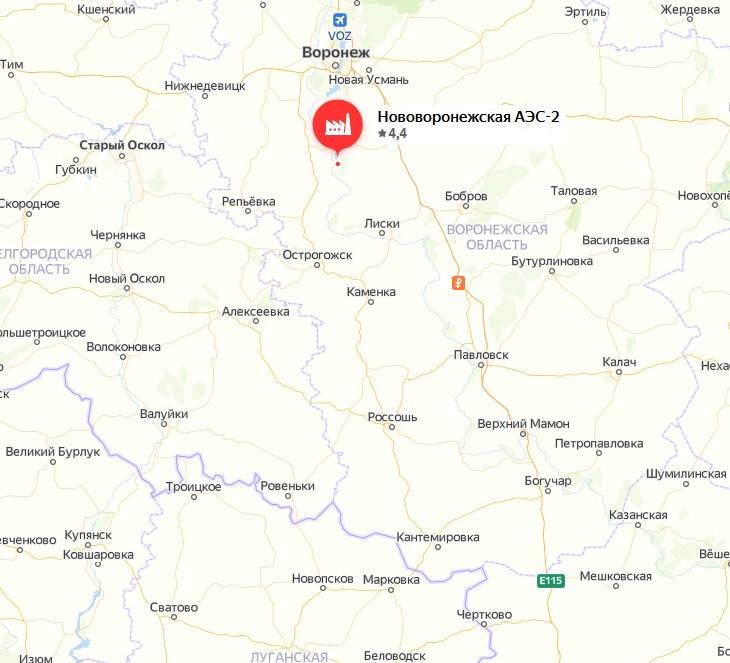 The nuclear land mine that the special forces will carry through the fields is somehow more a plot for a not very scientific and very fantastic film. And the weight is over 300 kg ... On the one hand, the border is not exactly locked, but somehow it all does not look very serious. I would like to wish you luck from the bottom of my heart, because I really would feel sorry for the specialist who would be strained by such a difficult task. This is 150 km in a straight line, and we cannot always move in a straight line even on tank... However, this is already known.

It's a good idea to just blow up the towers where the equipment is mounted. And then send Axes. Not bad, yes, dropping the cell tower - you don't need a lot of roofing stuff. However, there is a problem here. There are a lot of towers.

Yes, this is the case when quantity determines some quality. They set up towers here ... They do it, in short. Each operator himself, there are, of course, cases of cooperation, but basically the operators provide themselves with a network of repeaters themselves.

Maps, of course, exist, but even to estimate the number of towers and masts within a radius of 25 km from a nuclear power plant will not be easy. And it is only visually to determine which "Fields" emitters are on.

In general, that is still a task.

In addition, as soon as the first tower "falls", it becomes clear that something went wrong. It will be calculated instantly, and then the DRG will not so much blow up the towers as take part in an exciting show called "roundup". With a very vague prospect, since it is very difficult with partisan forests in our area.

So the situation is funny, but quite interesting. If the modules at the posts (up to three in one) will regularly jam, disconnecting cruise missiles from satellite tracking, then it will be very difficult to withdraw objects on Russian territory. And given that the power consumption of the modules is very low, from 300 to 1000 W, they can work for a very, very long time without straining the power grid.

Remote control with due reliability is generally a song.

Considering that the complex can be used in conjunction with other complexes, for example, "Zhitel" and "Silok", which only expands the possibilities of using the system.

Many experts say that modern mobile electronic warfare systems are used only when it is necessary to repel an attack of objects previously detected in the airspace. With regard to the "Field", the equipment of which is connected to a stationary power supply, here we are not talking about point and target application. You can put the dome of the barrier for as long as the resource of the equipment will allow.

In general, despite the fact that electronic warfare is not uniquely 100% a means of combating UAVs and cruise missiles, the use of such protective domes over strategically important objects can, if not protect, then at least minimize the possibility of striking such objects.

In this perspective, the Pole-21M is a very promising, and most importantly, a difficult-to-disable protection system.

Hence, we can conclude that, in accordance with the prevailing opinion, Russia has a very impressive scientific groundwork and a high level of development in the field of electronic warfare. And it's great that there is confirmation of this.