China decided to experiment with Type 99A tanks 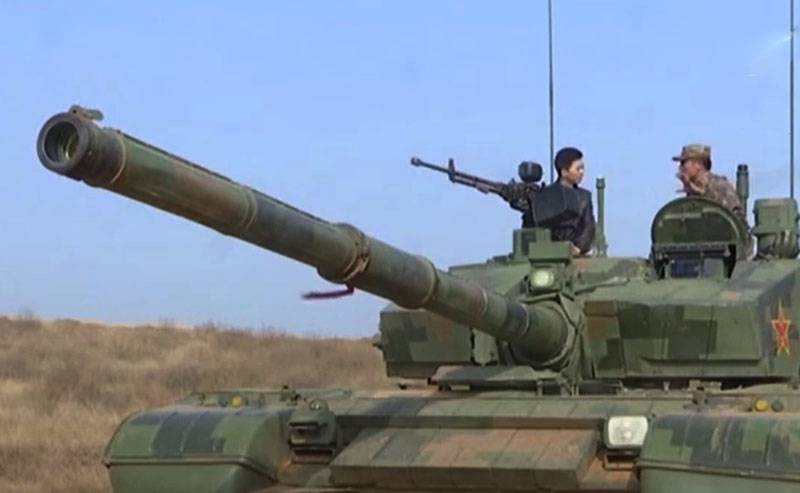 The Chinese military command decided to conduct an experiment with tanks Type 99A. These are 56-ton MBT, the number of which in the PLA is about 300 units.


The experiment is related to the placement of Type 99A tanks in the high mountainous region of Karakorum. This is a mountain system, the height of which in some areas exceeds 8,5 km (Chogori peak is 8614 m high). The mountain range is located on the territory of three states - China, Pakistan and India. Moreover, part of this area is a disputed territory. It was there that the Chinese military decided to send their MBTs.

Chinese media note that Type 99A tanks and Type 04A infantry fighting vehicles were placed in the border base camp located at an altitude of more than 5 thousand meters above sea level.

It is noteworthy that this information passes almost simultaneously with the news about equipping the tank brigade of the Xinjiang Uygur Autonomous Region of China with Type 15 mountain tanks. But if the Type 15 was originally created by Chinese tank builders as combat vehicles capable of operating in mountainous terrain, then the Type 99A there are many questions.

Just a few months ago, China announced that the Type 99A and Type 96 tanks decided not to move closer to Ladakh, as they are not adapted for operation at high altitudes above sea level. And now - a new message, already about an experiment with the same Type 99A.

It can be assumed that China has studied reports of the emergence of a kind of advantage in the Indian Armed Forces over the PLA in Ladakh due to the fact that Indian troops have transferred their T-72 and T-90 to the highland region. It was noted that the Chinese, weaker armed, Type 15s against these tanks have little chance. It is possible that several MBTs were sent to the mountainous border region of Karakorum, which have recently undergone some modernization for the possibility of being used in the highlands. However, the PLA has not yet published any specifics on this matter.
Ctrl Enter
Noticed oshЫbku Highlight text and press. Ctrl + Enter
We are
Interview of Vladimir Putin with Radio Europe-1 and TF1December 2010 years. Russian March. Senseless and merciless? Notes not a Russian person
Military Reviewin Yandex News
Military Reviewin Google News
30 comments
Information
Dear reader, to leave comments on the publication, you must sign in.