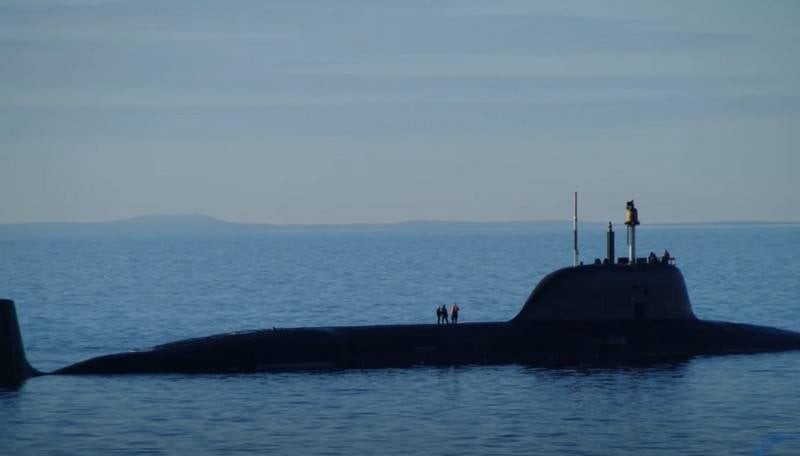 The lead multipurpose nuclear submarine "Kazan" of project 885M (Yasen-M) will be handed over to the customer at the end of February.


About this in an interview Interfax said the head of the USC Alexei Rakhmanov.

Answering a question from a journalist, Rakhmanov explained that the submarine is currently at the stage of finishing and revising the mechanisms after passing tests that have been protracted for a long time. The transfer of the submarine to the Russian Navy is scheduled for the end of February 2021.

The nuclear submarine "Kazan" is at the stage of finishing and revision of mechanisms. Judge for yourself: the boat was tested for 2,5 navigation, and we are already approaching the first service interval, when the mechanical part is usually repaired. Today we do not see any questions that would require any more lengthy tests. Getting ready to finish our part by the end of February
- said Rakhmanov.

Earlier, a number of sources in the Ministry of Defense and in the military-industrial complex reported that the Kazan submarine passed all the necessary tests and will be transferred the fleet 2021 in the first quarter of the year.

Initially, the submarine was supposed to join the Navy by the end of 2019, but many problems and shortcomings were revealed during the tests, after which the Kazan was sent to Sevmash for revision. After eliminating the shortcomings, the submarine continued to undergo protracted tests, which ended only at the end of December 2020.

The Kazan nuclear submarine, the first multipurpose nuclear submarine of the improved project 885M (Yasen-M), was launched on March 31, 2017. Compared with the project "885" Ash ", the new submarine received many improvements and new systems that were not used on submarines earlier. The submarines of the" Yasen-M "project have a displacement of 13800 tons, the immersion depth is 520 meters, the crew is 64 people, the autonomy is 100 days, submerged speed - 31 knots In service are mines, torpedoes 533 mm, cruise missiles "Caliber" and "Onyx", possibly - "hypersonic" Zircon ".
Ctrl Enter
Noticed oshЫbku Highlight text and press. Ctrl + Enter
We are
Reports from the militia of New Russia for 27-28 September 2014 of the yearThe big press conference of Vladimir Putin
Military Reviewin Yandex News
Military Reviewin Google News
24 comments
Information
Dear reader, to leave comments on the publication, you must sign in.