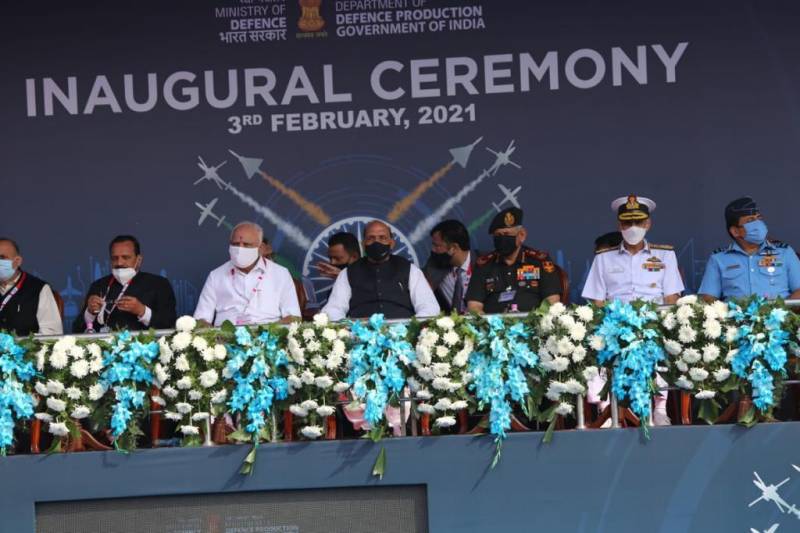 On February 3, the 13th aerospace exhibition Aero India 2021 opened in Bangalore, India. This year, more than 600 enterprises and organizations from almost 80 countries are participating in it. Together, they presented several thousand modern developments in the field aviation and ground equipment, units, etc. Russian industry presented a large exposition this year.

This year, Russian developments are demonstrated as part of a single exposition organized by Rosoboronexport. This exposition included the stands of all major manufacturers of weapons and military equipment and dual-use equipment. The United Aircraft Corporation, Russian Helicopters, Almaz-Antey, Shvabe and others showed their developments.

200 modern projects are presented in the form of real samples, models and other materials. Some of the products have already been demonstrated at Asian exhibitions, while other developments are shown for the first time. Presentations of some new developments were held, which are expected to attract the attention of potential customers from this region. 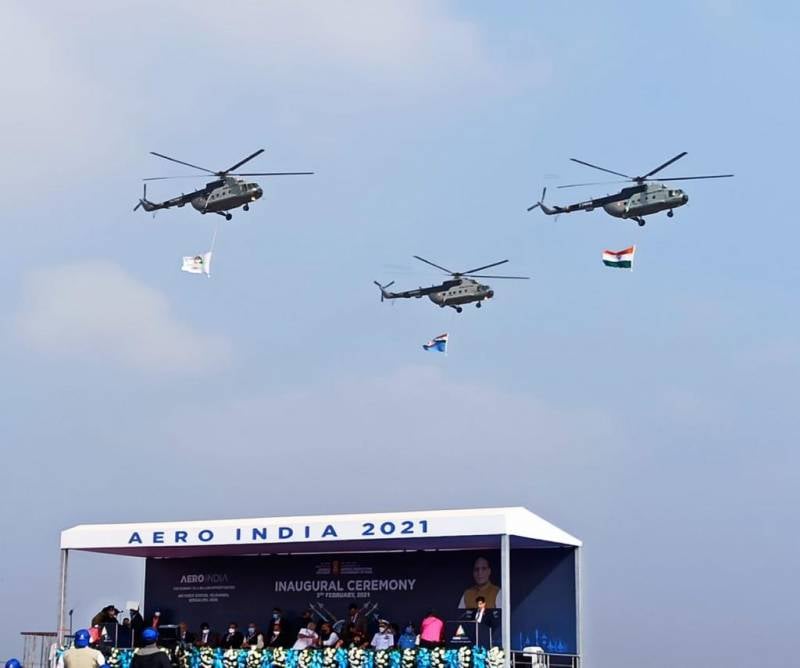 Russian enterprises have shown a number of models of modern aviation technology. Combat aviation is represented by the export version of the 5th generation Su-57E fighter and the Su-35S and MiG-35D aircraft. Also, potential customers were able to get acquainted with the Ka-52 and Mi-28NE attack helicopters, as well as with the Mi-17/171 transport and combat modifications. An interesting novelty is the Orion-E reconnaissance and strike UAV. The exposition includes a variety of modern types of aviation weapons.

UAC and Russian Helicopters also presented a number of auxiliary samples. This is an export version of the Il-76MD-90A military transport aircraft and its tanker modification, the Ka-31 radar patrol helicopter, the Ka-226T light transport aircraft, etc. 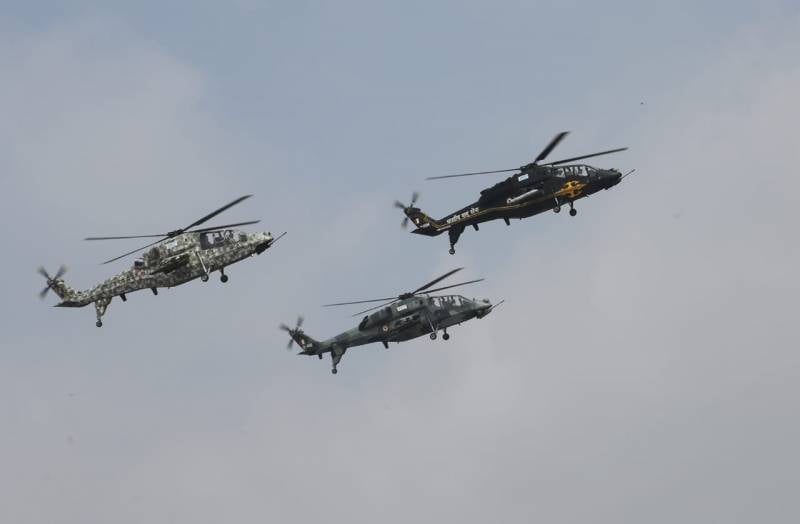 The exposition includes modern air defense equipment. So, for the first time at a foreign exhibition they showed the P-18-2 "Prima" radar. In the form of mock-ups, the already familiar to foreign customers ZRPK "Pantsir-S1", MANPADS "Igla-S" and other products were also shown. The exposition also includes new systems for combating unmanned aircraft.

Despite the aviation focus of the exhibition, the topic of armored vehicles is to some extent covered. Rosoboronexport showed the K-63968 and K-53949 armored cars of the Typhoon family, as well as the Linza ambulance. For the first time abroad, a unified wheeled platform "Boomerang" and equipment based on it are being demonstrated. 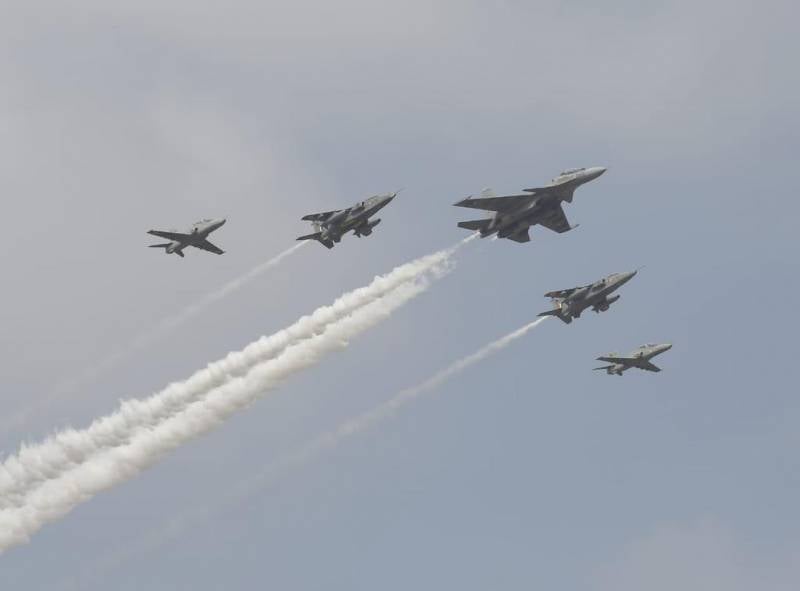 Rosoboronexport notes that there is an increased interest in a number of Russian developments of different classes. Modern combat and military transport helicopters, as well as air defense systems of all main classes, are steadily attracting attention. In connection with the well-known trends, customers are interested in the subject of electronic warfare.

During the current exhibition, potential customers represented by foreign armies were able to get acquainted with modern Russian developments, which in the future may lead to the start of negotiations on real contracts. However, the agreements themselves will be signed only in the distant future.

Against the background of preparations for the exhibition and during the event itself, several interesting News on international cooperation in the field of aviation technology. The announced events and measures should lead to the continuation of mutually beneficial cooperation between Russia and the Indian side. 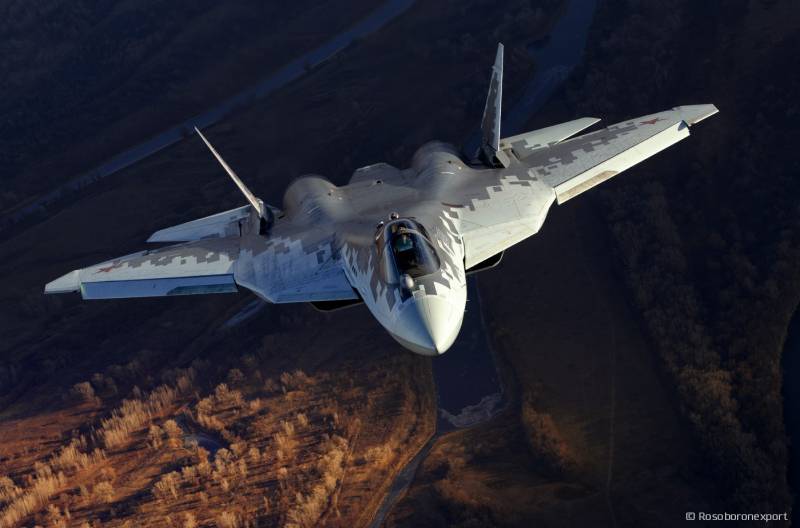 Potential customers are presented with materials on the Su-57E project
On the eve of the opening of Aero India 2021, Rostec spoke about the imminent opening of a helicopter engine repair facility in India. The necessary equipment has already been supplied, and commissioning is underway. The first engine repairs are planned for this year, and in 2022, a full certification of repair capacities will take place. The enterprise will be involved in servicing numerous Indian Mi-8 and Mi-17 helicopters.

Preparations for signing a new Russian-Indian agreement are expected in the near future. Earlier it was reported that India plans to purchase 21 MiG-29 fighters and 12 kits for the assembly of the Su-30MKI. The other day the Russian side handed over to her a purchase proposal. Now the decision of the Indian Air Force command and the necessary procedures are expected, as a result of which a new contract will appear.

The Indian side was also offered the modernization of the Su-30MKI fighters. Currently, experts from the two countries are discussing such a project and determine its main features. Russian industry is ready to carry out such work, and now everything depends on the decisions of the Indian Air Force. 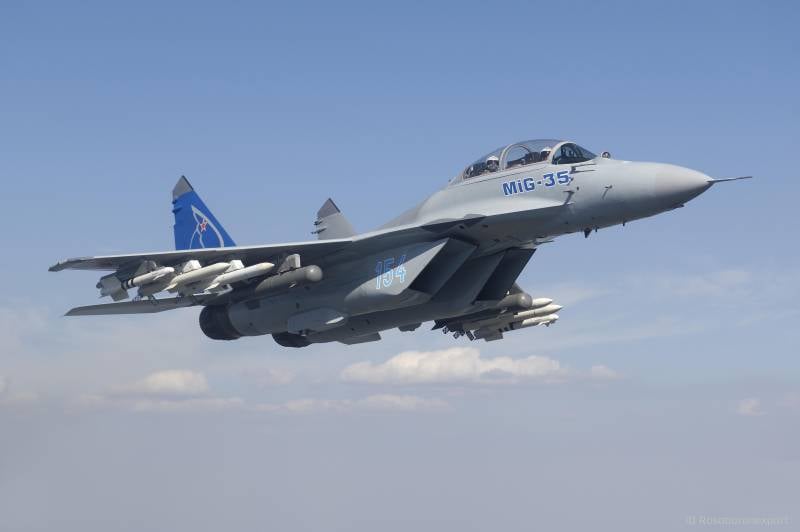 MiG-35 - subject of pending contracts
In the future, the list of joint projects may expand. Hindustan Aeronautics Limited Corporation is interested in the Russian Il-112V aircraft and is even ready to build it for its army. If the Indian Air Force expresses a desire to receive such equipment, it is possible to organize joint work.

Cooperation with India continues, not only in the field of aviation, but also in the means of fighting it. It is reported that in January, Indian servicemen arrived in Russia to operate the S-400 air defense system. The first regimental set of this system and trained crews will go to India before the end of the year. The current contract provides for the supply of five regiments.

The ongoing pandemic imposes restrictions on activities and complicates international cooperation. Exhibitions have to be canceled, postponed or seriously curtailed, and the negotiation process is delayed due to the impossibility of quickly carrying out all the necessary consultations. 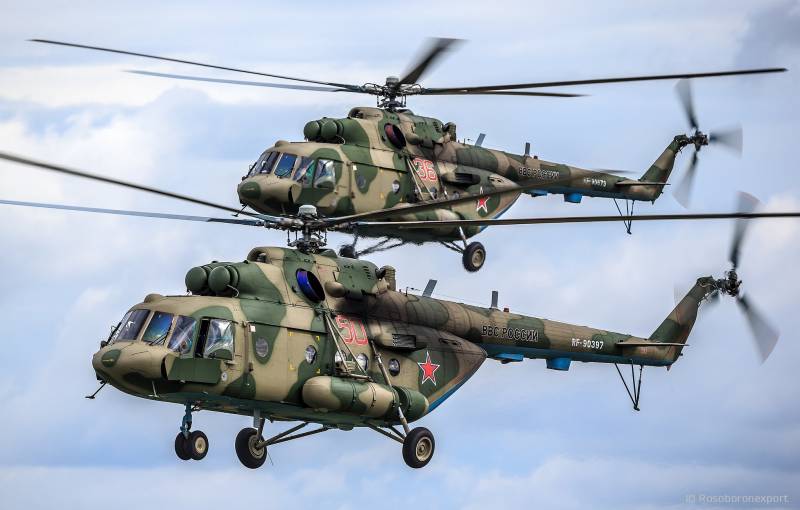 The Mi-17V-5 helicopter is in demand on the international market; new orders are possible
In such conditions, India was able to hold the next aerospace show and attract a large number of aircraft manufacturers, as well as customer organizations, both from India and from other countries. This contributes to the preservation of existing ties, their development and the emergence of new ones. Thus, even in the face of serious restrictions, defense and aircraft manufacturers retain the opportunity to show their developments and get lucrative contracts.

At the Aero India 2021 exhibition, it was planned to sign several contracts between different countries. The financial and other results of this event will be summed up a little later, and then consultations and negotiations on new agreements will begin, which can be considered as the long-term consequences of the exhibition.

It is already known that following the results of Aero India 2021 and the processes against the background of this exhibition, Russian enterprises will be able to receive a number of lucrative orders from India. In addition, new agreements with other countries are possible. Despite all the limitations and problems, the market continues to work and promises new orders to our enterprises - and for this it requires regularly showing new developments to potential customers.