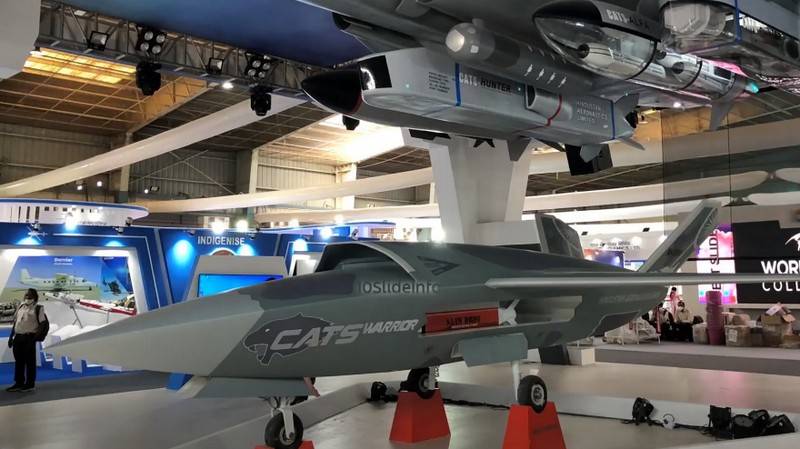 The drone under development is relatively small, the declared maximum take-off weight is 1300 kg, the speed is about 850 km / h, the flight range is 800 km and the flight duration is 80 minutes. The total weight of the armament placed in the two inner compartments and under the wings is 250 kg. The armament includes air-to-air and air-to-ground missiles.


The device is made with stealth elements and resembles the American Kratos XQ-58 Valkyrie UAV, developed for the F-35 and F-22.

It is planned that the first stage of the CATS R&D program will be completed by 2024, after which work will begin on creating a prototype. The start of flight tests of a full-scale prototype is scheduled for approximately 2025-2026.
Ctrl Enter
Noticed oshЫbku Highlight text and press. Ctrl + Enter
We are
Indian fighter Tejas adopted by the Air Force of the countryIndicated price is the Tejas Mark I for the Indian Air Force
Military Reviewin Yandex News
Military Reviewin Google News
15 comments
Information
Dear reader, to leave comments on the publication, you must sign in.