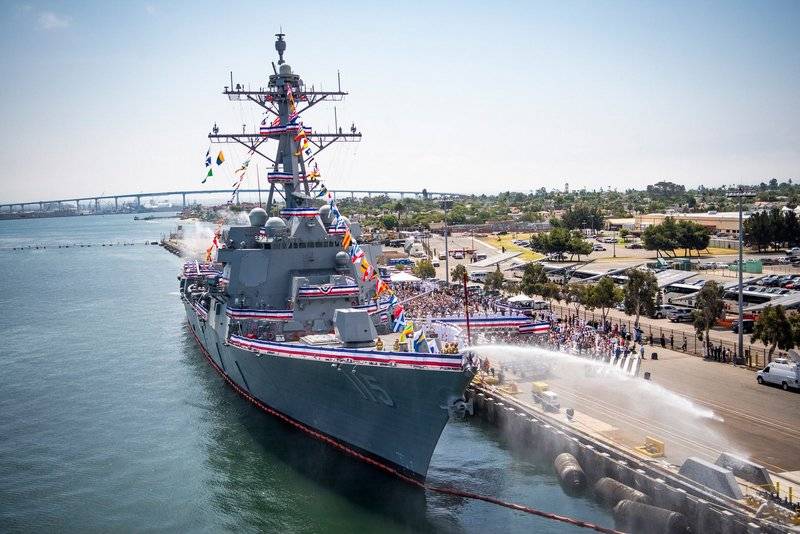 The 7th US Fleet, based in Japan, is building up its strength. As reported by the command, the fleet was replenished with the destroyer Rafael Peralta (USS Rafael Peralta, DDG-115) of the Arleigh Burke class.


The destroyer USS Rafael Peralta DDG-115 on Thursday arrived at the Yokosuka naval base in Japan for permanent deployment. In command fleet stressed that the destroyer is one of the "newest and most advanced" ships of the US Navy.

The presence of the destroyer Rafael Peralta strengthens the national security of the United States, its allies and partners, and improves the ability to protect strategic interests
- said in a statement.

The increase in the number of surface ships in the 7th Fleet in the United States has traditionally been explained by "a commitment to ensuring regional security in the implementation of the rule of law" in the Indian-Pacific region.

Missile destroyer USS Rafael Peralta DDG-115 - 65 Arleigh Burke-class ship in the US Navy. She is the first ship in the Flight IIA series to be built with several improvements.

Ctrl Enter
Noticed oshЫbku Highlight text and press. Ctrl + Enter
We are
US expert community is trying to identify ways out of the Afghan impasseYuri Drozdov: Russia prepared the role of the sacrificial calf
Military Reviewin Yandex News
Military Reviewin Google News
26 comments
Information
Dear reader, to leave comments on the publication, you must sign in.