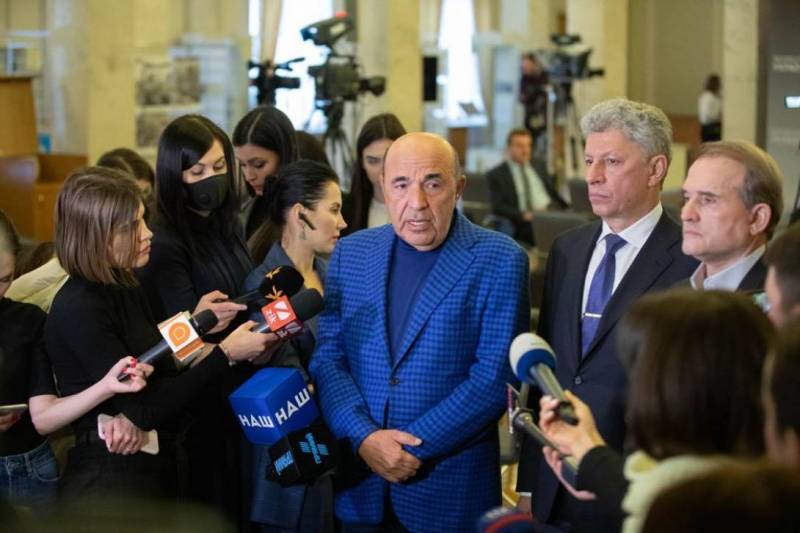 The Ukrainian opposition has initiated impeachment proceedings against President Volodymyr Zelenskyy. The reason for this was the sanctions he imposed on three TV channels, which now broadcast only through YouTube.


This was stated at a meeting of the Verkhovna Rada by one of the leaders of the political movement "Opposition Platform - For Life" (OLLP) Vadim Rabinovich.

Rabinovich called the actions of the president a mockery of voters and the country.

Today you struck at the heart of democracy, freedom of speech, the existence of a democratic independent Ukraine under threat. Remember, you will not shut the mouth of either our party or our million voters.
- the oppositionist turned to Volodymyr Zelenskyy, accusing the country's president of fascism.


According to the Ukrainian portal vesti.ua, the deputy of the PLOI Igor Kiva, representatives of his faction are ready to strike back at Zelensky today and block the tribune of the Verkhovna Rada.

First of all, we will now make a decision and, believe me, if necessary, we will block not only the rostrum, but also at home and the President's Office. The people of Ukraine will block, and we will take part.
Kiva threatened.

Ctrl Enter
Noticed oshЫbku Highlight text and press. Ctrl + Enter
We are
VRU deputies suspect that the Kremlin returned Savchenko to Ukraine to carry out a coupAntonov proposes to begin the development and creation of its own (Ukrainian) fighters and attack aircraft
Military Reviewin Yandex News
Military Reviewin Google News
96 comments
Information
Dear reader, to leave comments on the publication, you must sign in.