Soyuz-2.1b carrier rocket successfully launched a satellite of the Ministry of Defense into orbit 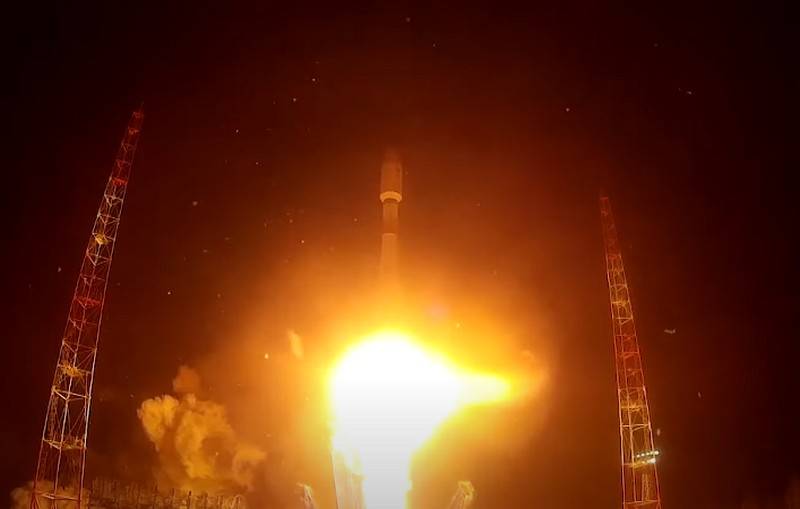 The Ministry of Defense has successfully launched a military satellite into orbit. The spacecraft was adopted for control of ground-based aerospace assets, the press service of the military department reports.

The spacecraft launched in the interests of the Ministry of Defense of Russia from the state test cosmodrome of the Ministry of Defense of the Russian Federation (the Plesetsk cosmodrome) in the Arkhangelsk region was launched at the estimated time into the target orbit and accepted for control of ground assets of the space forces of the Aerospace Forces
- said in a statement.

A stable telemetric connection has been established and maintained with the spacecraft; its onboard systems are functioning normally. The satellite has been assigned the serial number "Cosmos-2549" and is included in the main catalog of space objects of the Russian space control system (SKKP).

The launch of the satellite was commented on by the head of Roscosmos Dmitry Rogozin, who made a corresponding entry on Facebook.

The launch of Soyuz-2.1b with a military satellite from the Plesetsk cosmodrome took place. Everything is regular
- He wrote.

It is noted that this is the first launch of Soyuz-2 from the Plesetsk cosmodrome this year, the previous launch was carried out on December 3, 2020.
Ctrl Enter
Noticed oshЫbku Highlight text and press. Ctrl + Enter
We are
The Glonass-M satellite launched from Plesetsk was taken over by the Russian Aerospace ForcesAnother satellite crashed without reaching the specified orbit
Military Reviewin Yandex News
Military Reviewin Google News
53 comments
Information
Dear reader, to leave comments on the publication, you must sign in.