Foggy Albion armor: the history of tank building in England 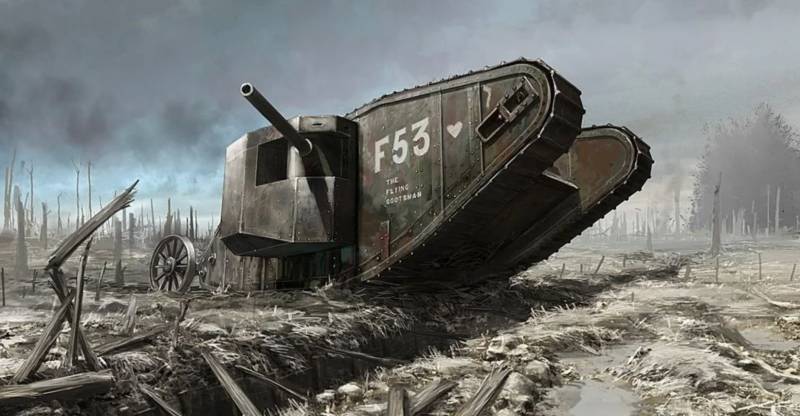 On July 28, 1914, one of the largest-scale armed conflicts began in stories Humanity - World War I. To turn the tide of battles, the participating countries constantly invent new means of destroying the enemy. In these years, flamethrowers, poisonous gases, appeared, the first fighter planes took off. And it was then that Great Britain brought the first Tanks Mark I.


Sir Ernest Swinton is considered one of the creators of the Mark I heavy tank. Thanks to the support of Winston Churchill, the ideas of the engineer were able to be embodied in metal. On September 15, 1916, about 30 British tanks attacked the German positions and were able to break through the defenses. The British gained a tactical advantage, but most importantly, they were convinced of the effectiveness of their invention. By the end of the war, Britain was already producing cars of all classes - heavy Marks, light Whippets, and medium Mk. B and Mk. C.

A quarter of a century later, tanks became the main force of most land armies. The largest European powers constantly improved the designs of their combat vehicles and developed doctrines for their correct use in battle. The British command, in turn, adhered to a clear plan for the release of breakthrough tanks, infantry and cruising equipment.

The Achilles' heel of British vehicles (especially cruising ones) was the low reliability of the engine-transmission group. Improvement work was carried out constantly. A breakthrough for British tank building was the Rolls-Royce Meteor engine, which was installed on the new Cromwell tank. The car accelerated to 60 km / h, and the 75-mm gun seemed to be able to solve most of the tasks. However, by this time, the Germans were already armed with Tigers and Panthers, which were much more effective than British equipment.

Only after the end of the war did Britain acquire a tank that met the requirements of the time - the Centurion. The vehicle had good armor slope angles and a 76mm cannon, which was later replaced by the 105mm L7 rifled cannon. Centurion was in service with the British army until the 70s of the XX century.

After the victory over the Nazi bloc, relations between the countries of the anti-Hitler coalition quickly deteriorated. Perceiving the USSR as a potential enemy, the British developed special heavy tanks Caernarvon and Conqueror. In theory, they could give battle to such a formidable enemy as the IS-3. However, after the production of about 180 machines, work was curtailed.

For more details on the history of British tank building, see the video from the creators of the famous game World of Tanks.