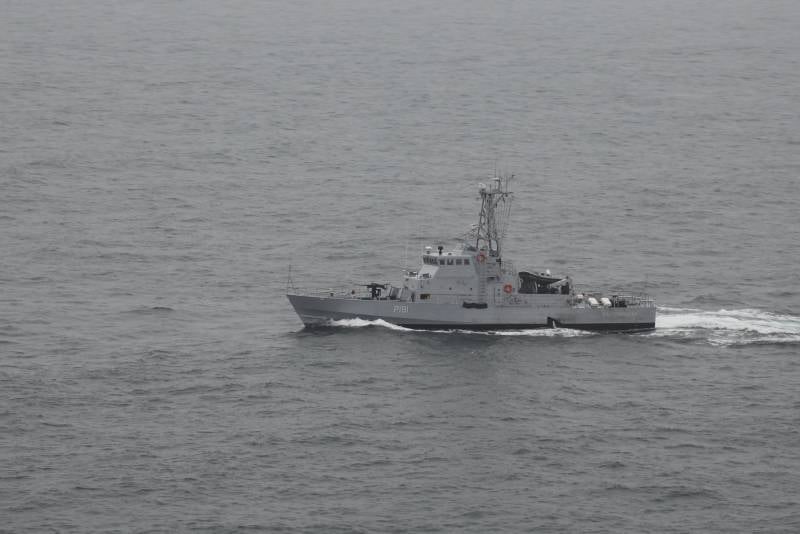 
Reported by the US Department of Defense.

The surface forces of the Ukrainian Navy were represented by one Island-class patrol boat and two small armored artillery boats “Nikopol” and “Kostopol”.

In addition to surface equipment, the Mi-14 helicopter of the Ukrainian Naval Forces of Ukraine was involved in the exercises, which covered the ships from the air.

What exactly was practiced during the maneuvers is not reported.

For the destroyer "Porter", which is based in the Spanish port of Rota, this is already the ninth patrol in the area of ​​responsibility of the Sixth fleet USA. A few days earlier, he, along with another destroyer USS Donald Cook, participated in another joint operation in the Black Sea, to which reconnaissance and naval forces were also connected. aviation.

This is the first PASSEX trainings with US ships this year. We are delighted to work with our American partners to maintain stability in the Black Sea. PASSEX training is an excellent opportunity to improve skills, maritime training and exchange of experience between the crews of our ships. The constant participation of the Ukrainian fleet in this type of training contributes to increased mutual compatibility and the adoption of NATO standards.