"The enemy overhears": about warnings and instructions on the body of the radio station R-105D 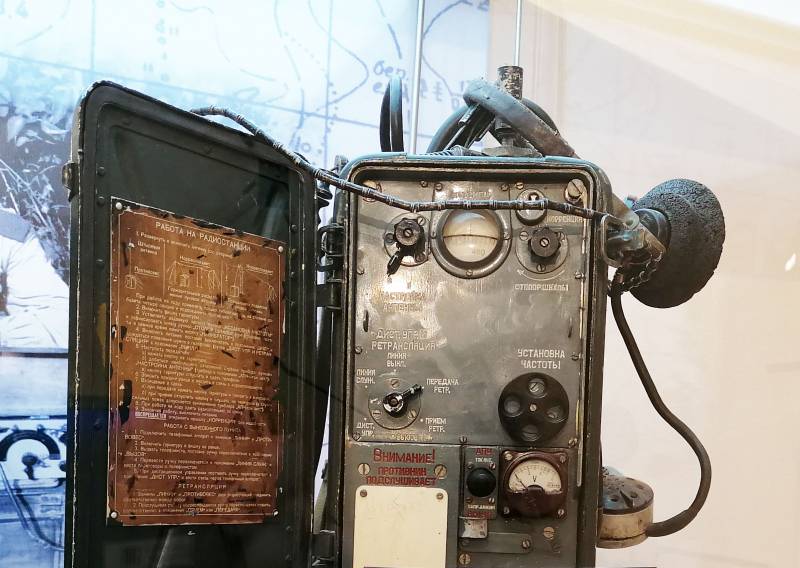 "Voennoye Obozreniye" opens the section "Museum Exhibit". It is planned to present small stories about weapons, military equipment, dual-use equipment, which today, if used somewhere, then, perhaps, in the form of elements of museum expositions. At the same time, the heading is planned to talk about any specific features of the "exhibit".


Today's issue of the "VO" section devotes information on the body of the famous "stack" (R-105D) - a radio station that was used in Soviet times - since 1952.

"Attention! The enemy is eavesdropping. " This inscription, executed in red on the rear panel of the army radio station R-105 (R-105D) of the company radio network, warned the Soviet soldier that data transmission over the radio channel could be unsafe. 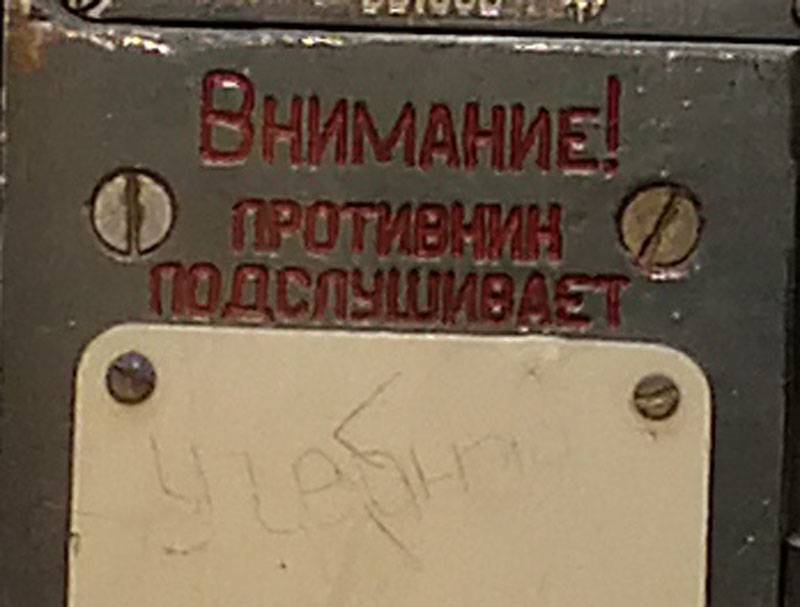 On the inside of the back cover of the "stack" on a metal plate was a very detailed instruction, which was referred to as "Operation of the radio station".

More details about this instruction. What exactly did the serviceman learn from the text and graphics, which they decided to present directly on the case cover?

To begin with, it was a scheme for deploying and turning on the antenna, including those with a horizontal arrangement and an increased suspension of the beam antenna.

The composition of the complex itself is a receiver (aka transmitter), a whip antenna ASh-1,5, a beam antenna, a headset (microphone-telephone), a battery, and carrying straps R-105D.

The use of the R-105D on the move and in a stationary position was noted. In the first case, the directive stated the use of only a flexible cord, in the parking lot - the need to add four sections with the connection of a counterweight.

The provided communication range is 3-5 km with a transmitter output power of 1 W.

To get started, it was necessary to turn on the headset chip and set the required frequency. 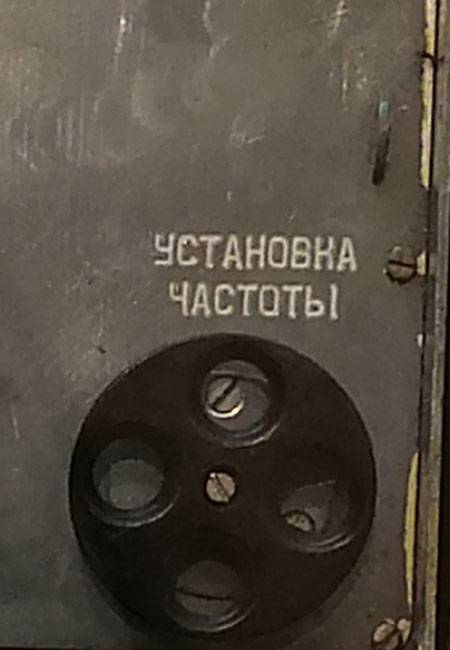 The scale was fixed with a special handle "Scale Stopper". The use of a calibrator was prescribed to set the frequency at night. 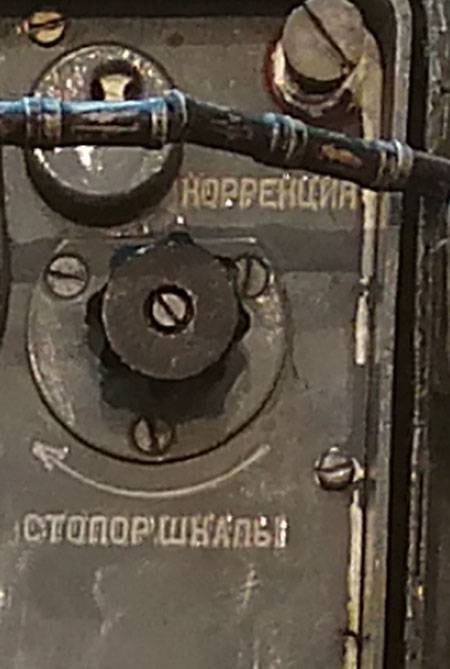 After that, the power was turned on. The serviceman had to wait for the appearance of noise in the headset. In this case, the "Remote control and relay" toggle switch had to be in the OFF mode.

The next step of the work was the step of setting up the transmitter. To do this, it was necessary to press a button on the headset, and then achieve the maximum deviation of the arrow of the device using the "Antenna settings" toggle switch. Then the button on the headset had to be released and “put on the phones”.

Only after that did the serviceman have to get in touch. At the same time, it was called "contacting a correspondent." When transmitting data, it was necessary to act, as they would say now, in the format of a walkie-talkie, namely, holding the button and speaking into the microphone. The button was released while waiting for a response. To reduce the level of interference, the instruction prescribed to turn off the "AFC-current ant" toggle switch.

The soldier was additionally informed that the R-105D radio station should be behind his back when moving. Technology has since stepped up ... 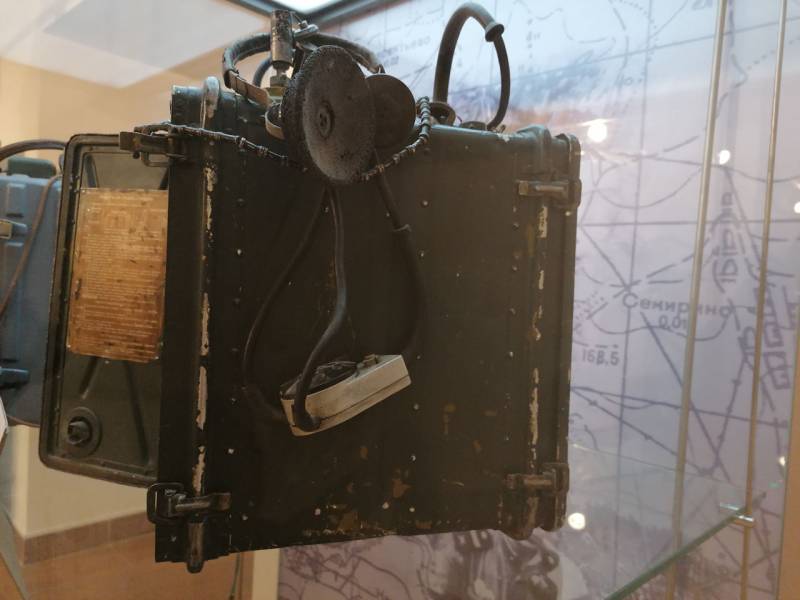 Also in the instruction there were five provisions on the work from the taken out point. The first is to connect the telephone to the “Line” and “Counterweight” clamps. The second position is the inclusion of the headset in the corresponding chip on the knapsack of the radio station. The third is to call the operator using the switch to the position of the same name - "Call". Fourth - for negotiations with the telephone operator, the toggle switch is switched to the "Service Line" mode. Fifth - using the position "Dist. Control. " with remote control.

For retransmission, it was prescribed to connect the "Line" and "Counterbalance" clamps to each other.

It should be added that the working set of the radio station weighed 21 kg, but the complete set with a stowage box reached 46 kg.

Ctrl Enter
Noticed oshЫbku Highlight text and press. Ctrl + Enter
We are
A great interview with Sergey Lavrov: about Ukraine, Obama and IranWhat you didn't want to know about England
Military Reviewin Yandex News
Military Reviewin Google News
161 comment
Information
Dear reader, to leave comments on the publication, you must sign in.