"Not in our favor": Americans compared the Mi-28NM with the "Apache" 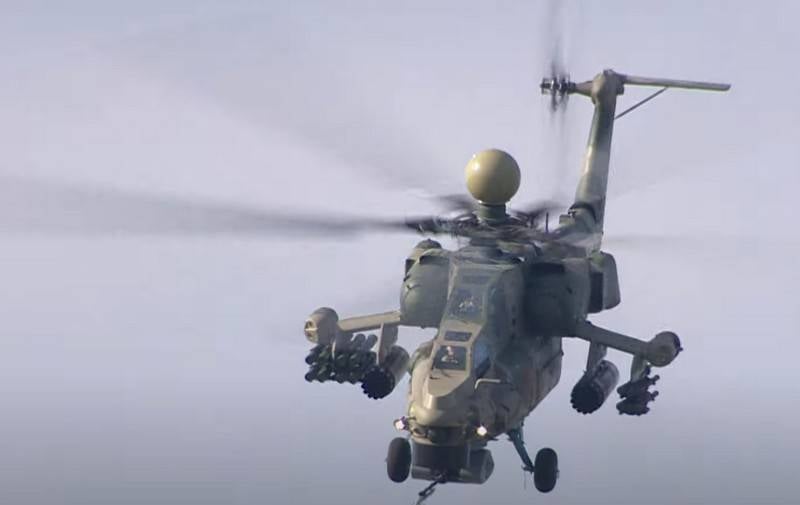 Russia is equipping its latest Mi-28NM Night Hunter attack helicopter with guided air-to-air missiles designed to destroy fighters, including the fifth generation. Writes about this NI.

The newest Russian attack helicopter, the Mi-28NM, will be transformed into a fighter capable of handling enemy aircraft, drones and cruise missiles. The R-74M missile was originally developed taking into account the possibility of hitting the fifth generation fighters F-35 and F-22
- the edition writes with reference to the publications of the Russian press.

According to the American edition, the Russian Mi-28NM will hide behind the terrain and hunt the American Apaches. In turn, the AH-64 Apache does not have air-to-air missiles and is inferior to the Russian helicopter in this component.

At the same time, the publication emphasizes that the idea of ​​installing guided missiles to engage targets in the air is far from new; earlier OH-58D Kiowa reconnaissance helicopters were armed with Stinger missiles. The option of arming them with AH-64 Apache attack helicopters was considered, but later this was abandoned.

(...) attack helicopters are not designed for air combat, they should dominate the battlefield, but if necessary, Apaches can be armed with air-to-air missiles. But while the score is not in our favor
- summarizes the publication.
Ctrl Enter
Noticed oshЫbku Highlight text and press. Ctrl + Enter
We are
In the USA, the Ka-52 helicopter was compared with the American ApacheAzerbaijan launched mass production of AK-74M "Khazri"
Military Reviewin Yandex News
Military Reviewin Google News
142 comments
Information
Dear reader, to leave comments on the publication, you must sign in.