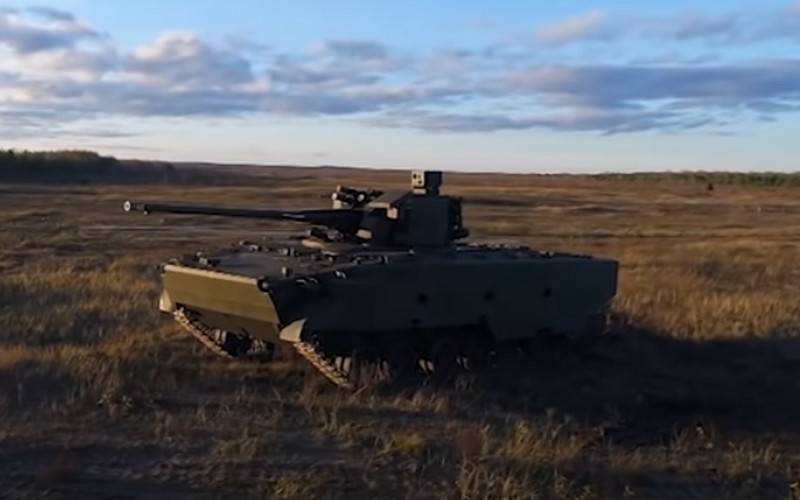 
According to the report, along with the already adopted 57-mm ammunition, shots with multifunctional, armor-piercing sub-caliber and guided projectiles have been developed for the complex.

The 1K150 Derivation-Air Defense anti-aircraft artillery complex (ZAK), along with the previously adopted ammunition, will receive new rounds with multifunctional, armor-piercing sub-caliber and guided projectiles. Tests of the indicated shots are underway today.
- TASS cites an excerpt from the message.

The Derivation-Air Defense anti-aircraft artillery complex was created on the BMP-3 chassis and is equipped with a module with a 57-mm automatic cannon. In 2020, the complex entered the state testing stage. The deliveries to the troops are scheduled from 2022.

The complex is designed to combat aviation and cruise missiles, aircraft, helicopters, unmanned aerial vehicles, as well as with single MLRS shells, it is also possible to use it against ground and surface lightly armored targets. The complex includes a combat vehicle with a high ballistic cannon, a maintenance vehicle and a 9T260 transport and loading vehicle, which can quickly reload a combat vehicle right on the battlefield.

According to open data, the range of destruction of the gun - 6 km, height of destruction, - up to 4,5 km, rate of fire - 120 shots / min. The maximum speed of the targeted objects is 500 m / s. The optoelectronic detection and aiming system of the combat vehicle allows to carry out panoramic observation of the terrain on 360º, as well as to conduct a sector review.
Ctrl Enter
Noticed oshЫbku Highlight text and press. Ctrl + Enter
We are
The deadlines for the end of state tests of the ZAK "Derivation-PVO"Summary of the week from voenkor Mag about events in the DNI and LC 21.04.18 - 27.04.18
Military Reviewin Yandex News
Military Reviewin Google News
83 comments
Information
Dear reader, to leave comments on the publication, you must sign in.