"Digital sovereignty of Russia": a fairy tale that should come true 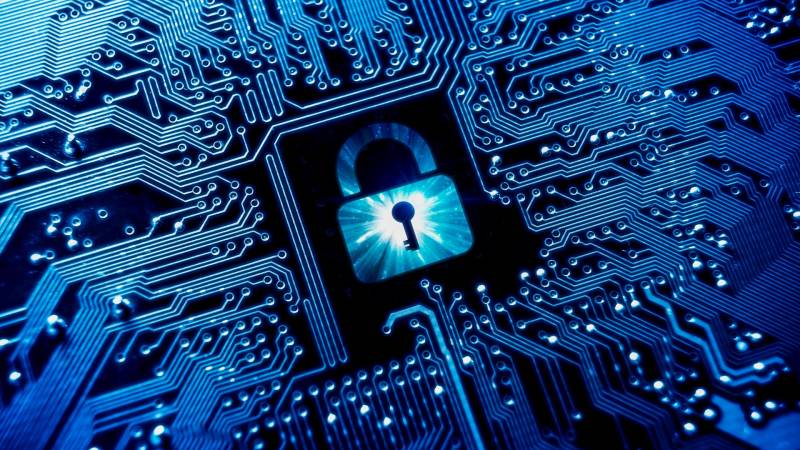 Between the devil and the deep sea

The IT entity has permeated our lives through and through. Smartphones, tablets, smart gadgets and computers connected to the World Wide Web have become an integral part of our being. Broadband internet has become as basic a necessity as hot water, sewerage and heating in your home. Moreover, in some regions of the world and in our country, access to the "web" has become primary. In households, they can be heated with wood-burning stove heating, but at the same time use quite modern fiber-optic communication. It would seem that there is nothing terrible in this - a person is organically included in the international agenda, is constantly in touch and has access to unlimited information resources. The only problem is that this cybernetic ecosystem does not belong to Russia. The entire multimedia Internet space around us is divided between the United States and China.

More than 60% of all domains on the Internet are owned by American companies, and more than 50% of global video / audio content delivery networks are also owned by the USA. Transnational giants like Google and Facebook are now competing on an equal footing with world governments. Let's remember the recent history with the blocking of Twitter by President Donald Trump - in this case, the private IT office turned out to be more powerful than the country's first person. At least in the ability to convey your thoughts to the people. The American establishment will be poked at this precedent by foreign critics for a very long time, in particular, experts of the Valdai International Discussion Club in their report “International Competition and Leadership in the Digital Environment”. The authors A. Bezrukov, M. Mamonov, M. Sushentsov in their work quite realistically highlighted all the threats lurking around the loss of the country's “digital sovereignty”.

The events of January 23, when hundreds of thousands of adolescents from all messengers and social networks called for "walks", became an excellent litmus test of what is happening in the country. Despite the fact that a large part of such calls have been blacked out from the network, Russia's vulnerability to the “orange revolutions” controlled from abroad remains very acute. But more on that below. 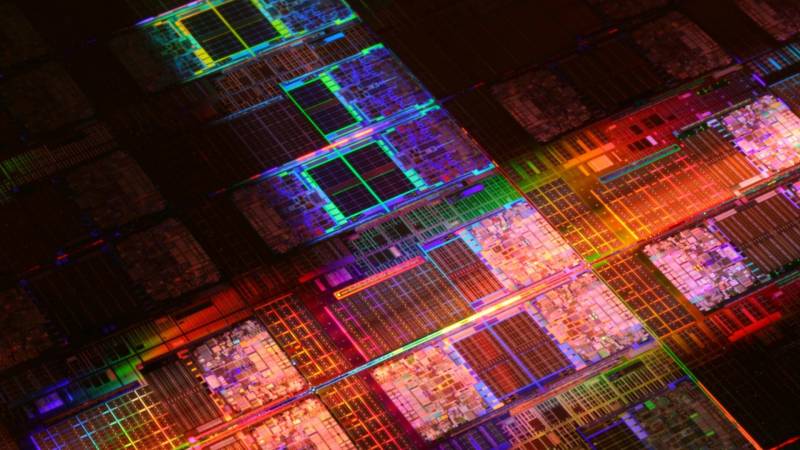 China is doing well in the ongoing IT struggle with the United States. Of course, the introduction of a ban on Youtube and the creation of the "Great China Digital Wall" is too radical for the freedom-loving West, but Beijing has certainly achieved its goal. They manage not only to slow down the American expansion into their own territory, but also to go on the offensive. In general, rivalry in the information sphere is very similar to the logic of military operations. The United States has seized the Middle East's information market with the hands of its tech giants. China is responding by developing 5G networks in Germany, Hungary and 45 other countries around the world. An illustrative example is TikTok, China's first truly sensational breakthrough in information technology. In the United States, now one in three consumes the content of this social network, and its influence on the minds and hearts of Americans is only increasing day by day. Back in 2019, The Guardian accused ByteDance (the owner of TikTok) of lobbying China's foreign policy and censoring content that was not desirable for Beijing. Of course, content that Beijing does not want is very much in line with the foreign policy of the United States. The tension was growing, and Trump ordered to buy the social network from the Chinese due to the fact that the application

could provide China with access to personal and proprietary information of Americans, potentially allowing it to track the whereabouts of federal employees, file for blackmail and conduct corporate espionage.

It was in this phrase that the President of the United States revealed the essence of the threats posed by social networks against national security. At the same time, ByteDance is registered in the Cayman Islands, and the servers are controlled by the transnational Alibaba Group. By the way, the Americans did not manage to buy the popular social network.

In Russia, TikTok was destined for an even more sinister role as the mouthpiece of the teen revolution on January 23rd. At the moment, more than 100 million views have collected numerous videos explaining how, where and when to go on the notorious protest "walks". And even though some of them are recorded exclusively on the "hype", but a large share was the result of a complex and clearly planned action. The public, television and government agencies with a great delay realized the danger of the once harmless and stupid "toy in a smartphone". TikTok's defamatory content has poured from television screens, which only adds to the platform's popularity. The forbidden fruit is known to be sweet. And it is very difficult to close the Chinese network now. Firstly, all Google and Apple app stores are outside the Russian jurisdiction. And secondly, users can easily bypass most of the restrictions using VPN mode. Thirdly, for full-fledged protection, you will have to build your own "Great Firewall", and these are huge resources and an ambiguous reaction from the public. In the best case, the story will repeat itself with Telegram, which was banned in vain and for a long time, but in the end was allowed with great reputational losses. After that, does anyone still have doubts about the need for Russian "digital sovereignty"? 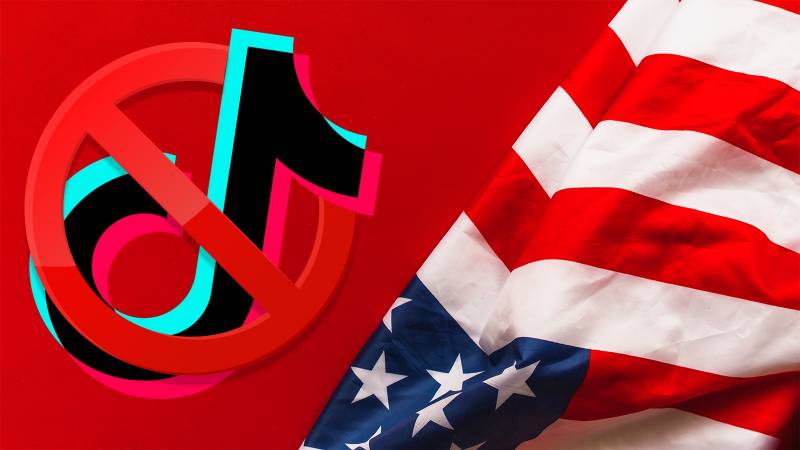 Source: securitylab.ru
Even if you try not to pay attention to all sorts of TikTok, Instagram and YouTube (which, of course, is impossible), then you can not hide from software solutions, for example, SAP, Oracle, CISCO and Microsoft. If this software at one point turns out to be inoperable in Russia, then the consequences may well be catastrophic. Disconnection from the notorious payment system SWIFT, which has been frightening the country since 2014, paralyzes all exports.

But this is only part of the problem. The second no less important threat to Russian national interests was the catastrophic lag in the field of microelectronics. At one time, the Soviet Union fully provided itself with such technology, albeit not the most advanced in the world, but quite bearable. Now, the products of Russian microelectronics, according to Deputy Prime Minister Yuri Borisov, are not even present in world statistics! It is pointless to talk about how critical the lag in the field of "computer hardware" will be for the country's defense. It is impossible to create high-tech electronic components weaponswithout having the technologies for the development and production of civil digital integrated circuits. And this, it should be noted, is very expensive. For example, the Taiwanese company TSMC plans to build only one factory in the United States by 2029 to assemble microcircuits with topological norms of 5 nm, worth 20 billion dollars.

Light at end of tunnel

A picture painted in dark colors needs to be refreshed with notes of optimism. In the story of Russia's “digital sovereignty”, not everything is in dense negativity. First of all, the country has its own popular platforms, such as VKontakte and Odnoklassniki, which can create real competition for foreign social networks. The Gosuslugi website, with its two trillion visits annually, is the world's most popular public services platform. According to analysts of the Valdai Club, the share of the digital economy in Russia's GDP is growing every year, and by the number of Internet users the country is in the world Top-10. In the end, two financial and technological corporations, Yandex and Sberbank, are being created in the country, whose ecosystems will soon include almost the entire life of a Russian - from taxi and pizza delivery to buying real estate and listening to music. On this basis, it is quite possible to prepare an invasion of the domain of the US and China IT giants. 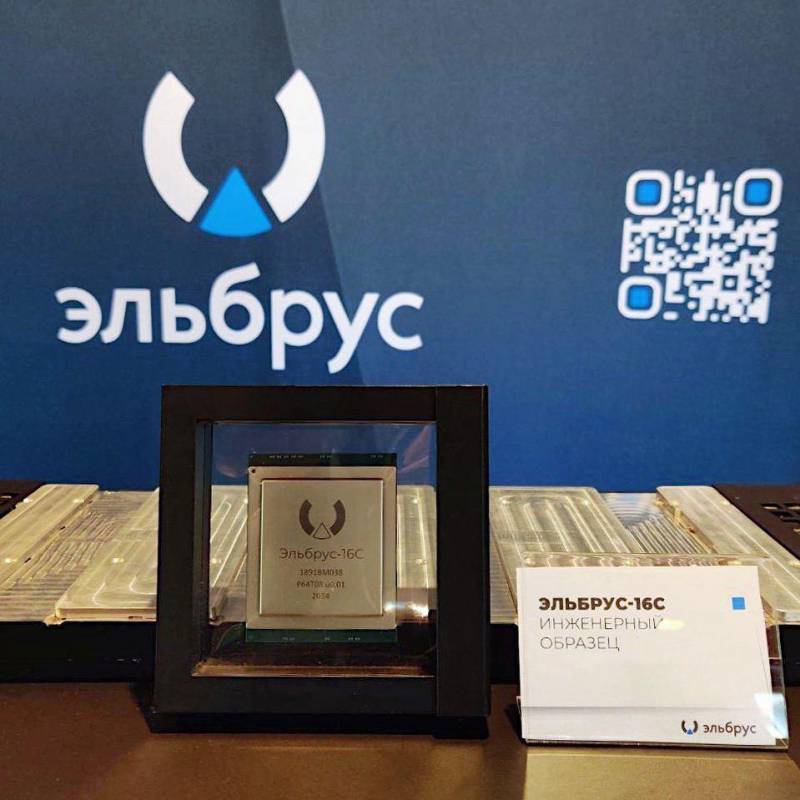 Source: ixbt.com
With "computer hardware" everything is more complicated. On the one hand, the state will invest up to 800 billion rubles in the next four years in the development of Russian microelectronics. There are plans to create factories working with topological norms of integrated circuits from 5 to 28 nm. But on the other hand, the allocated money may not be enough - the mentioned company from Taiwan has laid a larger budget for only one 5 nm microcircuit factory. Or, for example, the 22nm POWER8 processor from IBM was worth $ 2,4 billion. In general, the average cost of developing one processor reaches three billion dollars. And this is in the presence of the necessary production base, that is, roughly speaking, machines. In Russia, it was decided to create, practically from scratch, a whole line of domestic integrated digital microcircuits for just $ 11-12 billion. The second reason why a large-scale program can turn into another Rusnano is the main contractor, the state corporation Rostec. Once again we are stepping on the old rake, entrusting innovative products to government-run companies, rather than announcing fair competitions and tenders for the best ideas. Why not entrust the competition to two titans of the Russian technology market - Yandex and Sber?

Ctrl Enter
Noticed oshЫbku Highlight text and press. Ctrl + Enter
We are
Situational analysis of the death of the MH17 flight (Malaysian Boeing 777), made on the basis of engineering analysis from 15.08.2014Results of the week. “In our cooperative, the board is always agreed”
Military Reviewin Yandex News
Military Reviewin Google News
196 comments
Information
Dear reader, to leave comments on the publication, you must sign in.