"It is forbidden to turn on during the day without a diaphragm and direct at a bright light": about the features of the NSP-2 night sight of the 1950s 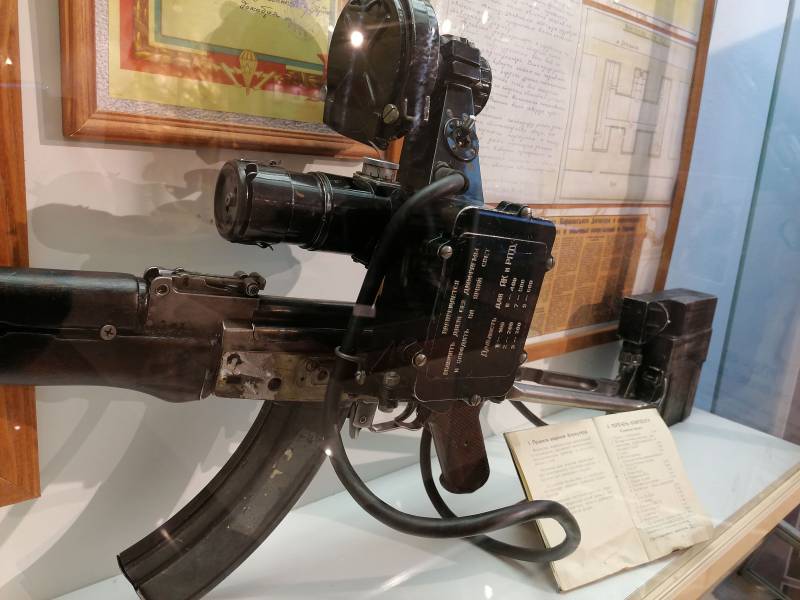 "It is forbidden to turn on during the day without a diaphragm and direct into a bright light." This inscription is made on the device, which was one of the first devices, as they would say now, night vision - for a combat rifle weapons... We are talking about a device designated as NSP (NSP-2) - a night rifle scope.

The night rifle scope made it possible to conduct aimed shooting at targets in the dark, which, for obvious reasons, increased the effectiveness of the use of firearms. However, this complex cannot be called easy to use. There are reasons for this.

For a start, it should be noted that the NSP (NSP-2) was used not only on Kalashnikov assault rifles. They were also equipped with RPDs (Degtyarev light machine guns), as well as anti-tank hand grenade launchers (RPG-2).

The principle of operation of the night rifle scope belongs to the principles typical of illuminated scopes. The target was illuminated by a powerful headlamp. For obvious reasons, the principle is not at all the same as is characteristic of night vision devices today.

The photographs show that the NSP (NSP-2) is a device of impressive dimensions. It was connected to an assault rifle, machine gun or grenade launcher using a special dovetail mount. At the same time, the night rifle scope itself weighed almost 5 kg (4,9 kg in firing position). For its operation, a rechargeable battery was required, the mass of which was about 2 kg. The total mass of the complex based on the AKMSN with all the aiming devices was 16 kg, unthinkable today. At the same time, firing using such an aiming system was limited to about 3,5 hours - after that it was necessary to change the battery.

Indicators of the field of view for NSP-2 - 8 degrees. In this case, the scattering angle of the searchlight, which was part of the complex, is up to 6 degrees.

The complete list of items included in the NSP-2 of the 1950 model is impressive in its vastness: in addition to the sight with the diaphragm itself, it is a power supply with a low-voltage converter and a 3SC-25 battery, a bag, a case, numerous spare parts and accessories, including a light filter, a frame , drying cartridge, RB-3 spark gap, spare battery, protector, two headlights, contact nuts to the battery. 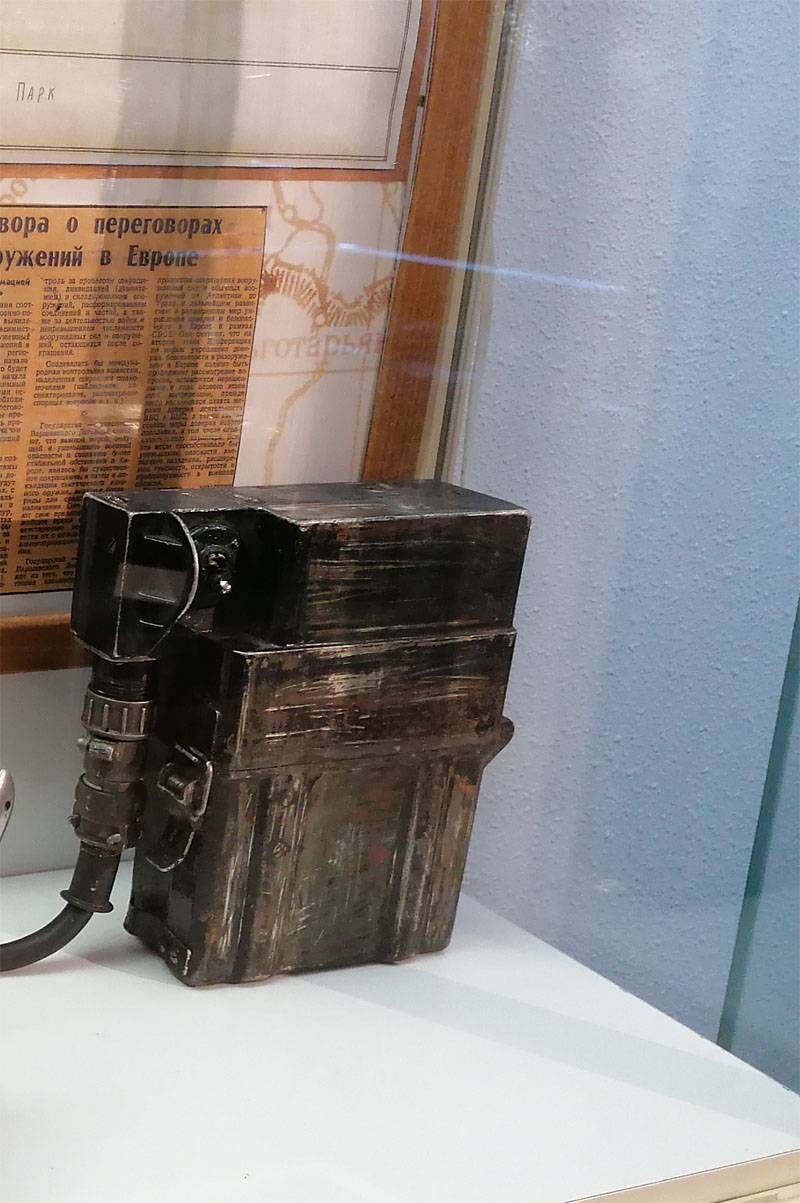 So that the power cord does not interfere with the shooter, if possible, it was attached to the body with a special bracket.

Such equipment for conducting aimed shooting at night was supplied, among other things, for the USSR Airborne Forces.

It is not hard to imagine how much effort it took to at least set up this entire sighting system for firing, not to mention how much effort was expended in carrying it as part of a soldier's general equipment.

Ctrl Enter
Noticed oshЫbku Highlight text and press. Ctrl + Enter
We are
An-12 in AfghanistanThe fire control devices of the Soviet and German tanks of the Second World War. Myths and Reality
Military Reviewin Yandex News
Military Reviewin Google News
39 comments
Information
Dear reader, to leave comments on the publication, you must sign in.