"If Turkey intervenes in Kashmir, we will send ships to the Aegean Sea" - at a seminar at the Indian Military Academy 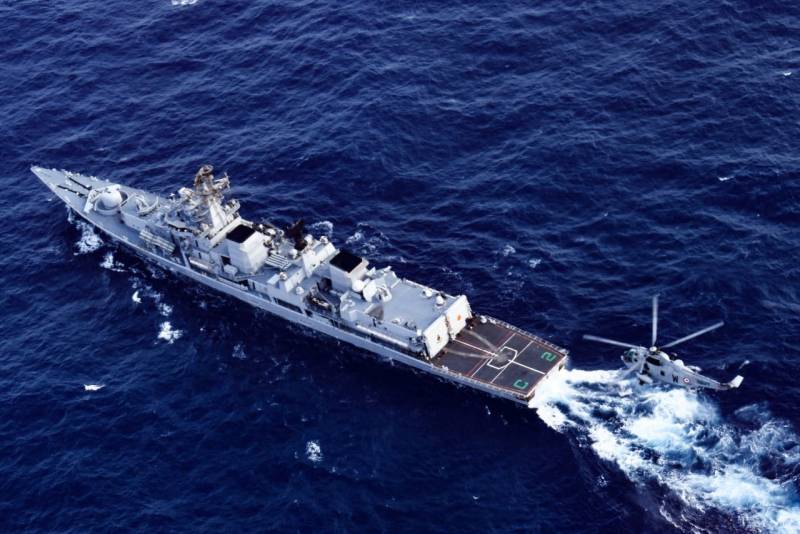 India is reacting tough to the news that Turkey is ready to support Pakistan in the Kashmir issue. At the same time, the Indian press notes that there is evidence that Turkey is already providing some support to illegal armed groups in Kashmir.


The statement is given by the retired Major General of the Indian Armed Forces Gagan Bakshi, who at one time commanded a battalion (being in a different rank) during the Kargil War (the 1999 armed conflict between India and Pakistan).

A retired general at a seminar at the Indian Military Academy:

If Turkey intervenes in Kashmir, we will send our ships to the Aegean Sea.
It is noted that the dispatch of Turkish mercenaries to the borders of India causes deep concern in New Delhi. At the same time, India is celebrating the "dangerous game started by Ankara." In particular, it is said that Turkey has not previously opposed India militarily, and the new initiatives of the Turkish authorities are a "dangerous precedent."

Our warships in the Aegean Sea could take part in joint exercises with the Greek Navy, which made it possible to increase coordination in military interaction with Athens. And then the Greek ships would be worth inviting for exercises in the Indian Ocean.
New Delhi is studying the option proposed by General Bakshi. In particular, he noted at the military academy that this could well serve as a signal for Turkey:

You don't need to cross the red lines in a relationship. This is a dangerous precedent from Turkey.

Ctrl Enter
Noticed oshЫbku Highlight text and press. Ctrl + Enter
We are
Reports from the militia of New Russia for 27-28 September 2014 of the yearInterview of Vladimir Putin with Radio Europe-1 and TF1
Military Reviewin Yandex News
Military Reviewin Google News
62 comments
Information
Dear reader, to leave comments on the publication, you must sign in.