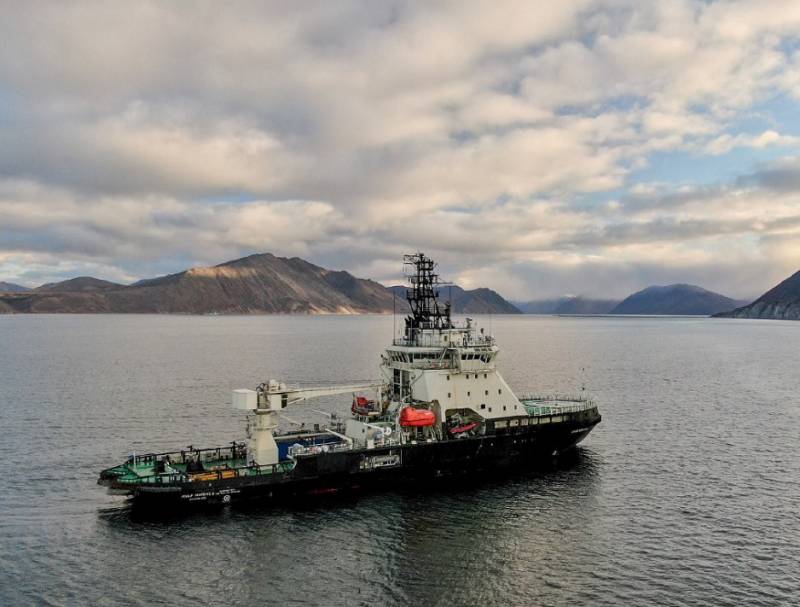 The Northern Sea Route is the shortest from Europe to Asia, and this explains the increased interest in it from a number of states, including, of course, not only Russia, but also the USA, China, Japan, Great Britain and other countries. The envy of other countries towards Russia is understandable: at present, the NSR is fully controlled by our country. However, the United States has repeatedly stated that it should belong to "all humanity", by which, as well as by the mysterious phrase "world community", is understood, of course, the American state.


The legal nuances of belonging to the NSR is one aspect of the problem, but there is also a military component. It is not for nothing that the United States and NATO have recently paid special attention to the Arctic, constantly conducting military exercises and maneuvers in the immediate vicinity of the Russian borders. Russia, of course, has to respond to these challenges by building up its military potential in the Arctic region.

Thus, the Joint Strategic Command "Northern Fleet" was formed, which from January 1, 2021 received the status of a military district. It is responsible for the security and defense of such regions as the Arkhangelsk and Murmansk regions, Komi, the Nenets Autonomous Okrug.

The Barents Sea under the gun of NATO

The most dangerous from a military point of view sections of the Northern Sea Route is, first of all, its westernmost section. This is a region of Murmansk. In the northwest, the Murmansk region borders with Norway. This country is a member of the North Atlantic Alliance, and its political course has recently been anti-Russian.

In the fall of 2020, it became known about the plans of Norway and the United States to resume the operation of the naval base in Olavsvern, closed in 2002. To the border with Russia from Olavsvern about 350 kilometers.

It is planned to deploy the Seawolf-class nuclear-powered submarines of the US Navy. If deployed in Norway, the American Sea Wolves will pose a serious threat to the security of the Northern Sea Route, especially in the Murmansk region and the coast of the Murmansk region.

In addition, NATO regularly uses military bases on the territory of Sweden and Finland, which are formally neutral and not part of the bloc. This means that in the event of a military conflict, strikes can also be made from the territory of these states in the Russian Arctic, primarily in the Murmansk and Arkhangelsk regions and those sections of the Northern Sea Route that run along their coast. For example, during the NATO exercise Trident Juncture, the Finnish Air Force bases in Rovaniemi and the Swedish Air Force bases in Kallax were used.

Another potentially dangerous section of the Northern Sea Route from the point of view of military threats is located in its most eastern part, in the Chukotka region. It is not so far from the American continent, namely, to the state of Alaska. The 11th Air Force of the United States Air Force, headquartered at Elmendorf-Richardson military base in Anchorage, Alaska, is responsible for air control of the Bering Sea.

Thus, the main threats to the Northern Sea Route are the possible aggressive actions of the United States and NATO, in which, in the first place, with a greater degree of probability, submarines, missiles, aviation... The most dangerous sections of the NSR are at its beginning and end, that is, in the Murmansk region, in the Barents Sea, and in the Chukotka region, in the Bering and Chukchi seas. In the first sector, NATO focuses on submarines, in the second, on missiles and aircraft.

Ensuring the safety of the Northern Sea Route in these areas is directly related to the further increase in the defense power of Russia in the Arctic region through the development of anti-missile and air defense systems, anti-submarine warfare, an increase in the number of its own submarines and surface ships, and the strengthening of the potential of aviation and coastal defense forces.