Teach what is necessary in war

August 21 2012
161
War! There is nothing good in it to the reptile, except a fair and liberating component! And so - death, pain, blood, destroyed cities and human destinies! We are a peace-loving people - the Russians, but the one who comes to us with a sword comes, he will perish by the sword - this is not once stories we naturally proved! Here are just krovushki shed a lot of their own and, if we analyze the history from today's 1904 to today, it is not always justified, and sometimes completely unjustified, we acted according to the principle “Nichavo! Peasant Russians give birth again! ” 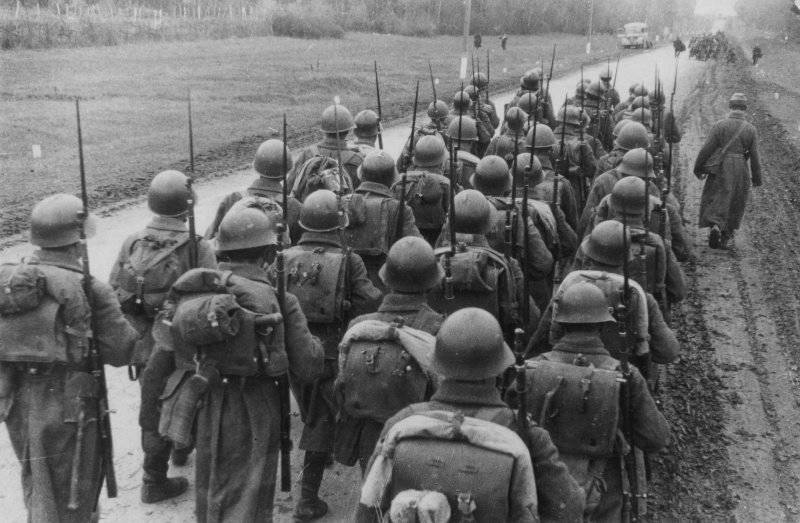 But you don’t have to mix up the heroism of the people with the mistakes of commanders and commanders of all levels who send soldiers to battle! And do not about the justified sacrifices, too! We have an article for rash actions that led to the breakdown of expensive equipment in the factory and factory, and there is an article for rash actions of the commander on the battlefield that led to the death of military personnel strangely clouded with phrases like “What do you want, because this is war!” Or “In a combat situation there is not and cannot be a structurally logical chain of actions!” But this one is like: “The combat algorithm is unpredictable in terms of the percentage loss of l / s and equipment” and “locked down” the regiment after the regiment at anonymous height 376.4, creating called "see fields mouths ", where in the spring on thawed vytaivali of three layers of dead bodies in the summer uniform, then in quilted jackets, and on top in winter overcoat and boots!

Stop criminal attacks in the forehead of the village.

Stop attacks in the forehead on the heights with good shelling.

Attack only on ravines, forests and little shelled ground.

15 March 1942. The city of Zhukov issues a special order regarding attitudes towards personnel, beginning with the words: “In the armies of the Western Front, an absolutely unacceptable attitude towards the saving of personnel has recently been created. Commanders, commanders of formations and units, organizing combat, sending people to perform combat missions, not responsibly approaching the preservation of fighters and commanders. The recent bid for the Western Front is replenished more than other fronts 2 – 3 times, but this replenishment is negligent and sometimes criminal in relation to the commanders of the units to save people's life and health is quickly and unacceptably lost, and some of them remain incomplete.

We will leave a scientifically based percentage of losses in an army offensive and talk about how to reduce them! 200 cargo has its irrefutable truth on the increasing line of military ranks and positions, as well as the types, types of the Armed Forces. This is about the lowest component - the private - the sergeant - the motorized infantry and we will talk! About her darling, about the infantry!

What needs to be done now in the “new look of the Armed Forces of the Russian Federation” so that the casualty loss index decreases, in other words, our soldiers would die less on the battlefield! Immediately discard the teachings against Somali pirates and international terrorists in a hut blocked by two motorized rifle brigades, strategic aviation, 3 submarines and special forces of the GRU.

What is necessary now, in a very turbulent international time, to dramatically intensify our motorized infantry in the line of individual training for the year is real, and not on paper, in order to successfully resist the army of Zamumbia or, if you like, Natonia in the future:

 Fire individual training moto arrow - this is when a fighter confidently hits a target with personal and auxiliary weapons, as well as confident with the firing means of the unit. Competent firing position equipment throughout the grid of the relief and seasons. Skillful possession of all types of grenades. And do not be sorry for this bullet! Type shoot before the oath and enough with you! At least 3 once a month !!! Think over the award insignia (patches) for the implementation of standards "perfectly well" with the issuance of certificates, by type of weapon. Confident orientation on target designation and fire pattern. Knowledge of enemy fire destruction in a field, forest, mountain – desert terrain, in a city. Defeat targets at night and in special conditions. Coordinated actions on the battlefield as part of a unit and in battle groups.

 Individual medical training motorized infantry - an important question, often defining the brink of life and death in small local counter-terrorist operations of our time and significantly affecting the percentage of losses in a big and liberating war! At the moment, our soldier is very vaguely familiar with even the primary military-medical actions to eliminate pain, stopping venous and arterial blood, primary treatment of the burn zone, treatment of amputated wounds of extremities, stitching of cut wounds and actions to normalize and prepare wounds. level chest-belly, according to the types of stabilized injections. It is urgently necessary to proceed to the industrial production of an individually medical kit with blocks of types of injuries and wounds (primary surgical unit special attention), blood transfusion systems. Why only in war do we see a photo of a soldier’s automatic rifle where a medical tourniquet is wrapped around the butt? Each soldier must firmly know the basic types of imposing medical dressings and fixing them - these are the precious moments when there is a question of the life and death of our soldier, sergeant and officer !!! Military medical training of soldiers at a special control! The point about the complex of measures for hygiene in the field, I would highlight for the soldier especially, as they say, the toilet is good and the washstand in the hospital and even the air freshener is worth it, so why just lice and dirty soldiers in the war? A special distinguishing mark (badge) for excellent knowledge of military medical training!

 Individual and confident ownership of various communication systems - in modern war, the role of communication is difficult to overestimate - battle management is its foundation! Possession of a division's radio communication systems significantly increases the chances of winning. Radio training imitation of battle, excellent possession of the band - frequency change of channels and call signs, the ability to clearly and in a short time to disassemble the work of the call signs and not create chaos on the air, these are prerequisites for the harmonious work of soldiers on the battlefield! Kadov their actions in all types of battle and, of course, the modification of digital communications in the army, their storage and charging in the field and is one of the guarantees of our victory! Further modification from the interference of closed communications systems platoon - company - battalion - brigade. Badge (badge) for excellent possession of the motorized infantry military communication systems!

 Military topography - for the soldier, now at the level of a joke. The old woman on the bench in the village, another old woman: "Look, Ivanovna, the military will go, the map is unfolded - they will now ask for the way!" If 35 masters the topographic percent signs with a grief in half, I’m keeping silence about the tactical military with the situation. Our soldier does not know the coordinate systems and work in them almost, if you still talk to him about the system of geographical coordinates, he grumbles something if he studied well at school, and questions at the level of the system of flat rectangular coordinates, polar and bipolar coordinates cause him a shy smile . And the nomenclature, the measurement of distances, the determination of slopes and areas, the construction of directional angles, target designation from the conventional line, the determination of the mutual visibility of points, the determination of the angle of shelter cause pensiveness on the face! I would especially like to note the orientation of the terrain, the movement in azimuths and work with the simplest magnetic compass. All this is necessary to know the soldier firmly and confidently in the war! Special badge (patch) for excellent knowledge of military topography!

 Individual hand-to-hand combat - “A man only once in his life officially becomes a beast, and even worse than him - it's in hand-to-hand combat in war! "A very important component of the combat training motorized infantry, which is almost forgotten. Kick butt, if that! Protection from a knife strike from above, below - that's all !!! Yes! A motorized rifleman is not a ninja or a Special Forces Airborne, but this is not cannon fodder, in order to limit it to a banal set of hand-to-hand combat. It is time to finally turn around in this issue face. Only stabs with a knife are larger than 20 (main), lethal strokes are fewer, but enough too. Receipts with an infantry shovel, painful seizures, seizures for strangulation, for fracture, sweeps and release from capture by the enemy. There is an army hand-to-hand fight, there are combat techniques, special forces hand-to-hand combat systems, everything is there, but our soldier does not know this, at least not worked out to automaticity. At my request to private soldiers, to show the fighting postures of working with a knife (holding and striking the upper, lower, side, as well as interceptions and throws), points of impact on a person’s contour, automatic strikes, shoveling or blocking enemy strikes, care, proper fall — work units and then usually former athletes siloviki. Do not panic, they say, we will prepare the murderers (and in fact, what are we, gardeners preparing for the Army?) Now on the Internet and books on the shelves of this information, and without us abound. In war, it is necessary - yes, it means cooking seriously and daily! A special distinctive sign on the uniform of a soldier (stripe) for excellent possession of hand-to-hand combat techniques !!!!

Maybe someone will say that I am an idealist and a dreamer, someone - that we have all this in the Army for a long time and seriously exists, and someone that is already on the line of a new look in constant-readiness brigades in the order of things! God forbid! If it is true! God forbid !!! I never doubted our soldier, a quick-witted and quick-witted soldier, a mischievous and cunning one, a strong spirit and fearless, a hard-working and hardy soldier, a soldier faithful to his oath!

Give him every day with delicious porridge and sweet compote my 5 points, give real, and not on the page of the magazine of combat training and the weekly schedule of classes, lonely hanging under plexiglass in the company, give! And in a year, our Army will become not just invincible, it will become an army respected in the world, which means that we will have peace in the future! The world for the sake of which our army exists !!!