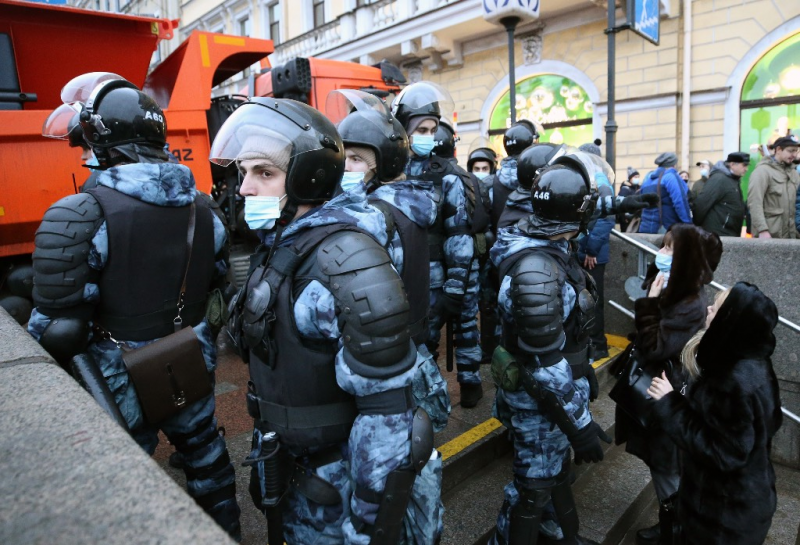 The most talked about episode of the events of January 23 is the one where the St. Petersburg policemen were leading the detainee, and one of them kicked the woman who had pounced on them.


The woman was in the hospital just in case, and a policeman visited her with an apology and flowers. (Personally, I am sure that he was sent there by the worn out authorities). She first announced her Orthodox position. But then, perhaps fueled by the professionals of the colored revolutions, she filed a lawsuit against the policeman in the Investigative Committee. (By the way: what I still despise the democrats for is that they, unlike decent people, do not protect women and children, but hide behind them).

If a man had attacked a policeman, the incident would not have attracted any attention. But the woman changed everything.

This suggests that the tolerance that we laugh at, observing it in America and Europe, has already penetrated into our society and is beginning to corrupt us. After all, no one would have allowed the thought of condescension to Tonka the machine-gunner because she is a woman. And not only during the war or immediately after its end, but also much later until the very death of the USSR.

And now we have already come to terms with the innermost value of a democratic regime: in a democracy, everyone is equal, but some are more equal. And the most savvy enough to portray themselves as weak or offended, and the law is no longer written for you: you can already ram the people around or the state structures yourself. Here lies the most serious threat to any state and its citizens, which can lead to their death.

But we - ordinary residents - are interested not only in this fact itself, but also in its upcoming denouement, since the future of our country and ourselves directly depends on it.

There are two possible poles in resolving this conflict:

1. State structures view this case as an attack on a government official: the actions of the police officer are recognized as correct, and the attacker is condemned to the fullest extent of the Law.

2. The state structures convict the police officer who stopped the offender of the wrong gender and condemn him, and the woman is apologized further.

In the first case, the state will demonstrate firmness in upholding law and order and will send a signal to its citizens and the whole world that it will fight for its existence to the end.

In the second case, there will be a signal that circles aiming at another surrender of Russia to the "civilized community" have gained the upper hand in the power structures of the state.

In this case, enemies from all sides will pounce on the country with renewed vigor, who will again be supported by the “fifth column,” counting on the mercy of the western masters for the services rendered.

At the same time, the current "seven-bankers" do not want to remember all the Gusinsky, Smolensk, Berezovsky and others who dreamed of remaining billionaires in the "free world." But this is their problem.

Our trouble is that then it will be much worse for us.

As it was written in the quotation book of the Great Helmsman:

Dig holes, store grain.
In the meantime, we will observe the development of this process.

Ctrl Enter
Noticed oshЫbku Highlight text and press. Ctrl + Enter
We are
A great interview with Sergey Lavrov: about Ukraine, Obama and IranWhat you didn't want to know about England
Military Reviewin Yandex News
Military Reviewin Google News
973 comments
Information
Dear reader, to leave comments on the publication, you must sign in.