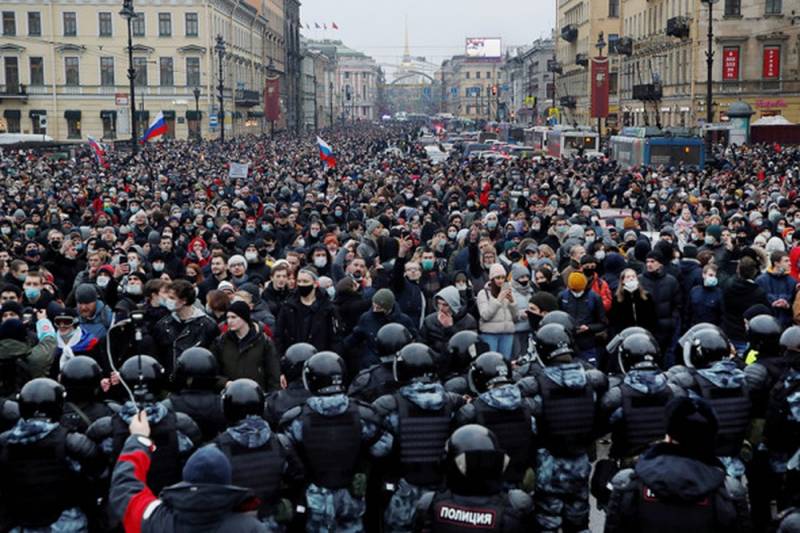 In the United States, 2021 began with supporters of the losing president, Donald Trump, storming the Capitol, after which tens of thousands of National Guard fighters were brought into the capital. And although there were no less large-scale phenomena in Russia, no one began to introduce martial law in Moscow.


Ethan Roff, who wrote an article for AgoraVox, analyzed the situation in the Russian Federation and the United States, comparing the reaction of the authorities to the protests in the two countries.

Based on facts and logic, the French press called the difference between the government in Russia and the United States.

Traditionally, the United States in the West was considered a stronghold of democracy, while the Russian Federation was considered an almost totalitarian regime. But protests and retaliatory actions by the authorities and law enforcement agencies in these two countries made Europeans doubt this statement.

According to Roff, the protests in the United States demonstrate the extent to which the split has reached in American society, which has split into at least two warring camps. At the same time, protest actions in Russia practically did not affect ordinary Russian inhabitants. It was not the people who took to the streets, but representatives of the opposition, who defended one of their leaders - Alexei Navalny.

At the same time, the author notes that opposition figures in Russia do not shun even the most unworthy methods of campaigning, trying to involve minors in protest actions.

Navalny's team went into a kind of political pedophilia by campaigning for children. A dubious decision, especially considering that the opposition was expecting a reaction from the police to unauthorized rallies.
- writes Roff.

At the same time, the Kremlin did not take such draconian measures that Washington took against its citizens. In Russia, no one called the protesters "domestic terrorists."

The reaction of the Russian authorities was harsh, but they can hardly be blamed for crossing the red line.
- says a French journalist.

Ctrl Enter
Noticed oshЫbku Highlight text and press. Ctrl + Enter
We are
Reports from the militia of New Russia for 27-28 September 2014 of the yearRussia is taken to the Golden Billion
Military Reviewin Yandex News
Military Reviewin Google News
183 comments
Information
Dear reader, to leave comments on the publication, you must sign in.