USA, Iran and Israel. Is the confrontation resolved? 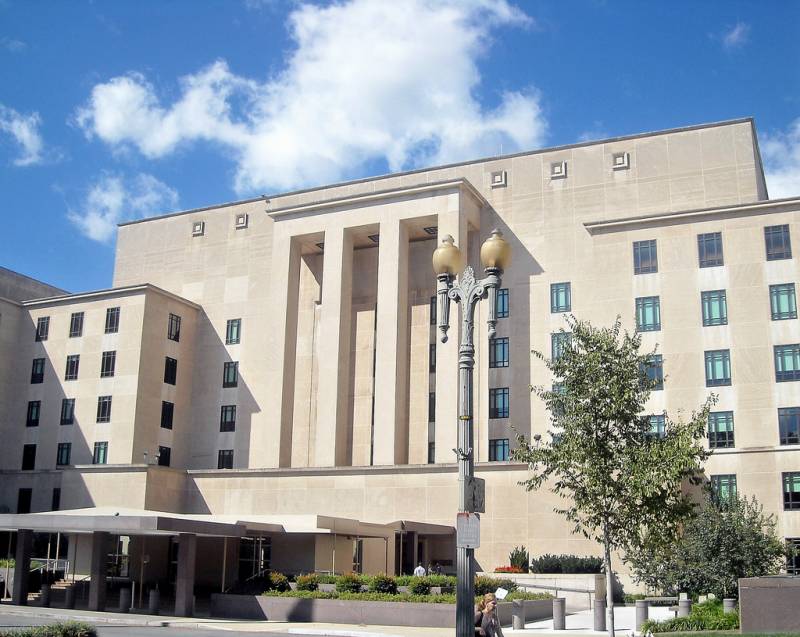 In the Middle East, the confrontation between Iran, Israel and the United States continues. Three countries actively defend their interests, which is why the situation remains difficult. In addition, it is influenced by the change of power in Washington. New President Joe Biden may change the course of the US Middle East policy, which will certainly affect the general situation in the region and relations between the countries.

For many years, Washington and Tehran have regularly accused each other of various aggressive actions, and also exchanged sanctions. Another exchange of this kind took place in the first half of January. The United States and Iran have added to the lists of organizations and individuals subject to restrictions.

In early January, the Treasury Department and the US State Department imposed new sanctions against 12 Iranian steel companies and one individual. Also under the restrictions were a Chinese metallurgical company cooperating with Iran, and three organizations from China, Germany and the UK controlled by the Iranian side.

A new package of sanctions followed a few days later. This time, the State Department has taken action against several other steel companies in Iran, China and the United Arab Emirates. In addition, Iranian state maritime organizations, aviation and the aerospace industry. They are accused of trading weapons. 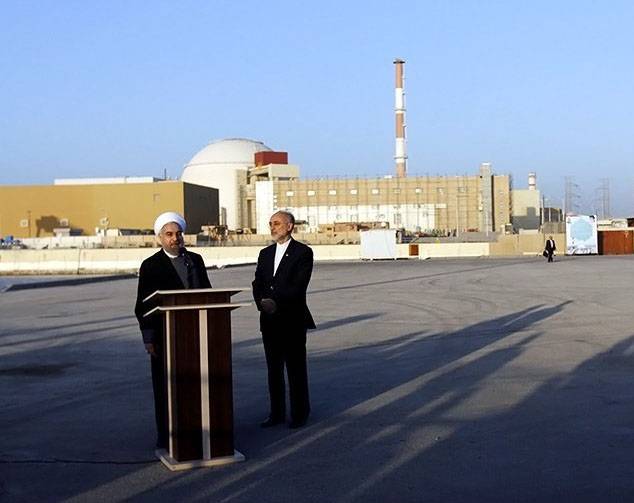 Iranian President H. Rouhani and the head of the Atomic Energy Organization A. Salehi at the Bushehr nuclear power plant, 2015. Photo Tasnimnews.com
Iran responded with its own sanctions against a number of US leaders. For supporting "terrorist crimes against Iran", the current US President Donald Trump, two heads of the military department, the head of the CIA, etc. were added to the sanctions list.

In 2015, the Joint Comprehensive Plan of Action (JCPOA) or "nuclear deal" was adopted - a set of measures to reduce the Iranian nuclear program in exchange for lifting international sanctions. The plan was successfully implemented until the spring of 2018, after which the Trump administration decided to withdraw from the deal, since it was not in US interests. This step sharply worsened relations between the countries and led to a new complication of the situation in the Middle East.

Official Washington intends to seek a settlement of the situation in the Middle East and is already taking active measures. It is curious that a number of important News and statements were made even before the inauguration of the new president. This may indicate the high priority of current processes and the desire of the new presidential administration to quickly achieve a peaceful resolution of contradictions.

A few days before J. Biden's inauguration, Israeli media reported the start of negotiations with the participation of advisers to the new American president and representatives of Iran. The topic of the consultations is the resumption of the "nuclear deal" in one form or another. Subsequently, such news received confirmation in the form of new messages.

On January 19, the day before J. Biden took office as president, future Secretary of State Anthony Blinken spoke about Washington's intention to resume cooperation with Iran on nuclear issues. On the basis of the old JCPOA, it is proposed to create a new similar plan that meets modern requirements. At the same time, it is necessary for Iran to meet halfway.

In 2015, Iran, despite certain claims and remarks, joined the JCPOA. In 2018, the Iranian side made every effort to preserve the "deal", but the US withdrawal forced it to reconsider its plans. The latest news from Washington is again forcing Iran to adjust its policy and make new statements. 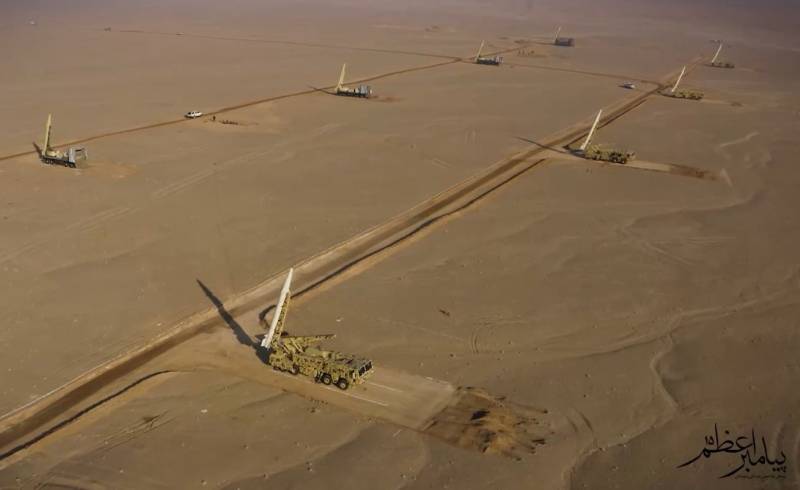 Iranian missile systems. In the future, they may receive nuclear weapons, which worries third countries.
Photo Imp-navigator.livejournal.com
So, shortly after the inauguration in Washington, Iranian Foreign Minister Javad Zarif called on the new American president to return to the implementation of the JCPOA, as well as to unconditionally lift all existing sanctions against Tehran. If the American side joins the "deal" again, Iran is ready to cancel all its measures taken since 2018. At the same time, the Iranian Foreign Ministry does not consider it possible to revise the terms of the JCPOA.

Then the topic of lifting the sanctions was raised by Iranian Vice President Eshak Jahangiri. He noted that the country, despite the continuing sanctions, is showing outstanding success in the oil and gas industry. Thus, in December and January, oil exports reached record levels. The desired lifting of sanctions will lead to obvious positive consequences: "winter is over, bright days await the Iranians."

Third party to the conflict

In general, some warming of relations between Iran and the United States is outlined - in any case, they are again ready for negotiations. However, other participants in the Middle East confrontation are dissatisfied with this and are taking the necessary measures. The hypothetical lifting of sanctions on Iran and the resumption of productive international cooperation are causing Israel's concern.

On January 26, Lieutenant General Aviv Kohavi, Chief of the General Staff of the Israel Defense Forces, made a number of important statements. He noted that returning to the 2015 JCPOA or concluding a new agreement of this kind is the wrong step from an operational and strategic point of view. The general fears that Iran may continue to work on nuclear weapons and create them - despite official statements about the absence of such plans or real projects.

The IDF General Staff is already reacting to possible changes in the military-political situation. A. Kohavi ordered to prepare operational plans that complement existing documents and correspond to new risks. Naturally, the decision to use these plans will remain with the country's leadership - but the army will be ready to repel threats or take preventive measures. 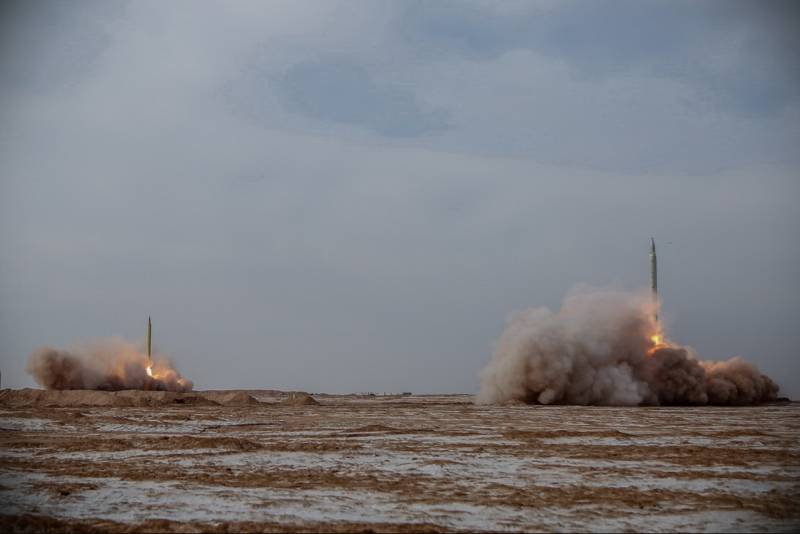 Missile launch at a recent exercise. Photo by the IRGC
Information about the development of new IDF plans appeared in the Israeli press a little earlier, in the middle of the month. At the same time, some details were reported. It was alleged that the chief of the General Staff requested the creation of three action plans to disrupt Iran's nuclear program. One of them should involve the use of military force. Other details are not yet available.

Thus, the situation in the Middle East remains difficult, although some developments in recent days give cause for optimism. However, the plans of the countries participating in this confrontation contradict each other and can lead to new problems of various kinds.

At the moment, the United States declares its intention to peacefully resolve the situation around the Iranian nuclear program and reduce military and political risks. Iran is generally ready for cooperation, but does not want to make excessive concessions. Perhaps, after appropriate negotiations, the two countries will find a common language and conclude a new deal. However, the current situation worries Israel, which is now developing updated military plans.

At the moment, judging by the statements of the participants in the current confrontation, a peaceful scenario should be expected - not the simplest and fastest, but without an open conflict. However, certain fears remain and, accordingly, the risk of the outbreak of war. Israel speaks directly about the possibility of using military force - if the need arises.

It is obvious that all participants in the ongoing confrontation defend their national interests. In this case, a variety of goals take place. Thus, the United States, judging by the latest statements, wants not only to maintain or increase its influence in the region. J. Biden's administration is also going to show its peacefulness and desire to “correct mistakes” of the previous president.

It follows from this that the American authorities will not solve the urgent problem of Iran by military means. Serious reasons will be needed to involve the army, but they will try to avoid such a situation. However, Israel is already expressing fears and preparing to take measures that, in theory, could disrupt US plans. Time will tell whether it will be possible to preserve the fragile peace, dispense with the direct use of force and not destroy the existing alliances.

Ctrl Enter
Noticed oshЫbku Highlight text and press. Ctrl + Enter
We are
Situational analysis of the death of the MH17 flight (Malaysian Boeing 777), made on the basis of engineering analysis from 15.08.2014Strangulation: the context, conduct and consequences of the American naval blockade of China
Military Reviewin Yandex News
Military Reviewin Google News
88 comments
Ad