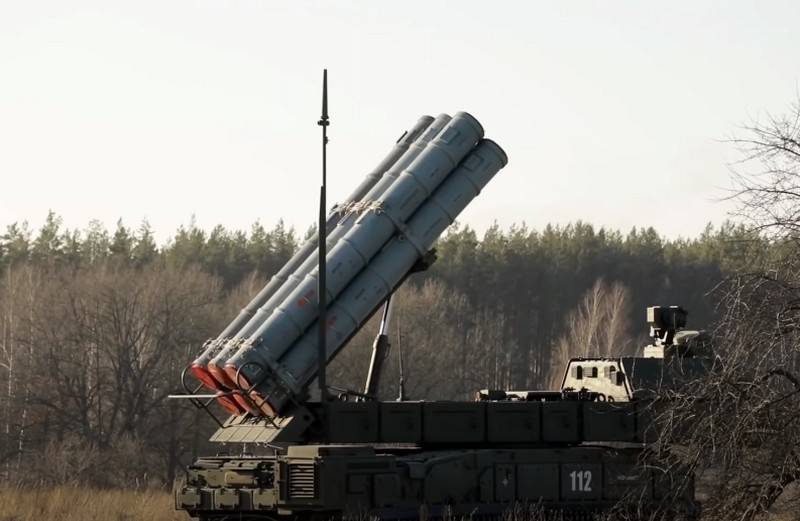 A new anti-aircraft missile brigade will be formed in the Southern Military District, the decision has already been made. Reported by "News" with reference to a source in the Ministry of Defense.


The formed anti-aircraft missile brigade of the Ground Forces will become part of one of the three combined-arms armies of the Southern Military District. The brigade will be armed with Buk-M2 and Buk-M3 anti-aircraft systems.

According to the plan of the military department, the new brigade will become a mobile reserve capable, if necessary, of covering the most dangerous areas, including Crimea. In addition, the transfer of the brigade to the western direction in case of emergency is not excluded.

SAM "Buk-M3" - a complex of military air defense of the fourth generation of medium range. Designed to combat maneuvering aerodynamic targets, firing radio-contrast ground targets and defeat surface targets in conditions of intense both fire and electronic countermeasures. On each self-propelled firing installation, instead of four, as on the Buk-M2 version, 6 anti-aircraft missiles are placed in special launch containers. The new high-speed rocket 9M317M received a homing head. It is capable of intercepting high-speed aerial targets in pursuit of at a distance of 30 km or shooting “over the horizon”. This allows you to aim it at the target with the help of early warning radars (AWACS), fighters or any other airborne reconnaissance aircraft up to unmanned aerial vehicles. The complex is capable of simultaneously firing at 36 targets flying at speeds up to 3 km per second at ranges from 2,5 to 70 km. The probability of defeat is not less than 0,95 – 0,97.
Ctrl Enter
Noticed oshЫbku Highlight text and press. Ctrl + Enter
We are
Yurginskaya brigade of the Central Military District re-armed to T-72B3The Kansk air defense group of the Central Military District is completely re-equipped with upgraded MiG-31BM interceptor fighters
Military Reviewin Yandex News
Military Reviewin Google News
33 comments
Information
Dear reader, to leave comments on the publication, you must sign in.